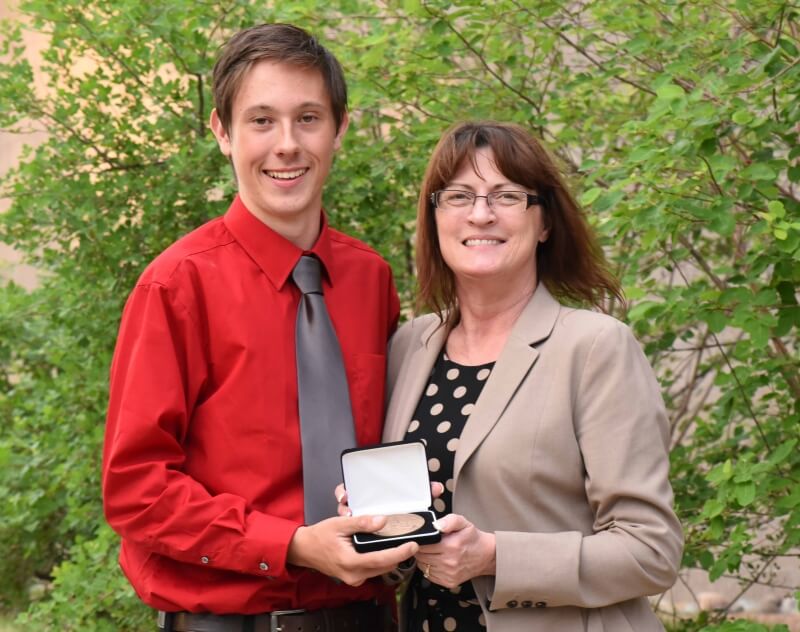 Steven Roach was named the American Numismatic Association’s Outstanding Young Numismatist of the Year during the 2015 Summer Seminar Graduation Banquet for Session 1 on Wednesday, June 24.

The Outstanding Young Numismatist of the Year Award annually honors a young collector for contributions to the hobby and industry. Recipients are recognized as emerging leaders who inspire their peers and fellow collectors.

“Nomination for this award is already prestigious, being awarded is the cherry on top! YN of the Year is the greatest accomplishment I've achieved and I hope that this is the key to many opportunities,” explained Roach. “Never forget that young collectors are the future of this hobby, and I encourage anyone to sponsor a YN, if possible.”

Roach first began collecting when he was eight, after receiving a package of coins from his grandparents. It was the 1936 Buffalo nickel he received that ignited his passion.

Roach is a regular volunteer at the Edward C. Rochette Money Museum, has volunteered at the 2014 Colorado Springs Coin Show and the 2014 Chicago World’s Fair of Money. He has written a variety of numismatic articles including “The Two Cent Piece: How It Came to Be” and “An Introduction to Pattern Coins.”

“I owe my success to those who have helped me in this numismatic journey. Without these fine people my journey would be different,” said Roach. “Only a few years ago I started to increase my numismatic activity, and within this time I've given many numismatic presentations, attended my first major coin show, and have done plenty of volunteer work with the ANA.”

In 2014, he received two scholarships to the ANA’s Summer Seminar, one from the ANA and the other from a local coin club.

Roach hopes to secure a position within the numismatic field while continuing to volunteer at the Money Museum.

Congratulations! Quite an accomplishment. Keep up the rewarding efforts :)

Congratulations, Steven and Well Deserved!! And may I say this is so odd that there are two people named Steve Roach in the ANA and BOTH have been recognized as YN of the year. I saw that the older Steve congratulated you, the younger Steve, on the "Coin World" daily news blast earlier today.

This couldn't have been awarded to a better, more humble and unassuming young person - Steven has such a generous nature, whether it be enthusiastically sharing his knowledge of numismatics or helping with anything else that anyone in need requires. I am so happy for whomever his future employer(s) in this hobby may be, and will likely enjoy watching his future efforts unfold before us all. Great job, Steven; so proud of you!!