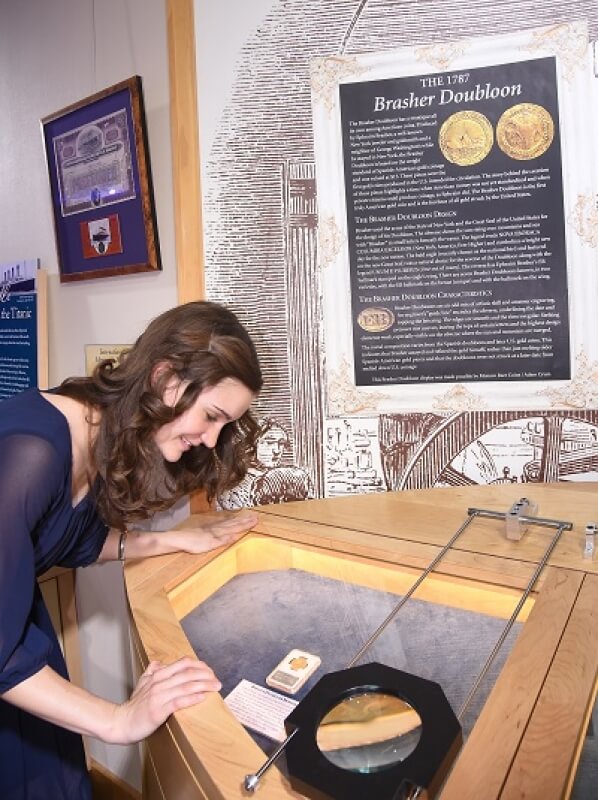 28 Mar 2015
(Colorado Springs, Colorado) -- The finest certified 1787 Brasher Doubloon, the first circulating gold coin struck for the young United States, is on display at the American Numismatic Association’s Edward C. Rochette Money Museum (www.money.org) in Colorado Springs. The coin is on loan courtesy of Monaco Rare Coins of Newport Beach, California (www.MonacoRareCoins.com).
"It is now prominently exhibited in the ANA's Edward C. Rochette Money Museum side-by-side with three other historic United States coins from the ANA's collection: the Bebee/McDermott 1913 Liberty Head nickel, and both the Cohen/DuPont Class I and Idler/Bebee Class III 1804 Draped Bust dollars," said Douglas Mudd, curator of the museum.
The Brasher Doubloon will remain on display in the museum through July. It previously was a featured attraction in Museum Showcases at the recent Portland ANA National Money Show in Portland, Oregon, and at last year's World's Fair of Money in Chicago, again courtesy of Monaco Rare Coins.
"Everyone knows the significance of the year 1776 in U.S. history, but 1787 is actually when our government was created.  It was the year the United States Constitution was adopted.  The Brasher Doubloon is an important numismatic treasure of that historic year, and it should be seen by the public," said Adam Crum, vice president of Monaco Rare Coins.
"The Brasher doubloon is truly a spectacular coin.  Created by New York City gold and silversmith Ephraim Brasher, it is the first gold coin with a distinctly American design struck to the weight and purity standard that would later be adopted for U.S. gold coins," said Mudd.
"Not only is it a genuine rarity with high monetary value, it also is a historical treasure-trove because of what it represents as the first gold coin struck for the nascent United States.  It is beautiful and historically important as a record of the early design concepts discussed in Congress for U.S. coinage," Mudd explained.
There are seven known 1787 Brasher Doubloons: one unique coin with the designer's "EB" punchmark on the eagle's breast, and six others with the punchmark on the eagle's wing on the left side of the coin. The Monaco specimen with the punchmark on the wing contains 26.4 grams of .890 fine gold. It is graded Mint State -63 by Numismatic Guaranty Corporation and is insured for $10 million.
The obverse design of the Brasher Doubloon shows an eagle holding an olive branch in one claw and arrows in another to symbolize that the United States wanted peace but was ready for war.  Thirteen stars surround the eagle's head (representing the original 13 colonies), with the E PLURIBUS UNUM ("Out of Many, One") above.
The reverse design depicts the sun rising over a mountain in front of a sea, a symbolic of a new beginning.  Around the design is another Latin legend, NOVA EBORACA COLUMBIA EXCELSIOR.  Columbia was a nickname for the United States, where as “Nova Eboraca” translates to New York and “Excelsior” is Latin for "ever higher."
In addition to his punchmarked initials on the obverse, Brasher's full last name is on the reverse. Brasher served in various political and government offices in New York and later was a neighbor of George Washington on Cherry Street in lower Manhattan.
In a 1922 auction catalog description of this coin, B. Max Mehl stated: "For historical interest and numismatic rarity, this great coin is second to none. It is rightfully recognized as one of the greatest numismatic rarities of the world."
The fabled Brasher Doubloon was the subject of a 1942 Raymond Chandler novel, "The High Window," and a subsequent 1947 movie, "The Brasher Doubloon," based on Chandler's story fictional detective Philip Marlowe.
A video and detailed information about the history of Brasher Doubloons can be found online at www.MonacoRareCoins.com/BrasherVideo.
The ANA Money Museum is located at ANA headquarters, 818 North Cascade Avenue in Colorado Springs, adjacent to the Colorado Springs Fine Arts Center on the campus of Colorado College.  The museum is open Tuesday through Saturday from 10:30 AM to 5:00 PM.
Admission is free for ANA members, school groups and children age 12 and younger.  General admission is $5; admission for military, students and seniors (55 and over) is $4.  Admission is free for everyone on the third Saturday of each month.
For additional information about the museum, call (719) 482-9834 or visit online at www.money.org/money-museum.
News media contacts:
Jake Sherlock, for ANA, (719) 482-9872
Adam Crum, for Monaco Rare Coins, (888) 751-1933
Tags
Categories
Archive
Share this on: 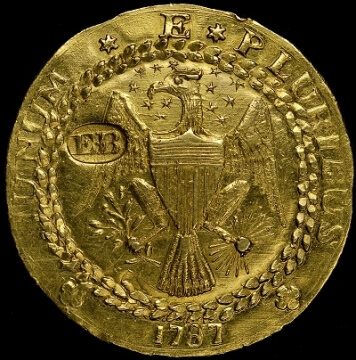 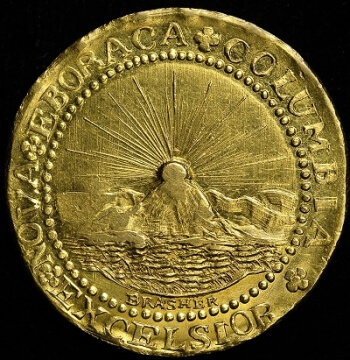 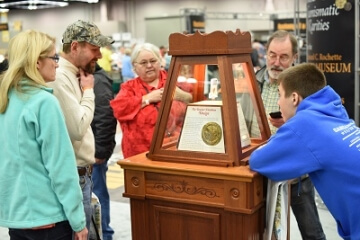 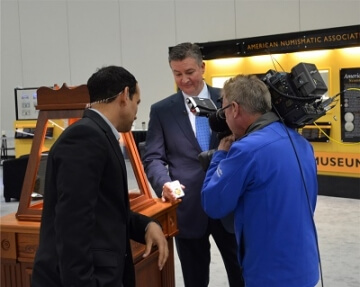 Now that would be fun to see in person.

Absolutely breth taking. Just to see it would be great.