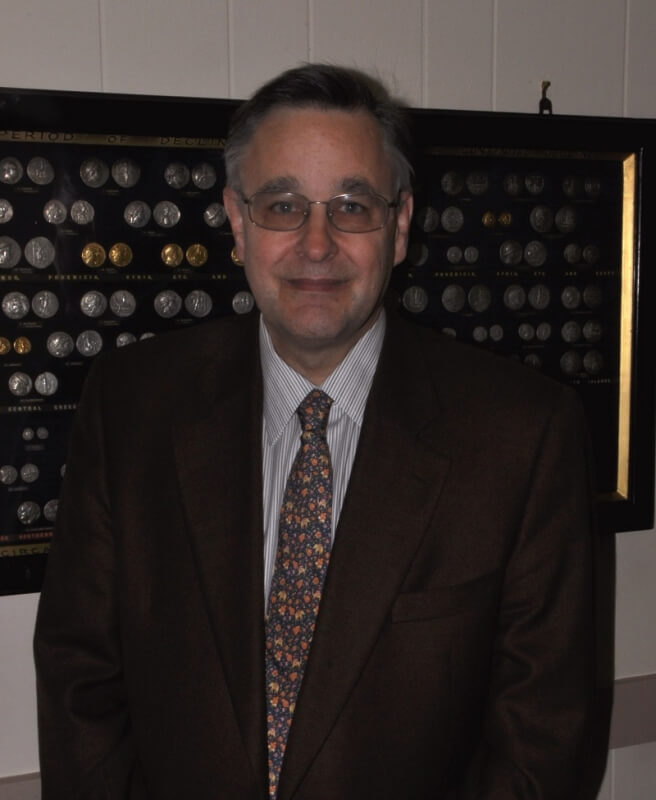 21 Jul 2015
Victor England, a specialized dealer in classical coins, is the 2015 recipient of the American Numismatic Association Harry J. Forman Dealer of the Year Award. England will be presented the award at the World's Fair of Money awards banquet on Friday, Aug. 14, in Rosemont, Illinois.
Presented annually, the award honors a professional numismatist who shows uncommon dedication to strengthening the hobby and the ANA and displays exemplary ethical standards as a numismatic dealer. The award is named in honor of the late Harry J. Forman, a Philadelphia coin dealer, author and ANA life member.
After living in San Francisco and Denver, England returned to his childhood hometown of Lancaster, Pennsylvania, to begin his career as a full-time dealer in classical coins. England founded Classical Numismatic Auctions in 1986, which later became the cornerstone of Classical Numismatic Group, an international firm that handles a wide breadth of coins from the beginning of coinage in Europe to coins of the Renaissance.
Today England is the senior director for CNG, which has offices in Lancaster and London, England. He is also a partner for Nomos AG Numismatists, located in Zurich, Switzerland.
“I appreciate receiving this award, though in accepting it, I do more so on behalf of all the members of our staff who have helped build CNG into the company it is today,” said England.
A collector for more than 40 years, England is a member of the ANA as well as the British Numismatic Trade Association, Medal Collectors of America, American Numismatic Society and the International Association of Professional Numismatists.
The August issue of The Numismatist will feature additional details about England’s prodigious and honored career.
The American Numismatic Association is a congressionally chartered nonprofit educational organization dedicated to encouraging people to study and collect money and related items. The ANA helps its 25,500 members and the public discover and explore the world of money through its vast array of education and outreach programs, as well as its museum, library, publications, conventions and seminars. For more information, call 719-632-2646 or go to www.money.org.
CONTACT: Morgan Perry