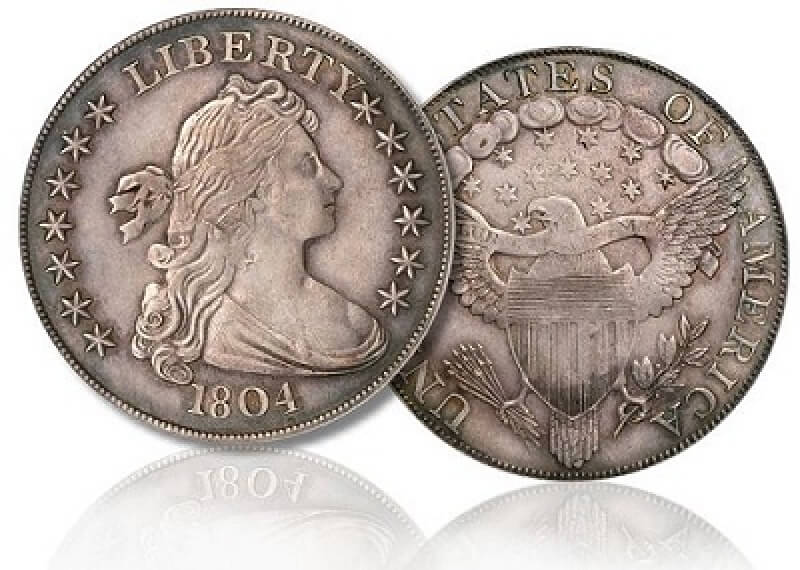 05 May 2016
By John and Nancy Wilson.
On behalf of American Numismatic Association (ANA – www.money.org), we want to thank the Central States Numismatic Society (CSNS - www.centralstates.info) Show Chairman Kevin Foley, President Bruce Perdue and the entire Board for providing a table for the American Numismatic Association at their 77th Anniversary Convention in Schaumburg, IL, on April 25 – 30, 2016.  We were able to sign up or renew 59 members for the Association.  We were also able to solicit Patron donations for the August ANA WFOM convention in Anaheim, CA.  Several dealers were also going to contact ANA for tables. Thank you Brian Fanton owner of BEs Numismatic Services of Hiawatha, IA for donating the money for the shipment of the Coin Show kit.
The convention had 742 registered dealers at 294 tables.  At least half of them paid for next year’s table.  The early bird’s registered 216.  The public registration registered 2,865.  The show also had 18 tables which included coin clubs, Coin World, Coin Television, ICTA, Ray Dillard’s special show elongates (everyone received one when registering), Mike Bean and his Spider Press exhibit and the show had a book signing area.  At Mike Bean’s table, they gave away 100 special “Spider Prints.”  These were done during two daily drawings, and the prints were giving away for free.  CSNS also prepared a commemorative medal for the event and they had a well done official program.  Besides the coin clubs who had meetings and speakers, CSNS once again had several outstanding educational programs.  These special educational programs included:  Numismatic Editors Educational Forum; Chicago History Educational Forums involving several sessions; The Threat of Counterfeit Coins from China; An ANA Exhibit Judges Certification Program; Secrets of Forming an Award Winning Educational Exhibit; A Forum on The Newman Numismatic Portal; Ten (or so) Trends that are Shaping the Coin Hobby Today; A Program by FUN President Randy Campbell Who Reflected on 50 Years in Numismatics; A Meeting of the Fellowship of Christian Numismatists and an ICTA Program and Update on National and State Legislative Actions   With many of the educational programs videotaped by David Lisot of Coin Television (www.cointelevision.com), the finished programs should be available at coin television or the CSNS site.  David was the recipient, of the Central States Numismatic Society Medal of Merit at the awards breakfast.
We think this 5th year convention at the Renaissance Schaumburg Hotel and Convention Center was a huge success.  Many of the dealers were pretty busy during the show, and we think most did very well.  The show had something for everyone, and it was free to the public (along with free parking).  The exhibit area once again was the best of the best of exhibitors from around the country.  All the gold prizes CSNS awards are a magnet for the great exhibitors that set up. The Society also gives exhibitors and judges a one ounce silver coin.   They are also invited along with the, speakers and others a Friday night dinner at Maggiano’s, along with a ticket for the awards breakfast.
The show also had many scouts come through the door or Saturday.  The YN area operating on Saturday along with the Treasure Hunt was well done by CSNS VP David Heinrich.  ANA was one of the stops.  Security for the show was great, and it is always nice to see a security room that is in operation before and after the show ends.  A new Board was sworn in at the Saturday awards breakfast.  Karen Jach from Milwaukee became the new President.
Heritage Auctions (www.ha.com) had multiple coin and currency sessions during the show.  With the coin and paper money auctions, Heritage once again had many millions of dollars in the consignments that were sold.  Central States does an excellent job in setting up and running their conventions.  The United States Mint also participated in the convention. Many of the Board are involved along with other hard working volunteers.  Thanks again for the table.  We look forward to next year’s 78th Anniversary Convention event at this same location on April 26 – 29, 2017.
Yours in Numismatics, ANA National Volunteers John and Nancy Wilson
Tags
Categories
Archive
Share this on:

It sounds like it was a fantastic show and a great experience. One of these years when the planets align I will be able to attend :) Thanks for sharing the article!!!

It's on my bucket list! I cannot travel and all the great show's are in all these great States thousands and hundreds of miles away from me. If I could only go to one show my life would be complete. I have read many blogs of those who attended shows and i am grateful to all who write about them. I can almost get a feeling that I was there. Just to meet my fellow collector's and dealer's and to have a hot dog. Great blog thank you.Mike.

The show seems great! Wish I could go.

I also had a great show which I wrote about in a recent blog. However, I have one regret about this show and it's that I didn't stop by your table to say hi as I had done in previous years. I said it before and it's worth saying again that there are no better ambassadors for the ANA than John and Nancy Wilson, you are both very special people. Next year I'll make it a point to stop by your table!