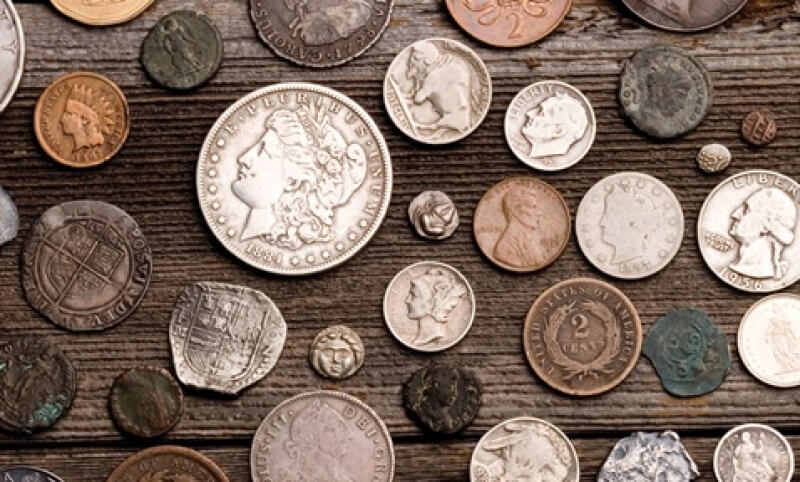 By John and Nancy Wilson

On behalf of American Numismatic Association (ANA – www.money.org), we want to thank the Central States Numismatic Society (CSNS - www.centralstates.info) Show Chairman Kevin Foley, President Karen Jach and the entire Board for providing a table for the American Numismatic Association at their 78th Anniversary Convention in Schaumburg, IL, on April 24 – 29, 2017.  Being close to the entrance helped us to sign up 25 new or renewing members for the Association, including two life members. We also signed up patrons for the August Denver WFOM.  The table was represented by Convention Director Rhonda Scurek, Exposition Manager Sam Joseph along with John and Nancy Wilson, ANA National Volunteers.  Rhonda and Sam were kept very busy signing up dealers for the August 2017 Denver WFOM.  Dealer John Markis of Trusted Traditions Currency, in Lauderdale by the Seal, FL donated $100 for the shipment of the coin show kit.

The convention had 889 registered booth holders at 282 dealer tables.  Many of the dealers signed up for next year’s convention.  The early birds registered 146.  The public registration registered 2,996.  The show also had 13 tables which included coin clubs, Coin Publications, Numismatic Crime Information Center, Industry Council for Tangible Assets, Ray Dillard’s special show elongates (everyone received one when registering), a well done official program and a book signing area.  CSNS also had a special silver medal which was the first in a series of 13 incorporating the State Seal of each of the States in the CSNS region.  They will be issued in the order of the admission of the individual State in the regions to the Union.  An attached photo shows the International Organization of Wooden Money Collectors table.  Left to right President Robert Gabriel, Editor Darrell Luedtke and Spence Sunderland.

Heritage Auctions (www.ha.com) had five sessions of coins and currency during the convention which included a Newman mail bid sale that ended on May 3rd.  All the Heritage sales realized 32,872,093 million.  Besides the coin clubs who had meetings and speakers, CSNS once again had several outstanding educational programs which led off with a two-session paper money grading seminar.  Many of the educational programs and other activities were videotaped by David Lisot of Coin Television and will be available at www.cointelevision.com)  or the CSNS site.

This was the sixth year that CSNS had their convention at the Renaissance Schaumburg Hotel and Convention Center.  With the hotel and convention center connected, along with free parking this is an excellent location for a coin convention.  This location also has several other nearby hotels and fine restaurants.  From our perspective, we think the dealers who had tables did well.  The show had something for everyone, and it was free to the public. The exhibit area once again had some of the best exhibits we have ever seen.  The all gold exhibit prizes are a magnet and major drawing point for bringing in the best exhibitors from around the country.  Exhibitors and judges also receive a one ounce silver coin.  Besides this, they receive early admission to the convention and can attend the Saturday Award Breakfast which is always fantastic.  At the Saturday breakfast, Robert Fritsch and Mack Martin received the CSNS Medal of Merit, the society’s highest honor.  Mack Martin also received the Leon and Ruhama Hendrickson Best-in-Show exhibit award.  His exhibit title was, “A Unique Collection of Georgia Certificate’s.”

The show also had many scouts come through the door on Saturday.  The YN area was in operation on Saturday along with the Treasure Hunt.  The ANA table was one of the stops.  CSNS once again had excellent security.   We know the dealers and collectors appreciate the security room being open before and after the show closes.  Central States does an excellent job in setting up and running their conventions.  This work is mostly done by employees hired by the Society, along with some Board members and other volunteers.  Thanks also to the following Chairpersons for doing an outstanding job for this convention:  Patricia Foley - Bourse, Jack Huggins, Jr. - Exhibits, Brett Irick -  and Fran Lockwood - Assistants to Jack, W. Ray Lockwood – Education, David and Heidi Heinrich – YNs, Professional Registration – Patricia Finner, Marlene Highfill – Public Registration, Duane Foster – Properties, Tom Casper – Security, Greg Oglesby – Traffic Manager, Steven Bieda – Legal and Gerald Tebben – Editor & Photographer and others who assisted the individual Chairmen.

On behalf of the ANA, we appreciate the ANA table and the courtesies extended to our Association.  We look forward to next year’s 79th Anniversary Convention event at this same location on April 25 – 28, 2018.  Yours in Numismatics, John and Nancy Wilson ANA National Volunteers 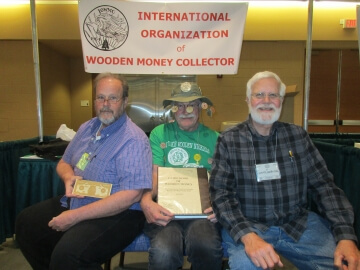 Sounds like a great show and fun was had by all!

If you only know how sorry I am missing these shows with coins you see once in a life time. It breaks my heart at times. Just to meet some of these great people who keep our hobby going. I have learned to adapt but I would love to go to one. Thanks for telling us about them. Mike.

If you only know how sorry I am missing these shows with coins you see once in a life time. It breaks my heart at times. Just to meet some of these great people who keep our hobby going. I have learned to adapt but I would love to go to one. Thanks for telling us about them. Mike.

wish i could attend too sounds like a blast

I wish I could have attended the CSNS Show. I'm looking forward to the year when the show comes back to Indianapolis! I joined the CSNS last month...

Sorry I missed the show. Schaumburg is difficult to reach from here. Sounds like this show had something for everyone.