The American Numismatic Association Road Show will exhibit the Michigan Bank Notes from the ANA Bebee Collection, the 1804 Dollar and the 1913 Liberty Head Nickel at the Michigan State Numismatic Society 2014 Fall Convention, to be held on November 28-30 at the Macomb Community College Expo Center in Warren, Michigan.

The ANA Road Show gives collectors around the country an opportunity to see some of the most impressive items from the ANA’s Edward C. Rochette Money Museum.

The display – sponsored by the Michigan State Numismatic Society and ANA Governor Gary Adkins, who is celebrating his 50th anniversary in the coin industry – will feature large-size National Bank notes from Michigan in the Bebee collection.  The highlight of the display are two rare cut sheets of notes from the St. Johns National Bank – these are $10, $10, $10, $20 note sets.  The first set is brown backs from the 2nd charter period while the second set is from the 3rd charter period.  The display is rounded out with two additional notes – a brown back $5 from the National Exchange Bank of Plymouth and a red seal $10 from the First National Bank of Marquette.

“National Bank notes are a window into history,” said Douglas Mudd, curator at the Money Museum. “Any town that had a bank from the 1860s through 1935 will have notes issued with the bank and town name – a tangible connection to the past through money.”

Known as "The King of U.S. Coins," the 1804 dollar is extremely rare, with only 15 known examples. No U.S. dollars dated 1804 actually were struck in that year; Class I specimens were struck in 1834-5 as diplomatic gifts (eight known), while Class II (unique) and III specimens (six known) were struck during the 1850s for collectors. The Class III Idler/Bebee specimen was donated to the ANA by Aubrey and Adeline Bebee in 1991.

The 1913 Liberty Head Nickel is one of the most valuable of all U.S. coins. It was one of five such nickels struck under mysterious circumstances at the Philadelphia Mint. The coins were unknown until 1920 when Samuel Brown, a former U.S. Mint employee, displayed all five at an ANA convention, creating a sensation.

Former owner James McDermott would carry the McDermott/Beebe specimen in his pocket to show off to bar patrons and boast about its incredible value. Following McDermott's death, the coin was purchased at auction by Aubrey Bebee in 1967 for $46,000. Bebee donated the coin to the ANA in 1989.

The American Numismatic Association is a congressionally chartered nonprofit educational organization dedicated to encouraging people to study and collect money and related items. The ANA helps its 26,000 members and the public discover and explore the world of money through its vast array of education and outreach programs, as well as its museum, library, publications, conventions and seminars. For more information, call 719-632-2646 or go to www.money.org. 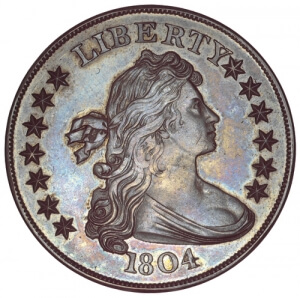 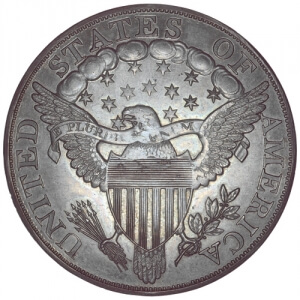 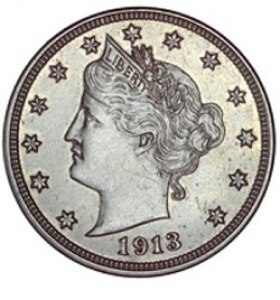