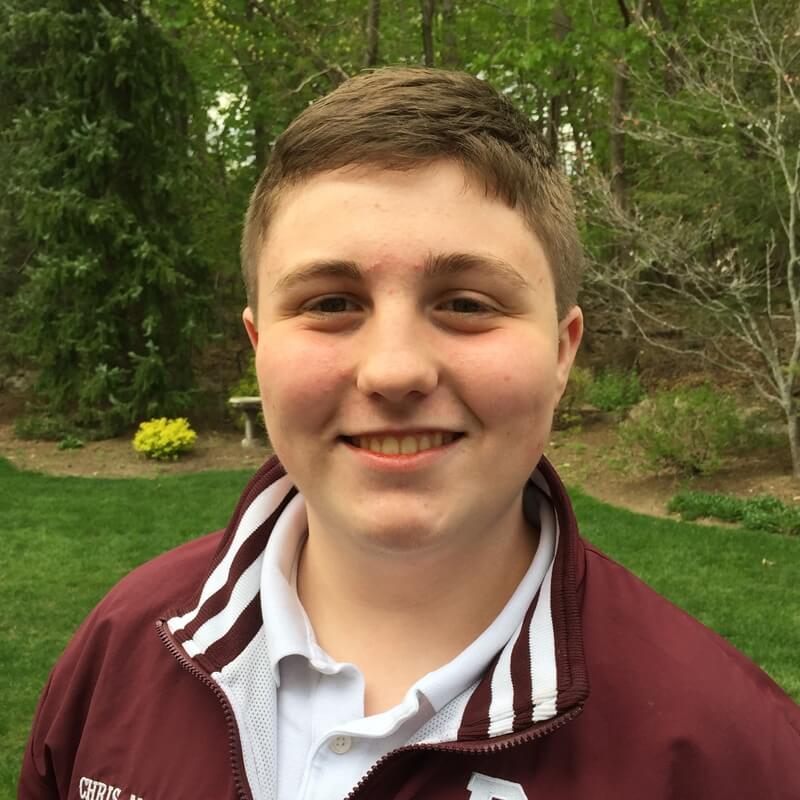 05 May 2015
(Temecula, California) --  Christopher Maisano, a 17-year old New Jersey high school student, has been selected as the winner of the Professional Numismatists Guild (www.PNGdealers.org) 2015 young numismatist scholarship.  The PNG will provide tuition, dormitory accommodations, meals and airfare to and from Colorado Springs, Colorado for him to attend one of the week-long sessions of this year's American Numismatic Association (www.money.org) Summer Seminar.
"I am so happy and grateful for this opportunity!  It still hasn't sunk in yet," Maisano said.
He began collecting two years ago while on vacation with his parents when he saw coins in the window of an antique shop.
"I was captivated by the old U.S. coins.  I entered the store with my parents and spent hours looking at all the coins in their inventory.  With my own allowance money I purchased my very first coin, an 1873 With Arrows Seated Liberty half dollar from the Philadelphia Mint," Maisano recalled.
He said it is in poor condition and the least valuable coin now in his collection, but it "is the most beloved and prized coin in my collection because it was my first."
Family members and friends soon responded to his interest in numismatics.
"My grandmother gave me her father's coin collection.  It included mostly Morgan dollars.  None of the coins were very valuable but I found it so interesting to research them and learn about how my great-grandfather loved collecting coins," he explained.
He also credits Ridgewood Coin & Stamp in Ridgewood, New Jersey for nurturing his interest in coins and mentoring him about buying and selling.
Last October his parents took him to the PNG show in New York City where he met PNG member-dealer Donald Kagin and associate member David McCarthy of Kagin's, Inc. who showed him gold coins from the Saddle Ridge Hoard.  McCarthy and another PNG associate member, John Brush of David Lawrence Rare Coins, told him about the annual ANA Summer Seminars.
Maisano attended a young numismatists meeting at the New York International Numismatic Convention this past January and submitted his ANA membership application.
"I love to read and learn about the history of coins, the mintage and the history of various mints in the United States," he said.
Maisano will be a senior this fall at Don Bosco Preparatory High School in Ramsey, New Jersey.  He wants to get an internship with a coin dealer/auction house when he attends college.  He plans on majoring in accounting.
"This is the 11th consecutive year of PNG YN scholarships for the popular, annual ANA educational programs.  We've been delighted to help young numismatists," said PNG Executive Director Robert Brueggeman.
“On behalf of the ANA, I’d like to thank the PNG for its continued support of the Summer Seminar and for promoting numismatic education,” said ANA Education Manager Susan Mc Millan.
"Young collectors are the future of the hobby," said PNG President Terry Hanlon.  "The annual ANA Summer Seminar is an excellent way to learn more about the hobby.  Congratulations to our latest scholarship recipient."
The money to pay for the annual PNG YN Scholarship is administered from PNG's Gerald Bauman Memorial Fund.  Bauman, who died in 2001, served for many years as a prominent coin dealer with Manfra, Tordella & Brookes in New York City.
The PNG is a nonprofit organization composed of many of the top rare coin and paper money dealers in the United States and seven other countries.  PNG member-dealers must adhere to a strict Code of Ethics in the buying and selling of numismatic merchandise.  For additional information, visit online at www.PNGdealers.org or call (951) 587-8300.
News media contacts:
Robert Brueggeman for PNG, (951) 587-8300
Tags
Categories
Archive
Share this on:

Congratulations on the award. Keep up the good work.

Congratulations Christopher! Learn alot and have a great time!

Well done on the Scholarship. Yep only a few weeks to go.