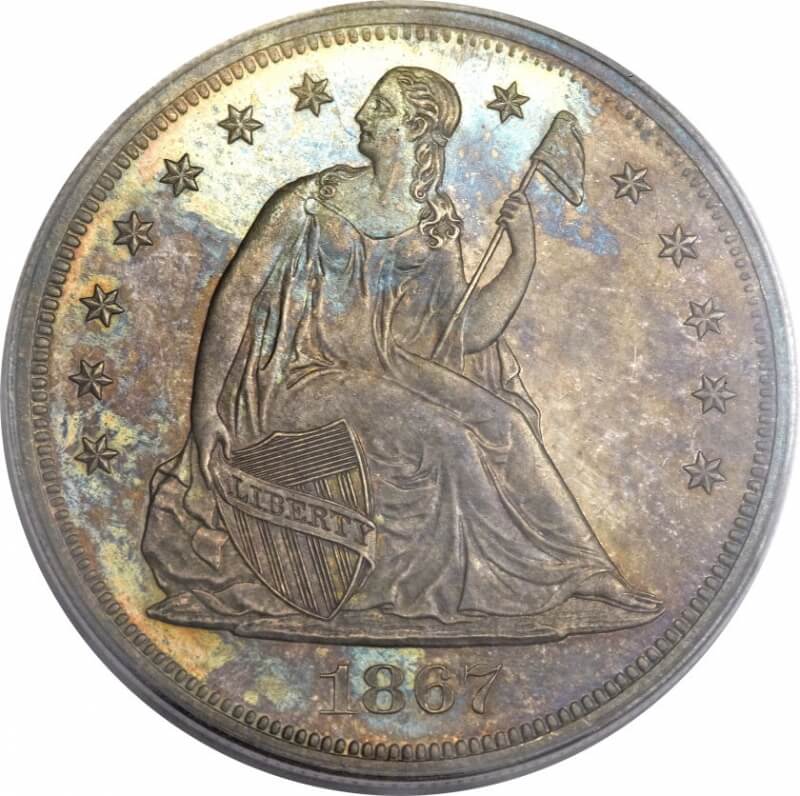 19 Dec 2014
**Every day this week we will highlight submissions from the My Coin's Story Young writing contest. Young Numismatists were asked to write a historical fiction story based on a favorite coin. The winners will be revealed on the blog on Friday, Dec. 19.
By Benjamin Mous

It was a warm sunny day at the Philadelphia Mint in 1867. I was minted. I was a gem seated Liberty dollar. On my fabulous obverse was the Seated Liberty and on my radiant reverse was an eagle holding in its talons an olive branch and three arrows. I was designed by the famous Christian Gobrecht himself. Proudly, I was promptly shipped to a prominent bank. I found myself in a bank teller’s drawer with many other coins, some old, some new like myself, and in the middle of a heated discussion.

“Have you heard that a lot of silver coins have been melted?” Said an 1842 silver dollar.

“What kind of coins?” I asked.

“Mostly foreign, but some silver dollars and half-dollars too,” explained the old dollar.

“Oh my, I don’t want to be melted! I want to travel and see the world!” I exclaimed.

Just then a merchant came into the bank to change a 20 dollar gold piece for dollar coins. The bank teller scooped me out of the drawer and into the hands of the merchant. I jangled intensely in the merchant’s pocket all the way back to his General Store. All this jangling and jingling will ruin my luster, I thought. In the store, I was dumped unceremoniously into the cash register to be promptly part of the change given to a pioneer who was shopping for supplies. What if this guy is going to melt me? I worried. But I didn’t have to worry for long because he tossed me into a milk can in the back of his covered wagon.

“You, brand new silver dollar, are going to keep my milk lasting longer,” stated the pioneer. “This is going to be one long trip to Oregon!”

It was a long and bumpy trip to Oregon. I clattered and banged all 2,200 miles of the Oregon Trail. I was heavily dinged and relieved to be removed from the milk can back into the pioneer’s pocket. From Oregon I found myself on a boat to Seattle. Where in the world am I headed for now? I thought. While the pioneer was unloading his luggage, a thief pick-pocketed me and he started to run away. But the pioneer noticed the thief and started to chase him. I found myself to be an effective distraction when the thief threw me into bunch of bushes. The pioneer stopped chasing the thief to find me but he could not. I had rolled under a rock where I rested until the fateful Great Seattle Fire.

The Great Seattle Fire of June 6, 1889, started from glue boiling over and catching fire. It raged across the city. The fire soon blazed over my rock and I began to blacken and melt. By the end of the fire I was buried under a layer of rubble and ash where I lay peacefully until July 20, 2014.

On July 20, 2014, it was Robert’s 9th birthday. Robert lived close to downtown Seattle where he liked to explore the neighborhoods. His Dad knew he liked finding things on his explorations and thought he’d like a metal detector for his birthday. Robert decided to try out his metal detector in an empty lot at the end of his street. His father came with him. Together they started scanning the lot. The boy heard a bleep from the metal detector and started to dig furiously.

At the bottom of his hole, he found me. He lifted me up and cried out, “Dad, I’ve found a silver dollar!”

I was so glad to be finally found. I had a very exciting trip but it’s good to be back in someone’s hands. 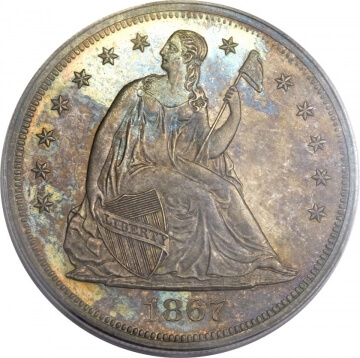 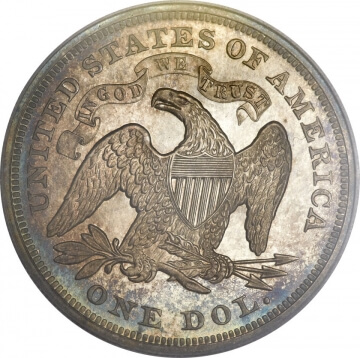 I Love this story! Great job!