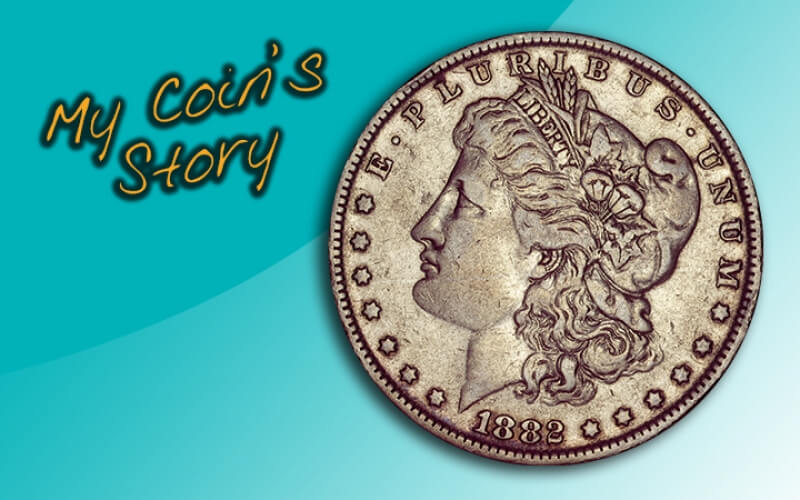 My current master does not know who I am, but I happen to remember most of my long history. I am actually a cast bronze imitation of a Valens Siliqua minus a few chunks at 9’o clock. I would rather not elaborate upon my long story since it would take forever, so I will give you a brief summary without significant embarrassment to myself.

My story begins in the eternal city of Constantinople, at the time quite new. This was the Eastern heart of the Roman Empire. Slaves and figs moved west and gold and arms moved east, to the frontier legionaries. I was born in the fires of a furnace in the heart of old Constantinople, named for the good Emperor, now long dead. My birth, though illegitimate, was still of high lineage. My maker was able to pass me off toward the frontier near Adrianopolis where I was bartered for wine, later dropped, and then picked up by a member of the Scholae Palatinae. Here is where I got my first dose of abuse.

The guard seemed to know that I was a new counterfeit. He used an anvil and tried to hammer me into pieces. He believed that only Roman coins could hold up to his abuse. I only lost a small chunk that day, but this seemed evidence enough for the soldier to regard me as a fake. He passed me off to a man with even greater regalia. They said this man was. He was not imposing at all and a little obnoxious. He laughed and threw me on the floor, then scowled and said to another soldier, “If these Goths can make fake money, we must get rid of them now!”

At this, they all left the tent, leaving me wary of human contact. The day got hot, and a number of cries rang outside the Castra. They said Valens was killed by the Gothic cavalry, when he lead the fatal Roman charge upon that hill. I am almost glad I was dropped. If not, I would no doubt have been thrown into the raging fire that the Goths had prepared for their hated tyrant. In a twist of fate, I was picked up by a Goth cavalryman and spent on some inconsequential provisions at a tavern. The owner remarked about my weakly struck features, and the blurry likeness of Valens on my obverse and then threw me into a pan with other coins. He murmured the Emperor’s name as an after thought.

All of a sudden, a large spear flew in the direction of the bartender, and made its mark upon his breast. He fell over, spilling me and some other legitimate issues in the process. Within seconds, we were all scooped up into the arms of a corpulent gothic chieftain. At the same time a loud rap came from beyond the door. A small band of elite Auxilia stood outside.

I’m not sure what happened in the melee that followed, all I know was that I was dropped outside the tavern, in its smoldering ashes. The guard from Thessalonica that had come to suppress a counterfeiting operation had heard nothing about the great defeat. They haughtily ignored the free money and praised the dead Emperor, something they soon would regret. I lay in the ash heap until a squirrel buried me thinking I was an acorn.

I believe I sat in that reeking heap for nearly a thousand years before anything happened. Then, there was construction; a wall they said around Constantinople, since Ottoman attack seemed imminent. The Byzantines, the last state of old Rome, had been losing to the Ottomans. A peasant boy from the surrounding country picked me up from the diggings and took me home. His father was not pleased and told him to look for golden coin, not just any kind of coin, and sent him back with a few slaps for good measure. The father made the boy take me to the Hagia Sophia where I was donated. Unfortunately, the boy put me in the slot just after it was emptied, and I sat for two hundred cruel years, waiting for activity.

But when activity came, I was rudely surprised. The Ottomans had attacked and overrun the city, as I was on sacred ground the Turks let us be after sending the refugees to the slave market. But Zagan Pasha smashed the cistern holding me, and I fell out. Here I lost another chunk. Zagan showed me to his master, Mehmed the Conqueror, who was consumed by grief at the atrocities of his troops. I evidently reminded him of what he had destroyed. He ordered his general to restore order to his forces at once. I was handed back to the general, who gifted it to his favorite junior officer and I was carried off into my next life.

As the Ottoman army advanced through southeastern Europe, I was carried along with the surge. Unfortunately, my new home, the officer’s coin purse was cut near the city of Pest, in Hungary and I was lost to the dirt after falling from the thief’s hands. The thief suffered a fate that I must not tell. I was lost in dirt for another five hundred years.

After a suffocating silence that seem to last forever, I heard a metallic buzz. It was more of a beep. Then I heard voices and I was slowly dug up with shiny metal spades. The tip of a spade hit me, taking out another chunk. A man holding a funny looking box with a light and clear lens stood over me. He was smiling at me. He laughed, tossing me into a canvas bag. Here, I found myself surrounded with hundreds of old friends. Some were elders from the time of Constantine and some even older from Augustan times. I was taken into a dimly lit room and we coins were sorted by size and quality. Because of my crust and rough shape, I was thrown in the bag with all the bad coins.

The bag was sealed and I thought I was going to be buried again, but now, instead we went through some strange rooms and entered a large cylindrical cargo hold. The next thing I knew, I was in a place called New York, where a cart without horses transported me to a large warehouse. The bag’s seal was broken, and I was on top, so I was taken out first. I was shipped to another cylindrical hold and ended up on a place call Milwaukee within twelve hours and was taken by another smaller cart without wheels to my current owner’s mail slot.

I think that’s a pretty good summary. Have I omitted the part where I traversed the digestive tract of a dog? Sorry. You asked for a summary and you got it. If you will excuse me, as I am getting quite tired from my old age, my owner wants to expose more detail on my surface, so I will rest in the coin box for as long as my owner holds me now. I await burial and rediscovery by an even greater civilization. At long last, I rest contently in the gardens of peace, still proclaiming the glory of Valens! Fel temp reparatio!

Amazing, Amazing Story!!! I regret not viewing this one sooner! This one is a winner for me. I metal detect, but, being in New Jersey, the oldest thing I've found is a Revolutionary war button. I think that is a good find, but this one is too! Great story!

I woul lik to know if the tavern served a good wine or was a house brew before I would have parted with a coin of the realm.

What a great story! I love the part about the dog! haha