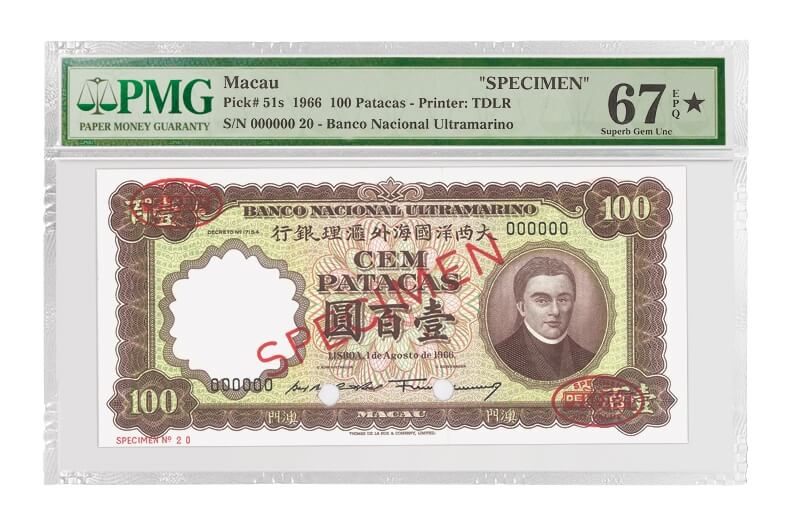 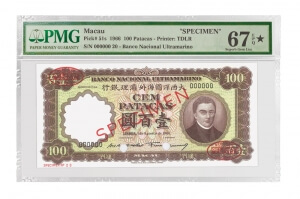 Paper Money Guaranty® (PMG®) will begin to designate notes that exhibit exceptional eye appeal with a Star at the June 12-15 Memphis International Paper Money Show. PMG graders will conduct on-site grading at the show and all notes submitted will be eligible for the PMG Star Designation.
The popular Star Designation was pioneered by Numismatic Guaranty Corporation (NGC), an affiliate of PMG, in 2000 to recognize superior eye appeal on coins. It has since become the industry's most widely accepted indicator of exceptional eye appeal.

Although eye appeal is one of the most subjective characteristics of notes, there are general standards that are commonly used by numismatists to evaluate this important quality. After consultation with industry experts and advanced collectors, PMG graders have determined a clear set of qualifications for notes to receive the PMG Star Designation. As professional graders who have evaluated hundreds of thousands of notes, PMG's team is uniquely qualified to identify exceptional eye appeal, which will be designated with a Star on the PMG label.
For a note to be designated with a Star by PMG, it must exhibit exceptionally strong plate and/or overprint embossing, vibrant ink color, and pristine paper quality exceeding the well- established standards used to determine the Exceptional Paper Quality (EPQ) Designation.
"There has been growing demand among collectors and dealers for PMG to impartially evaluate eye appeal and designate notes that are superior in that regard," said Bruce Thornton, PMG Finalizer. "After careful study, we have established criteria that we believe will make the PMG Star Designation the industry standard for exceptional eye appeal."
All U.S. and world notes submitted to PMG during or after the Memphis International Paper Money Show will be evaluated for the distinction of the PMG Star Designation. Notes that do not qualify for the EPQ Designation will be disqualified from receiving the Star Designation.
Notes already graded by PMG may be resubmitted to PMG for evaluation for the Star Designation. For notes already certified by PMG, the Star Designation review fee is $15 for notes valued under $3,000, $30 for notes valued $3,000 to $10,000, and the regular grading fee for notes valued above $10,000. To submit PMG-certified notes for reconsideration for the Star designation, write "Designation Review" at the top of the PMG Submission Form.

Any classic dollar should be done by mpg and preserved good idea.