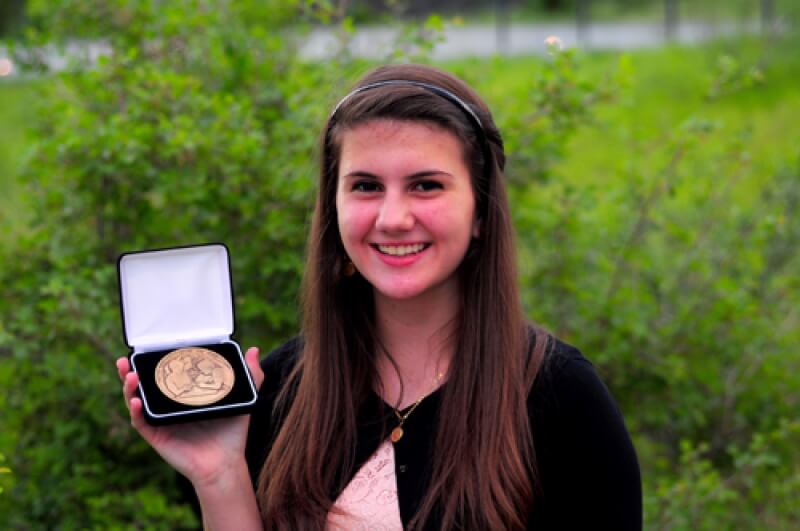 Peyton Souder was named the Outstanding Young Numismatist of the Year during the American Numismatic Association’s Summer Seminar Graduation Banquet for Session 1 on Wednesday, June 25.

Other members honored at the banquet include Clark Fogg, winner of the Glenn Smedley award; Steve Roach, who received an ANA Presidential Award for his service to the hobby; and the winners of the YN Literary Awards.

Souder has attended four straight Summer Seminars and was in charge of the first of two YN Auctions held this year at Summer Seminar. The auction raised $12,500 for the YN Fund. Additionally, another $1,500 was raised at the auction that was earmarked for the ANA’s new YN College Scholarship program, which will provide a graduating senior with a $1,000 scholarship to use toward the university, college or trade school of the winner’s choice.

Clark Fogg was honored with the Glenn Smedley Memorial Award, which recognizes members who have devoted their efforts to the betterment of the ANA. Fogg, a nationally known forensics photographer with the Beverly Hills Police Department, has taught the Digital Numismatic Photography class at Summer Seminar since 2003.

Steve Roach, the editor for Coin World magazine and a professional appraiser of rare coins and fine art, was recognized by ANA President Walter Ostromecki Jr. with a Presidential Award for his lifetime of achievements in numismatics. Roach is a Life Member of the ANA, a former YN of the Year, and an instructor at Summer Seminar.

Results of the YN Literary Awards were also announced at the banquet. The list of winners includes:

First Place: Garrett Ziss for “History Within Their Signatures”

Second Place: Sam Forsythe for “The Private Minters of the California Gold Rush” 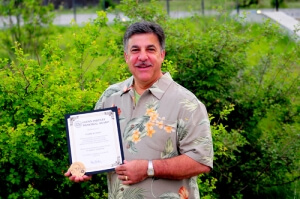 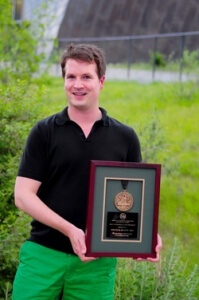 With winners like that this hobby is in good shape. Congratulations to all and I hope you all keep up the good work. Mike