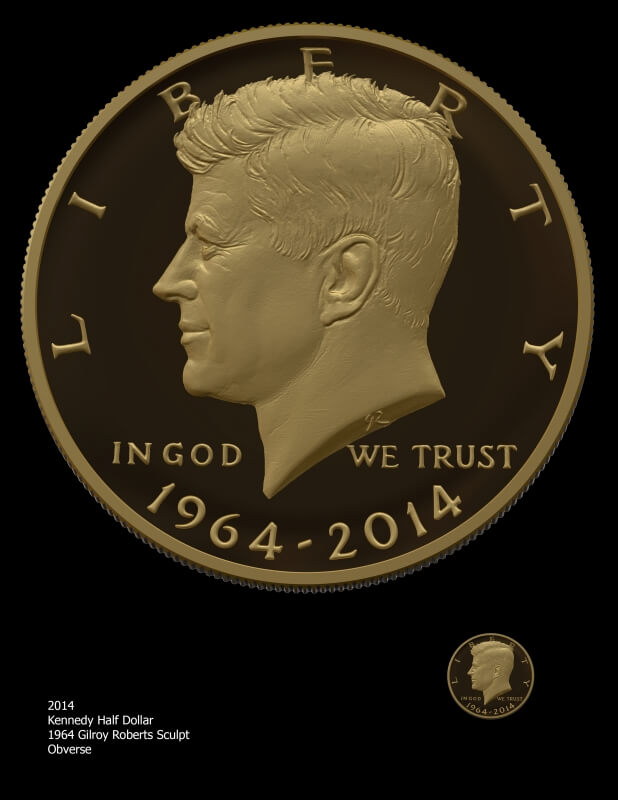 (Rosemont, Illinois) -- The United States Mint and the American Numismatic Association Board of Governors have jointly announced that sales have been suspended for the John F. Kennedy gold proof half dollars at the World's Fair of MoneySM in Rosemont, Illinois after today, August 7, 2014.

Earlier today, the Mint announced it had suspended sales at its three retail locations in Philadelphia, Denver and Washington, D.C.

In its earlier sales suspension statement the Mint explained: "The Mint made this decision to ensure the safety of those wanting to purchase the coin and the safety of its own employees."

Hundreds of people have lined up outside the Donald E. Stephens Convention Center in Rosemont each night since Monday to purchase the new gold coins that have a dual date, 1964-2014, to

commemorate the 50th anniversary of the Kennedy half dollars.  Sales of the gold coins at the World's Fair of Money were limited to only 500 coins per day, and only one per customer.

Customers interested in purchasing the gold Kennedy half dollar proof coins are encouraged to visit the Mint’s website (www.usmint.gov) or contact the call center (1-800-USA-MINT), where they can purchase up to five coins per household.

The United States Mint will continue offering other Mint products for sale at the World's Fair of Money that is open to the public and continues as scheduled through Saturday afternoon, August 9.

Admission to the show on Saturday, August 9, will be free for Free Appraisal Day when the public is invited to bring in their old coins and paper money for complimentary, expert educational appraisals by American Numismatic Association members.  Additional information is available online at www.WorldsFairOfMoney.com.

What went on there was not the best the coin world could of put on. The behavior was ridiculous.