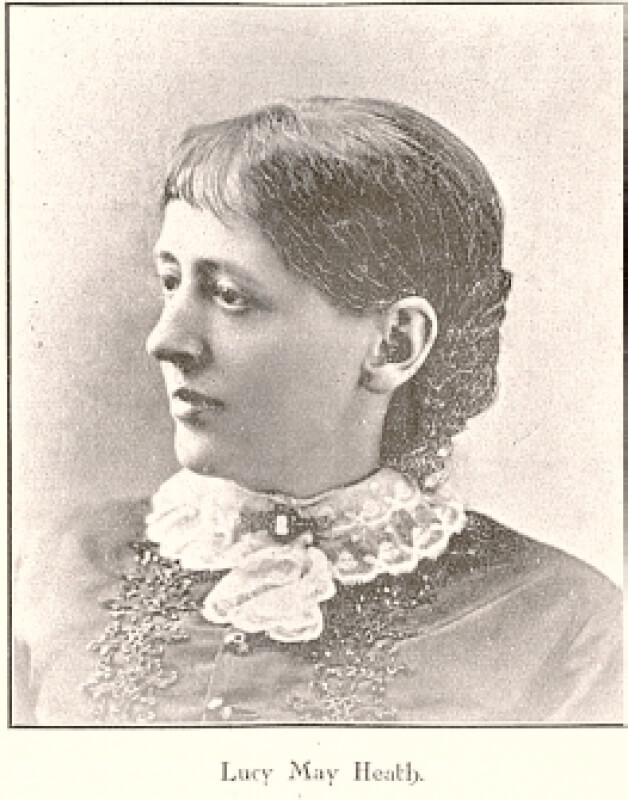 Lucy May Heath is well-known in the numismatic community because of her famous husband, Dr. George F. Heath who founded the ANA and first published The Numismatist. (For more information about Dr. Heath, read the Throwback Thursday blog.) However, Lucy Heath was much more than a faithful wife. Born on May 31, 1856, in St. Clair County, Illinois, she worked on the family farm until she was 16 years old. Her family then briefly lived in Warrensburg, Missouri, but soon after moved to Ann Arbor, Michigan. She met George and the two married on Christmas Day in 1876.

Although she took an interest in numismatics, Mrs. Heath’s real hobby was her family. There was nothing she wouldn’t do for them, and she always acted with their interests in mind. She was a mother of four; two of her children died young, and two survived her.

Mrs. Heath suffered from La grippe (influenza), which was followed by hemorrhages in the lungs. The couple moved to Colorado where she experienced some relief but she was later diagnosed with general tuberculesis (consumption.) By February of 1895, Mrs. Heath was confined to her bed, where she continued to work on The Numismatist. She died peacefully in her sleep on July 15, 1895.

As a tribute to his late wife, George Health wrote the following in The Numismatist:

“One year ago this month, with her afflictions and brief earthly prospects well in mind, we said of a dear and gifted member of our association who had been lately called away with the same disease: History tells us of martyrs for religion, for science and for country, but no one ever went to the stake, the lions, or the battle field with great fortitude than he who with mental faculties acute, calmly sits down with death and bids the grim tyrant, he can no longer defy to sup with him. We felt the truth of this in all its acuteness then and doubly so do we now.”

Although her life was cut short by disease, Mrs. Heath lived a life filled with love and friendship. She was her husband’s biggest supporter, and the couple had only the utmost respect for one another. Perhaps the philosopher Tariq Ramadan is correct when he wrote, “Behind every great man is not a woman, she is beside him, she is with him, not behind him.”
Tags