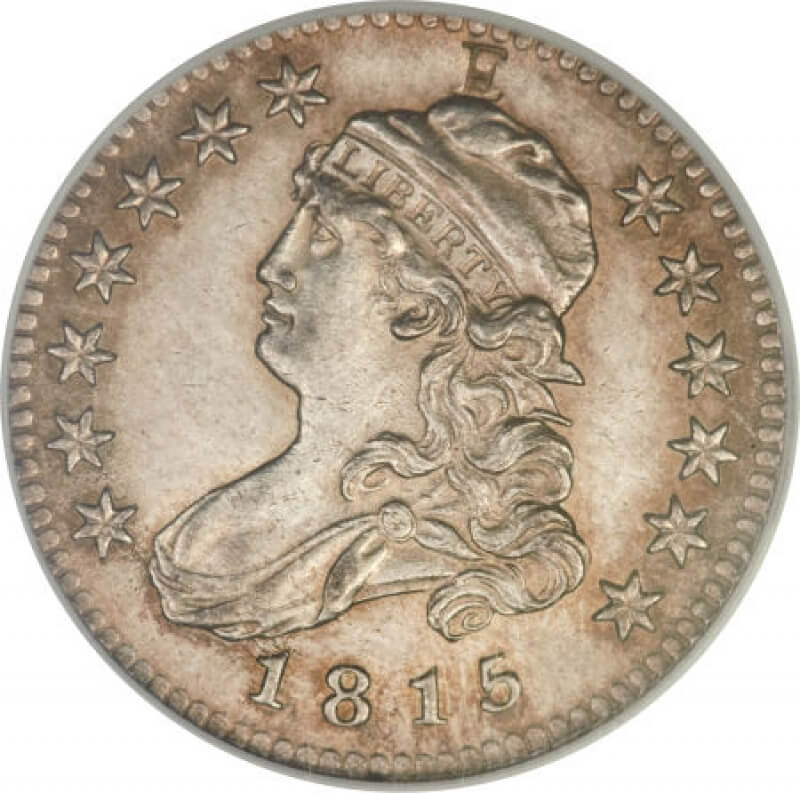 Written in “The American Numismatic Association Centennial History,” by Q. David Bowers, is a question from 1894 that I would like to share with everyone.

This question was presented and, “was never solved, and numismatists of generations later were still puzzling the same thing:

‘Can anyone explain the presence of the small letter E or L neatly stamped above the head of Liberty on some of the quarters of 1815 [as well as certain dates of the 1820s]? I have seen three quarters, all Uncirculated, having the small E over the head, all in the same position, and having the appearance of being done at the Mint, as there was no burr thrown up from the stamping, nor any defacement opposite, as there would have been if stamped after the piece was coined. The L is also seen on the quarter of 1825, and scarcely looks like engraving in either case.’”
Photo credit: Heritage Auctions
Tags
Categories
Archive
Share this on:

Did anyone ever come up with an answer? Let us know.

I would t think t his was done after the coin was made.

Interesting..but I have no explanation?

Looks like somebody was bored at the mint! lol

Wish there were more pics of examples!

more work from the midnight minter?