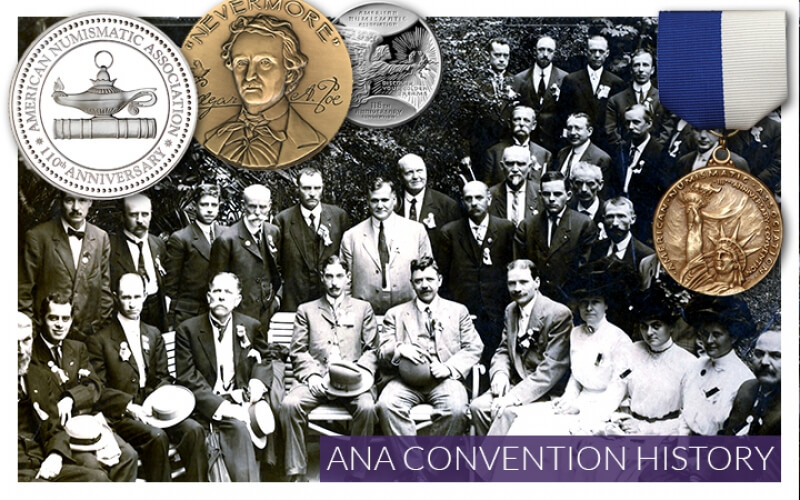 The second ANA convention took place in Pittsburgh, Pennsylvania, on Oct. 1, 1892. The original plan was for the convention to be held at the beautiful Niagara Falls but in the September issue of The Numismatist it was stated that the convention was rescheduled to Pittsburgh. No explanation was included.

At the time, the ANA had about 100 members in good standing. According to the September 1892 issue The Numismatist, “The local members request as many from outside to attend as possible and they will try and make it pleasant and profitable for them. Don’t fail to be represented in person or by proxy there.” However, only 36 members were represented that year at the convention. Comments were made by members about how few bothered to attend ANA events or vote in the elections.

Despite the low attendance something good came out of the 1892 convention. It was decided that The Numismatist would become the official journal of the ANA. Prior to this decision, The Numismatist was property of ANA founder George F. Heath.

Available at the ANA Library.
Tags
Categories
Archive
Share this on:

It would seem some of the issues then are still issues now.