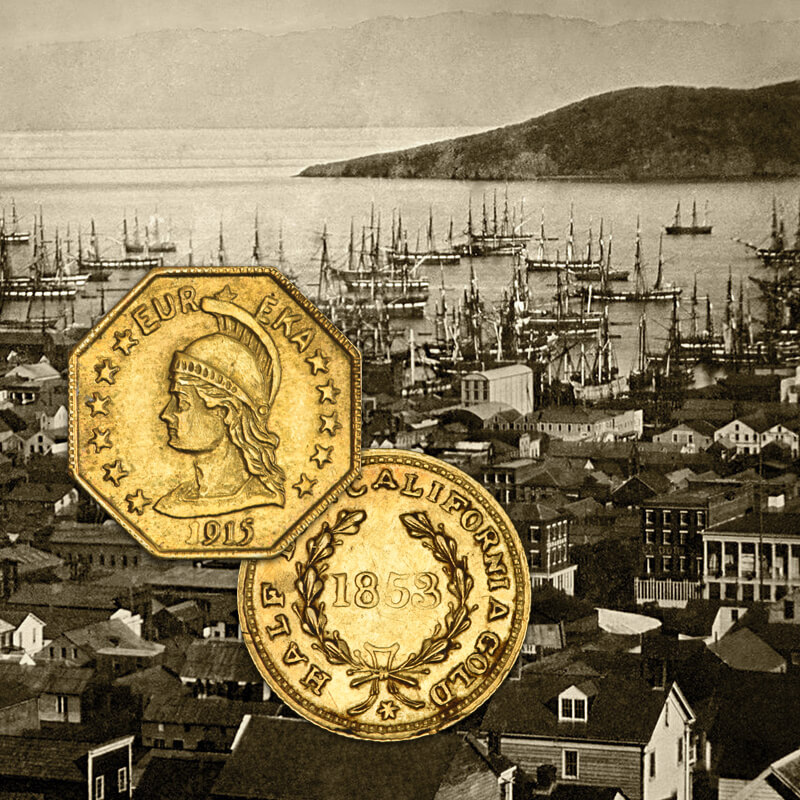 A need for small-denomination coinage spawns a fascinating collector series

The California Gold Rush created an immediate need for coins to facilitate commerce in the West, as tens of thousands moved to the new state for their chance at good fortune. Foreign silver coins were widespread but confusing, and prominent private minters only issued gold pieces in high values. The need for low-denomination coins was met with a wide range of fractional gold pieces. Initially intended for circulation, these objects became popular as jewelry and souvenirs. The ANA's Edward C. Rochette Money Museum has a substantial collection of these interesting pieces of history.

Private minters began striking small amounts of $2 ½ to $50 gold coins in San Francisco starting in 1849, with the city’s U.S. assay office producing high denomination gold pieces beginning in 1851. The San Francisco Mint did not open until 1854, and only produced 15,000 $1 gold pieces that year. Meanwhile, people from around the world flocked to the city, mining  an abundance of gold dust.

Round and octagonal "fractional" gold pieces were first produced in 1852, first in dollars, then half dollars, and quarter dollars starting in 1853. All early examples were made in San Francisco, and prominent producers included Antoine Louis Nouzillet, M. Deriberpie, and Frontier, Deviercy & Co. Most were made by the “hammer method,” where the bottom die was placed on a block, a blank was put on it, and the top die put on the blank. The top die was then struck with a sledgehammer. 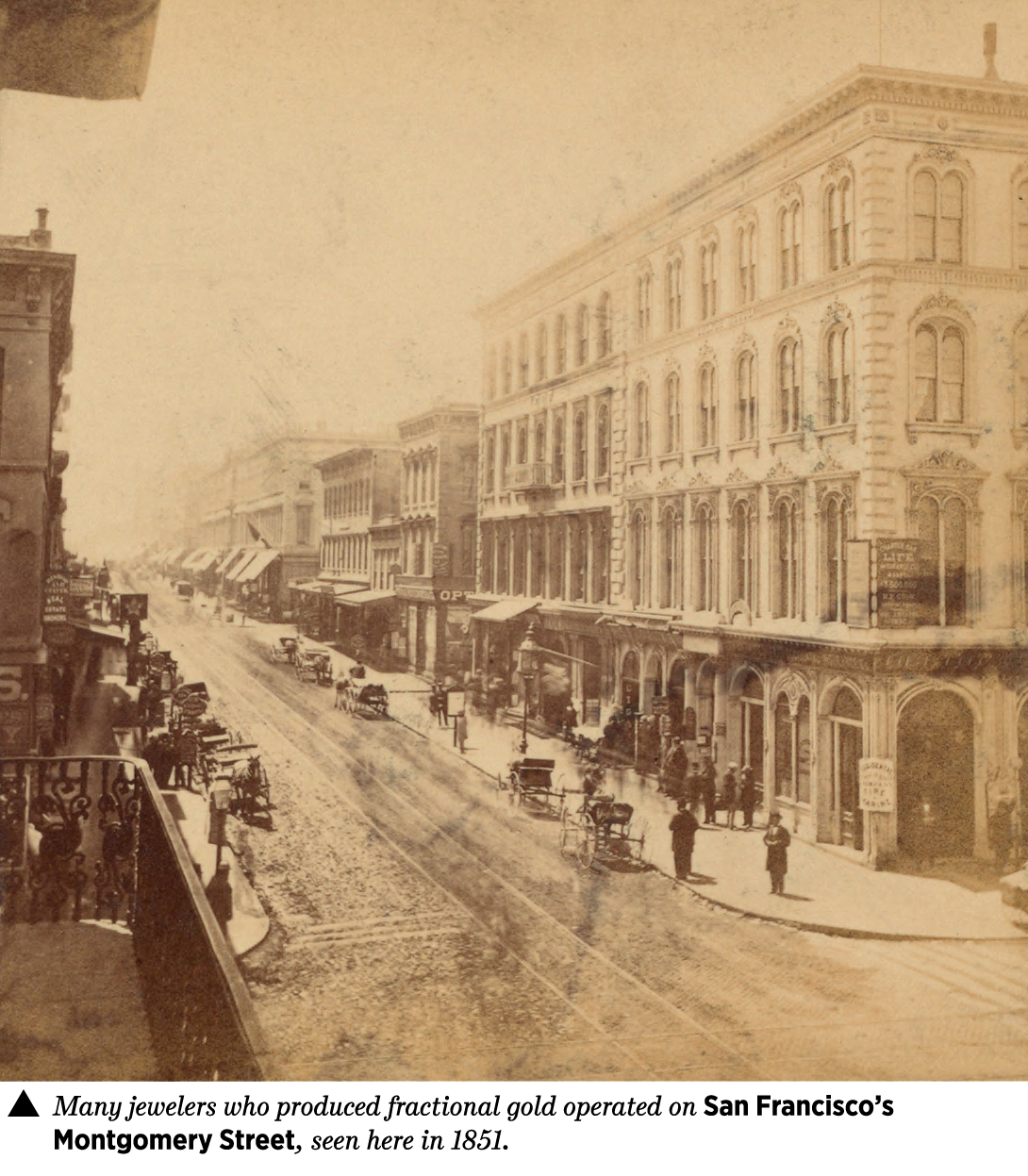 The bullion value of these tiny coins was far less than their denominations; fineness ranged from 14 to 24 karats. Diameter and weight varied, from averages of about 9.5 mm and 25 g for quarter dollars to 12.2 mm and 1.10 for dollars. Almost all early issues feature a Liberty Head obverse, and an overall design similar to contemporary federal gold dollars.

Fractional issues circulated throughout the mid-1850s, with dollars possibly much longer. However, because of their impractically small size and increased production of gold and silver coins at the San Francisco Mint, they quickly became unpopular for commerce. There was only one fractional issue in 1857 – a rare round dollar. But by 1858 jewelers realized there was a market for these coins as souvenirs across the country. The West Coast was exciting to many, and these later issues flourished in the East and were found in Europe, even as production quality decreased in later years.

The Private Coinages Act of 1864 made all private coin making illegal, but the pieces’ popularity federal ambivalence toward enforcing the law ensured their continued minting well after. Production actually increased in the 1870s, a testament to their popularity. Finally, Secret Service Chief James J. Brooks determined that they were a risk for fraud, and by 1883 production had been eliminated. Today they remain popular for their unique history and wide variety. 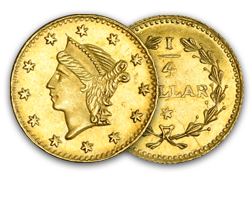 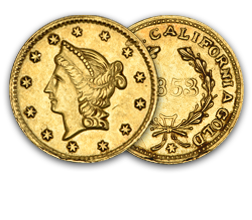 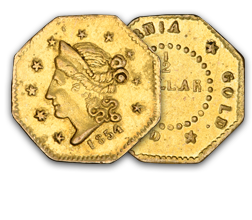 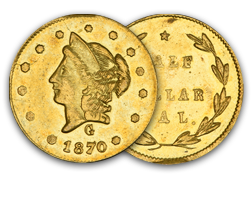 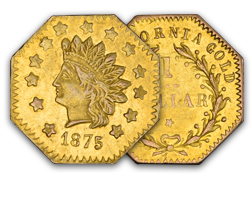 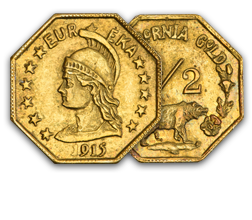 How many of these little coins were lost to the ground? Holes in pockets and purses?

The story of westward expansion has always been a fascination of mine. The coinage and bullion that came about after gold was discovered in Stutters Mill has fascinated me almost equally from its numismatic standpoint. The rollercoaster that was california's economy is very interesting to study. Thank you for another well written blog! Cheers, and Merry Christmas!

Thanks guys. I will be buying food soon. I can't wait . Thanks for the story. I can read them all day long

I love the history of Gold Coinage, especially after Sutter's Mill. Thanks, great info.