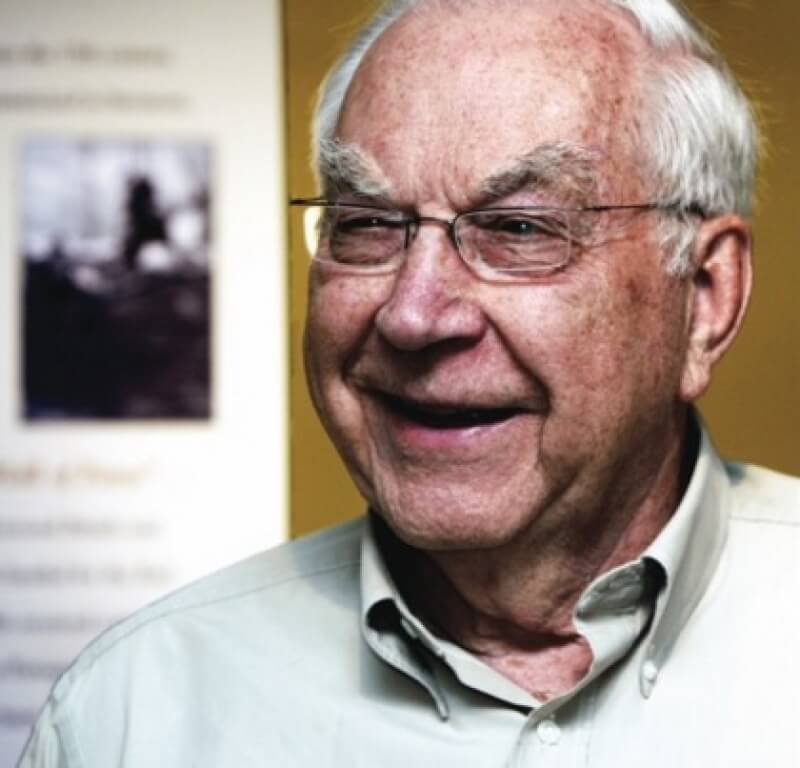 29 Jun 2016
By John and Nancy Wilson
June 28, 2016
Dear Numismatic Friends,
On June 25, 2016 we all lost a good friend and a great numismatist Chester L. Krause, who was born on December 16, 1923.  Besides being a World War ll veteran and builder, a man called "Chet," was a numismatic icon who spoke in a mild and knowledgeable manner.  You could say he carried a big stick with his excellent actions and communications and helped advance our numismatic hobby in countless manners.  Starting in the early 1950s, KPs weekly publication Numismatic News was a powerful source of information for collectors from coast to coast.  From that beginning and over the years other periodical publications were started such as Bank Note Reporter, World Coin News and Coins Magazine.  These don't include the many hobby publications that are also under the Krause Publications and F + W umbrella, with many being standard references today.  We found out on their web page over 150 different publications are part of the Krause Publications and F + W brand.  The firm continues to be a leader in numismatic and hobby publications along with a diverse selection of coin supplies.  Today, Krause Publications in Iola operates with a very small staff and continues to print excellent periodicals and other publications in a timely and efficient manner.  Chet started an Employee Stock Ownership Plan (ESOP) in 1988.  The ESOP ended not long after F + W took ownership of the company in 1992 when the shares were distributed mostly to the employee's.
Besides Mr. Krause's great impact in the numismatic hobby with his periodicals and publications, he was a great advocate and benefactor for our hobby and his beloved Iola, Wisconsin.  His donations in the numismatic hobby were great.  Over the years he was honored with the highest awards by many different organizations such as the ANA, ANS, CSNS and others.  After making a significant donation to ANA, Chet and Cliff were instrumental in getting the ANA Museum named the Edward C. Rochette Museum in 2005.  To find a new direction for the Association, Chet served on the ANA board twice, starting in 2007 and resigning in 2010.  He was also a phenomenal collector and researcher of not only his State of Wisconsin, but also of all types of Depression Scrip, World Bank Notes, Postage Currency Envelopes, Canadian Coins (including a rare Canadian 1936 Dot Cent) and many others.  His great collections were sold by several major auction firms.  His automobile and military collections were also fantastic, and over the years were sold.  We know he wanted to get back the Sherman tank he sold and keep it in Iola.   The Iola Car Show (started in 1972) held annually is on land that once was owned by Chet Krause and nearby to the Krause Publications headquarters.  The Iola Car Show site recognized Chet after his passing and said, "Chet’s influence in this area is felt far beyond what words can express, and we could never repay all he’s done for us and our community.
Chet's contributions to Iola are legendary and run into millions of dollars and countless hours dedicated to the city he loved.  Besides Iola, Chet was a major benefactor to Rawhide Boy's Ranch in New London, WI.  Chet's obituary states that any donations made in his memory go to Rawhide (www.rawhide.org).  He also made donations to several Wisconsin based companies, and in 1990 was named the state's Small Business Person of the Year.  His philanthropy in many areas was huge, and he never wanted any thanks or a pat on the back for his contributions.  All of us should be thankful that we had many of the 92 years of Chet's life to be his friend.  He will be missed greatly by his many friends not only in this country but many others.  We send our sympathy to his family on the loss of Chet.  His accomplishments and achievements will far outlive everyone who has crossed his path or is reading this.  Rest in Peace Chet, we will never forget you.  Sincerely John and Nancy Wilson, Former Wisconsinites now living in Ocala, FL.
Tags
Categories
Archive
Share this on:

The loss of a great man is a loss to all. You didn't have to know him personally to respect the man and his work. Someone like this can not be replaced. He will be missed

A true down to earth person and perhaps the greatest of all numismatic hobby legends. He gave so much from the heart. I fondly recall his friendship and wise counsel while on the ANA BOG. He helped shaped my leadership skills so I would be a great ANA asset as a future president, I'll miss him sharing his exploits over the years! One of his last financial donation gifts to ANA education advancement was providing the funding gap to make the ANA online grading game a reality. This is soon to be a reality on our website, something all ages and levels of hobby interest can glean a great education --and fun from. God Bless the man I and I am sure we all knew and loved 'as just plain Chet'!

What a great man. My thoughts go out to his family and friends.

Great blog. I thought I knew about Mr. Krause, I was wrong. Terrific blog. He will be missed. My respects to his family and friends. Thanks!

A true legend in our hobby. He will be forever missed!

One thing we forgot to place in this tribute to Chet was his starting the Numismatic News - Ambassador Award in 1974. This was and still is a very important award as it is picked by past recipients when Krause Publications ran the program. Today the Ambassador Award is handled by by the Florida United Numismatists (FUN) who took over the program last year. This is one of the most coveted awards in the numismatic hobby and we are glad that FUN took it over.