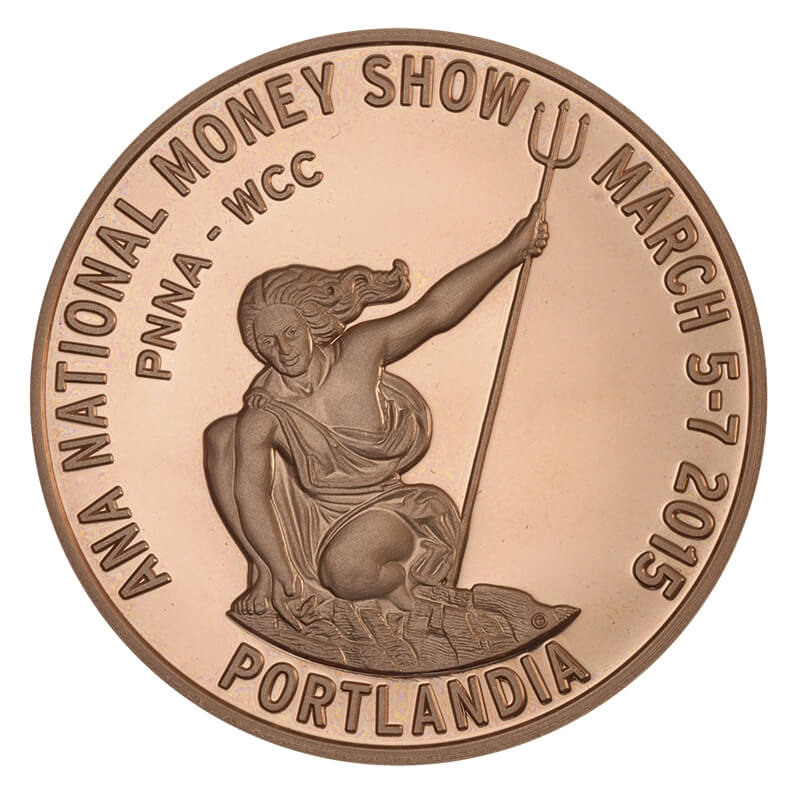 Notable sculptor and architect Raymond Kaskey will be attending the American Numismatic Association’s National Money ShowSM in Portland, March 5-7. Kaskey will be visiting with the public and signing autographs each day at 11 a.m. in Hall DE, table #213 at the Oregon Convention Center.

Kaskey’s sculpting career took off in 1983 when he opened Kaskey Studio. He then began working on his first masterpiece, “Portlandia.” Located outside of the Portland Building, this sculpture has become a symbol of the city. The iconic image is featured on the ANA National Money Show logo.

Standing 38-feet-high, “Portlandia” is the second largest copper sculpture in the United States after the Statue of Liberty. The statue features a woman holding a trident in one hand and reaching down with the other. The figure was modeled after the image on the Seal of Portland. In 1986, Kaskey won the Henry Hering Medal from the National Sculpture Society. Kaskey went on to create notable pieces such as “Bather,” “Justice Delayed, Justice Denied,” “WWII Baldachino” and most recently, “International Brotherhood of Teamsters,” a 70-foot-long frieze that lives in the Teamsters headquarters in Washington, DC.

The Portland National Money Show features more than 500 numismatic dealers with extensive inventories; the ANA Museum Showcase, exhibiting some of the world's most valuable and beautiful coins and paper money; the Collector Exhibits area; and a wide range of educational presentations and seminars. Show hours are 10 a.m. to 5:30 p.m. Thursday, March 5 and Friday, March 6; and 10 a.m. to 4 p.m. Saturday, March 7. ANA members are admitted free. For more information, go to NationalMoneyShow.com.

The American Numismatic Association is a congressionally chartered nonprofit educational organization dedicated to encouraging people to study and collect money and related items. The ANA helps its 26,000 members and the public discover and explore the world of money through its vast array of education and outreach programs, as well as its museum, library, publications, conventions and seminars. For more information, call 719-632-2646 or go to www.money.org.

That is a BIG statue!

I don't think that would fit into my house.

Man!! Wish I could mKe it. Maybe next year. I'll be looking up Mr. Kaskey's work though. I enjoy sculptors.

That's great! That will be a fun time!

Look forward to seeing this.