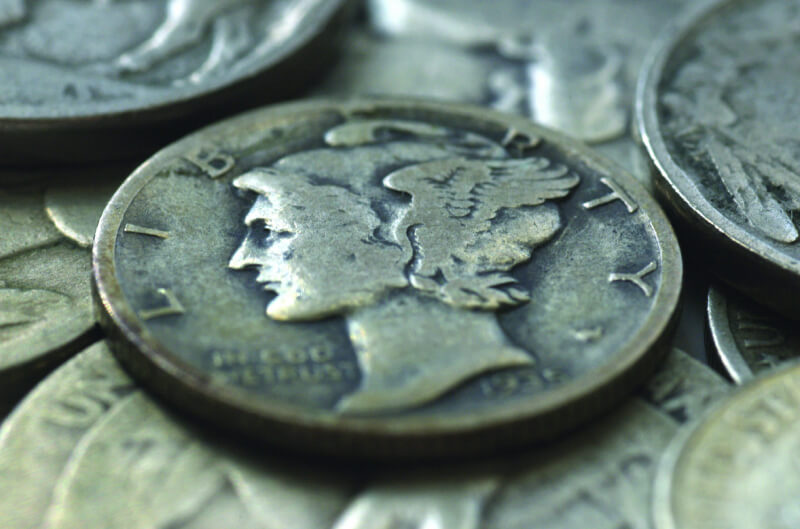 11 Apr 2016
The South Shore Coin Club (SSCC - www.ssccmke.org) hosted the Numismatists of Wisconsin (NOW – www.numismatistsofwisconsin.com), at their 52nd Annual Coin Show. It was held on March 31 – April 2, 2016 at the Crowne Plaza Hotel, located in the area of 13th and College Avenue, in Milwaukee, WI.  The SSCC event is the largest coin show in Wisconsin.  The show had 40 dealer tables and an attendance of 725.  The dealers who left the show on Friday missed out on an excellent public attendance on Saturday.  We will mention that the weather on Saturday was snowing and cold.  Hard-working members of the SSCC handled the registration, sold raffle tickets and gave out special wooden nickels that were made for the show.  The convention had competitive exhibits, along with a Saturday Boy Scout Coin Collecting Merit Badge Clinic.  Darrell Luedtke was the exhibit chair.  The Numismatists of Wisconsin (NOW – www.numismatistsofwisconsin) President Thad Streeter, along with Cliff Mishler handled most of the duties behind the NOW club table.  NOW had a board meeting on Saturday afternoon.  The Crown Plaza is an excellent location for a coin show with its free airport shuttle and parking, a well-lit and carpeted convention hall, a very nice restaurant and the Interstate within blocks of the hotel.  Security was very good and nothing was reported lost or stolen.  The dealers we talked to said they had a good show and sales.
An outstanding Friday night Mystery Dinner took the club members to “Best Place” located at the Historic Pabst Brewery in downtown Milwaukee.  The Best name was taken from the names of the founders, Jacob Best and Phillip Best.  In 1844, Jacob Best starts a brewery in Milwaukee which later became the Pabst Brewing Co. which closed in 1996.  In 2001 Jim Haertel started the purchase of Best Place, and after many trials and tribulations he ended up owning it.  It was completely restored to its original décor.  The 20 members who attended not only received an outstanding meal (and one free beer) but also a history of the brewery by Scott Smith who is the Manager of the location.  A tour followed the talk.  Everyone who attended enjoyed this extraordinary “Mystery Dinner.”
The Milwaukee Numismatic Society (MNS – www.milwaukeenumismaticsociety.com) held their 36th Annual Boy Scout Coin Collecting Merit Badge clinic in conjunction with this show on Saturday.  The clinic was chaired by Leon Saryan, PhD along with members of the MNS.  Speakers for the clinic were, Leon Saryan, Roger Lick, Justin Perault, Bruce Benoit (who revamped the program in 1985), and Lee Hartz.  Several other club members assisted with the testing.  Stu Caddell ran the projector.  The MNS clinic was started in 1981 by Lee Hartz and Tom Casper.  Several national organizations have adopted the MNS Boy Scout Coin Collecting Merit Badge clinic   Twenty scouts registered and took this clinic with 19 of them passing all the requirements and receiving their merit badges.  After the clinic ended, Bruce Benoit took the scouts and their family members on a tour of the bourse and exhibit area.
We want to thank Show Chairman Joe Bartoszewicz, Co-Bourse Chairmen Michael McAndrew and Howard Thorpe, President Jim Taylor and all the members of the SSCC for providing the American Numismatic Association (ANA – www.money.org) with a free table.  We were able to sign up or renew 42 members for the Association.  The ANA started a new promotion that many took advantage of.  If you renewed for three years at the level you are currently at, or became a Platinum member of the ANA, you received a 125th Anniversary slabbed 2016 American Silver Eagle.  A very special thank you to James Redemann of Avenue Coins and Jewelry of Appleton, WI., for donating $40 to the ANA for the shipment of the coin show kit.
We look forward to attending next year’s 53rd coin show, at this same location on April 7 - 8, 2017.
Yours in Numismatics,
John and Nancy Wilson, ANA National Volunteers
Tags
Categories
Archive
Share this on:

Thanks for writing such an interesting blog! Sounds like a fun time!

It sounds like you had a wonderful attendance under such weather related pressures. Coin shows are hard work for those who volunteer to setup, assist dealers, assist patrons and take down the event, but there are many rewarding pieces to every coin show that volunteers can take pride in! Thanks for sharing your experience!!!

Nice blog! Thanks for telling us about. Was the1908 coin there? I appreciate when someone who goes to a show takes timeout of their dayto tell us about it. Take care mike.

Awesome job signing up 42. people. Are any of these YN's?