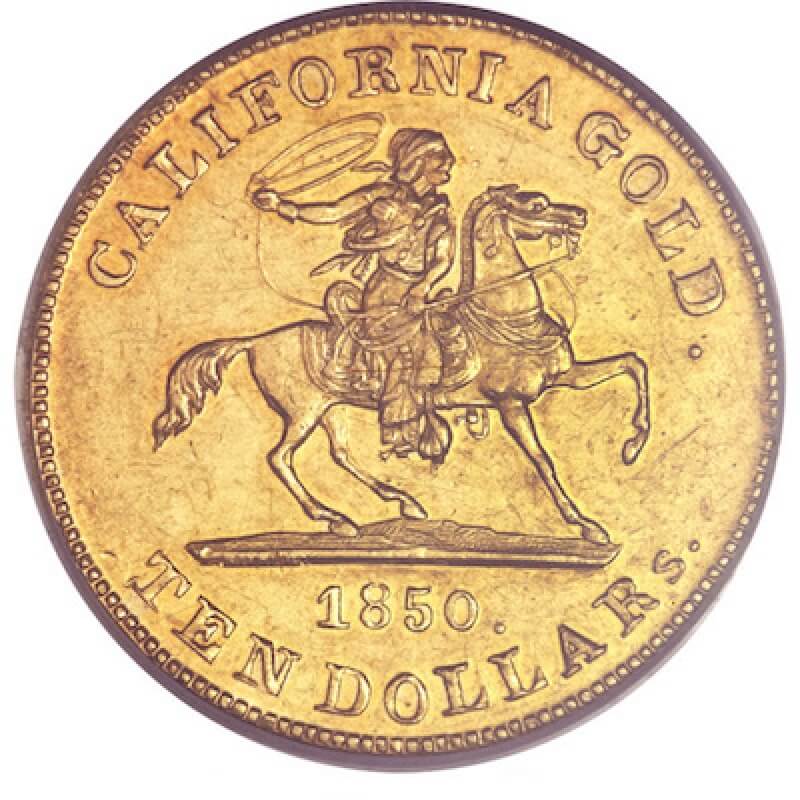 By John and Nancy Wilson

The South Shore Coin Club (SSCC - www.ssccmke.org) hosted their 54th Annual Coin Show on April 11 – 12, 2018, at the Crowne Plaza Hotel, located at 6301 S. 13th St, Milwaukee, WI.  This is the largest coin show held in the State of Wisconsin.   We want to thank General Chair and SSCC President Mike McAndrews, Assistant Chair Jim Taylor, along with the officers and members of the SSCC for giving the American Numismatic Association (ANA - www.money.org) a free table.  We signed up 10 new or renewing members for the Association. Paragon Numismatics Dealer Andrew Kimmel made a 501 © (3) donation of $100 to the ANA for the shipment of the coin show kit.

The show featured 41 dealers at the 100 tables that were set up.  This figure includes exhibits and club tables. Though the weather outside was raining, attendance for the two-day show was 650.  On opening day so many people were waiting to get in the organizers let them in ten minutes early. The show had a $2 admission charge and the first 50 veterans who attended each day were admitted free.  U. S. Collectors advocates sponsored the free Veterans admission. Hard-working members of the SSCC handled the registration, sold raffle tickets and gave out special wooden nickels that were made for the show.  Free literature was also available. The popular hourly door prize drawing was also held. The show also featured James Skwarek (photo attached) of him holding his just released reference on, “Encased Coins of Wisconsin.”  Only 100 copies were produced and sold at the show for $105 (which includes the tax).

The competitive exhibits were handled by Darrell Luedtke.  Darrell also handles show advertising and is in charge of getting the wooden nickels.  The Crown Plaza is an excellent location for a coin show with its free airport shuttle and parking, a well-lit and carpeted convention hall, a very nice restaurant and the Interstate within blocks of the hotel.  Security at the show was excellent.  The dealers we talked to said they had a good show.

The Milwaukee Numismatic Society (MNS – milwaukeenumismaticsociety.com) held their 37th Annual Boy Scout Coin Collecting Merit Badge clinic in conjunction with the SSCC Convention on Saturday.  The clinic was chaired by Leon Saryan, PhD, who was assisted by Bruce Benoit, along with other members of the MNS.  Speakers for the clinic were, Roger Lick, Dave Hunsicker, Leon Saryan, and Bruce Benoit.  Several other club members assisted with the testing, and other parts of the clinic.  MNS President Justin Perault ran the power point presentation.  The MNS clinic was started in 1981 by Lee Hartz and Tom Casper.  Several national organizations have adopted the MNS Boy Scout Coin Collecting Merit Badge Clinic   The 41 Boy Scouts who registered for the Coin Collecting Merit Badge Clinic passed all requirements and received their merit badge.  The attached photo was taking after the clinic ended and shows the scouts, leaders and workers for the clinic on the stage of the auditorium. After the clinic ended, Bruce Benoit took the scouts, their leaders and family members on a tour of the bourse and exhibit area. Some scouts joined the ANA after the clinic ended.

We look forward to attending next year’s 55th annual coin show, at this same location on April 12 - 13, 2019.  Yours in Numismatics, John and Nancy Wilson, ANA National Volunteers 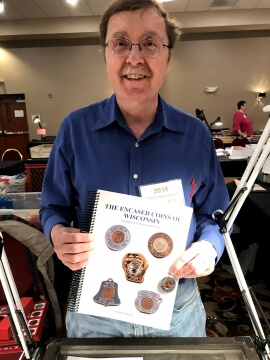 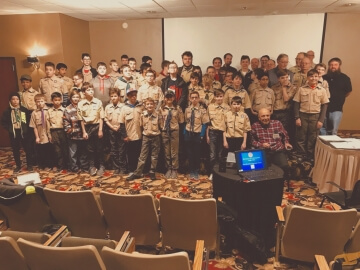 Congrats on the event looked like all had a good time.

Looks like a great time for everyone! 41 Boys Scouts earned their badge, how cool is that!

Great show and participation. I never got a coin show when I was a Scout.Thanks for your efforts to spread the word!!

Sounds like a great show, many dedicated ppl involved.

Congratulations on a successful show and spreading the word. I only wish I could make one of these terrific shows. Thanks to the volunteers who helped without them there is no show. Mike.