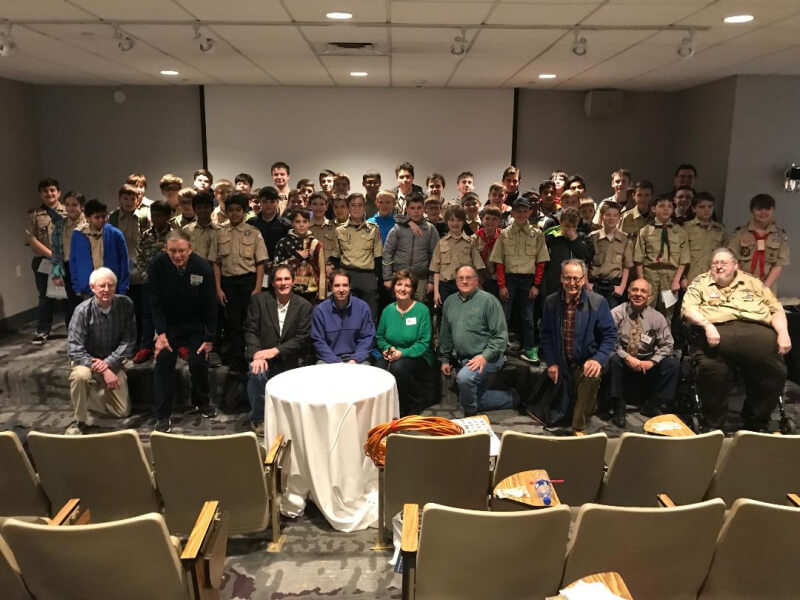 The South Shore Coin Club (SSCC - www.ssccmke.org) hosted their 55th Annual Coin Show on April 12 – 13, 2019, at the Crowne Plaza Hotel, located near the airport in Milwaukee, WI. The Crown Plaza is an excellent location for a coin show with its free airport shuttle and parking, a well-lit and carpeted convention hall, a very nice restaurant and the Interstate within blocks of the hotel. The Milwaukee based SSCC holds the largest coin show in the State of Wisconsin. A special thanks to General Chairmen Mike McAndrews long with assistant Chair James Taylor, along with the officers and members of the SSCC for giving the American Numismatic Association (ANA - www.money.org) a free table. Mike McAndrews is also President of the SSCC. We signed up 15 new members for the Association. We also signed up two patrons for the upcoming ANA convention in Rosemont, IL on August 13 – 17, 2019. Paragon Numismatics Dealer, Andrew Kimmel, from Mequon, WI. made a 501 © (3) donation of $500 to the ANA and designated for the Library fund. We talked to many people who had an interest in collecting, and they took a copy of The Numismatist and an application to join.

The show featured 38 dealers at the 90 tables that were set up. Early Bird badges were also sold. This figure includes exhibits and club tables. The dealers we talked to said they had a good show and the traffic was steady. Registered attendance for the two-day show was 650, even with an admission charge of $2. The first 100 Veterans and first 100 Seniors on Friday and Saturday were admitted free, courtesy of, “The Coin Collector” (62+) Dedicated members of the SSCC handled the registration, sold raffle tickets and gave out special wooden nickels that were made for the show. They also helped with set-up and breakdown duties. The Exhibit Chair was Darrell Luedtke who also handles show advertising and is in charge of getting the wooden nickels. An informational pamphlet the exhibits was also produced. The convention had two outstanding competitive exhibits. Free numismatic literature was also available. An hourly door prize drawing was also held. Security at the show was excellent and no problems were reported.

The Milwaukee Numismatic Society (MNS – milwaukeenumismaticsociety.com) held its 39thAnnual Scout Coin Collecting Merit Badge clinic in conjunction with the South Shore Coin Club Convention on Saturday April 13th. The clinic was chaired by Leon Saryan, PhD, who was assisted by Bruce Benoit, along with other members of the MNS. Speakers for the clinic were Leon Saryan, Bruce Benoit, and Andrew Kimmel. MNS President Justin Perrault ran the power point presentation. Several other club members assisted with the testing and other aspects of the clinic. The clinic is divided into seven segments covering how coins and paper money are manufactured and used, basics of coin collecting, coin storage and care, grading standards, mint marks and designer’s initials, paper currency, and the Federal reserve. The 56 participating scouts, which now includes girls as well as boys, completed all specified merit badge requirements and will receive their merit badges.

At the end of the clinic, the scouts, their leaders and family members were escorted on a tour of the bourse and exhibit areas. Some of the scouts returned to the ANA table and joined the Association. The MNS scout clinic, now nearly four decades old, was established in 1981 by Lee Hartz and Tom Casper. Over the years, several local and national organizations have adopted the MNS model. The attached photo was taken after the clinic ended and shows the scouts, leaders and workers for the clinic on the stage of the auditorium. Leon Saryan, PhD., contributed most of the information for this story.

We look forward to attending next year’s 56thannual coin show on April 17-18, 2020, at the Four Points by Sheraton, located next to Mitchell Field.

Yours in Numismatics, John and Nancy Wilson, ANA National Volunteers

Nice to see so many kids getting interested in numismatics!!!!!!!

Great blog! Thanks for all you do for the kids! Looks like a lot of fun ; )

Thanks for volunteering your time!

I thank the volunteers because of them no show.would be successful. You c have tables after tables coins after coins famous people but without any one to set it up help people correct them then it's just a bunch of dealer's.. I thank you all who donated there time.

Once again I thank you guys for all you do. The Boy Scouts really need all the help they can get these days. Thank you..