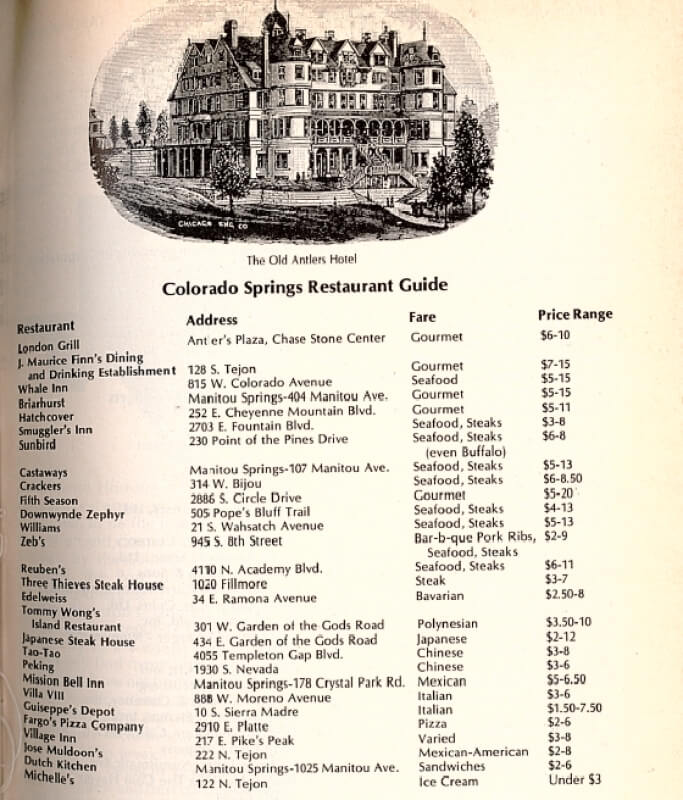 Pictured above is the Colorado Springs Restaurant Guide found in the January 1978 issue of The Numismatist. This guide was published to give traveling attendees a few recommended restaurants in the Colorado Springs area. Many of these restaurants are still in business including Briarhurst, Sunbird, Edelweiss, Fargo’s Pizza Company and Jose Muldoon’s.

The 1978 show was at The Broadmoor Hotel, Feb. 15-19. There were 2,125 people in attendance. Prior to the convention, an article was released to the members stating that the average weather in February was around 40 degrees. Following the convention several members joked that God must have scoffed at this average temperature and sent Colorado one of its biggest snow storms with temperatures averaging -2 degrees. The Broadmoor Hotel was so chilly that dealers begged for space heaters.

This year the NMS will be in Portland from March 5-7 at the Oregon Convention Center. I’m not going to try to predict the weather, but it would be safe to assume that the temperature will be above -2 degrees. For more information regarding the show, go to www.NationalMoneyShow.com, or click on one of the following links:

It nice but cold.

Wish I could go this year!