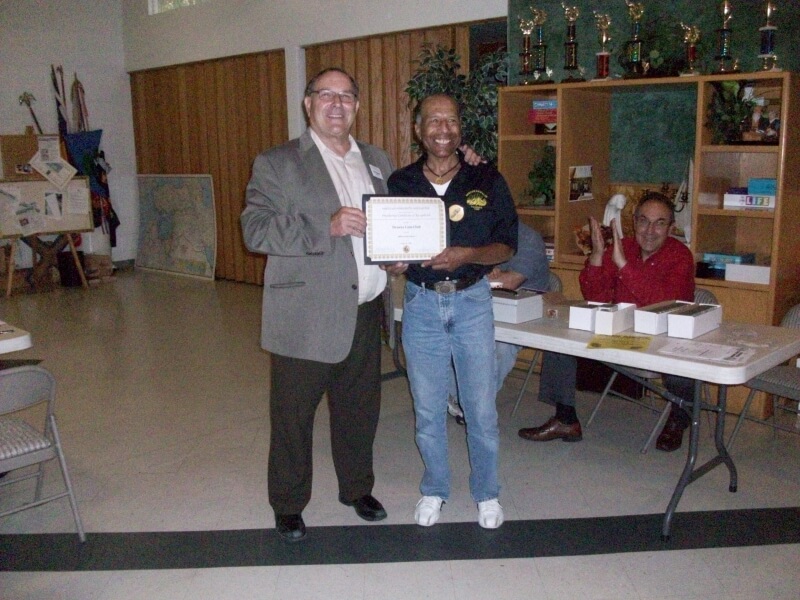 The Denver Coin Club celebrated its 80th birthday during its regular monthly meeting on Thursday evening June 25, 2015. In attendance to mark and celebrate the club's milestone anniversary was special guest speaker, ANA President Walt Ostromecki. Ostromecki who was already on hand in Colorado Springs attending the ANA's annual Summer Seminar made the trip by car to attend the Denver Coin Club's celebration and member pot luck dinner. He was accompanied by ANA Education Director, Rod Gillis and former ANA Governor, Mike Ellis.

The official ANA delegation braved a fierce hail storm; thunder and lightning accompanied by a torrential down pour near Castle Rock on US Highway 25; and when they reach the outskirts of Denver bumper to bumper rush hour traffic! Upon arrival at the meeting location, the social meeting hall of the Salem United Church of Christ, the weary and rain soaked travelers were warmly greeted inside by cheers and applause, handshakes from members standing in a long receiving line and mugs filled with hot tea. A lavish potluck style dinner followed.

Denver Coin Club President Theo Gould called the meeting to order following dinner around 8PM with approximately, 60 or so members and guests --with a number of individuals being recognized as members from other coin clubs surrounding the Denver area—in attendance. Gould followed this with a brief recap of the Denver Coin Club's outreach services to both the numismatic hobby and the ANA. Then, he introduced the two special ANA delegation guests who spoke briefly about ANA benefits and educational outreach services available to members.

The evenings keynote speaker, ANA President Ostromecki, was introduced and spoke about the proud 80 year history of Denver Coin Club service and educational outreach to both the public and collector alike. His talk began with two special ANA recognitions of distinction: the engraved ANA certificate of achievement upon reaching its 80th anniversary milestone; and a special ANA presidential presentation as 'A Point of Numismatic Light' for its dedication to enhancing the fun hobby experience of numismatics to countless others over the past 80 years.

Ostromecki’s presentation took those Denver Coin Club members and guests assembled on a nostalgic trip (no pun intended) down memory lane. He noted that the club was founded in 1935 under the name, 'The $10 Buck Coin Club in Denver'. In February of 1936, it joined the ANA as the Denver Coin Club, Life member #5100. T. James Clarke was ANA President at that time.

Ostromecki noted, "Since being founded during the time frame of June 21-26, 1935, the following numismatic events took place in Treasury Department history: The Gold Reserve Act of 1935; the Central Banking Act of 1935; the appointment of Georgia Nesse Clark as the first woman US Treasurer in 1949; the discontinuance in the exchange of US Silver Certificates for silver bullion in 1968; The Denver Mint the first US Coin, a commemorative $10 gold piece for the 1984 Los Angeles Olympics; the US Treasury building fire severely damaged the old cash room; and in 2011 US Savings Bonds went from being printed to electronic issue."

The Denver Coin Club hosted its first ANA Convention in 1963. Dan Brown was the convention chair along with a couple of convention assistants, one being a young up start coin dealer named Howard Hinsey ---who was present at this historic 80th anniversary meeting. He reflected about some of the convention particulars noting the event took place on August 7-10, 1963 at the Denver Hilton, with show attendance being roughly 2,500.

By the 1963 ANA Convention 'The Educational Program' feature had become well established. This program attracted many an ANA convention attendee. The 1963 keynote speaker was Mrs. Elvira Clain-Stefanelli, Associate Curator of Diverse Numismatics at The Smithsonian. Her topic: Art in Coinage' attracted a crowd of 150 or more. Her husband, Vladimir, was at the time ANA Museum Curator.

The Denver Coin Club has also hosted ANA Conventions in 1996, 2006, 2012 and is considering a partnership with other Colorado Coin Clubs to jointly act as a host committee for the 2017 World's Fair of Money. The club issued a special souvenir medal as the host club for the 2006 ANA World's Fair of Money convention. The design features on the obverse the logo at the time of the ANA, with the reverse depicting a scene of rays over the Rocky Mountains and the "D" Mint mark.

Today at age 80, the club's future looks brighter than ever. Approximately 90 paid members are on its rolls, with nearly actively involved and attending the monthly meetings. The Denver Coin Clubs meets at various Denver locations on the last Thursday of the month at 7PM. Guests are warmly welcomed. Dues are $10 a year and include a copy of the monthly club newsletter. For further information, contact President Theo Gould via email at: theo@tozan.com or write the DCC at PO Box 440725, Denver CO 80044. You can also visit their website at: www.denvercc.anaclubs.org. 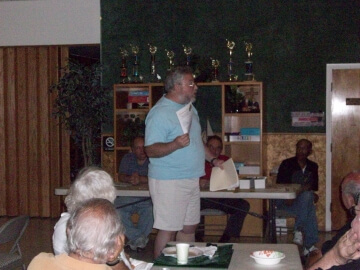 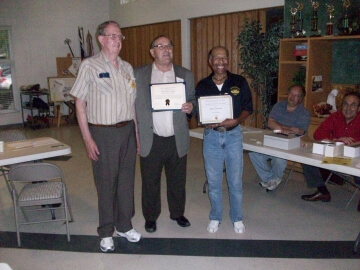