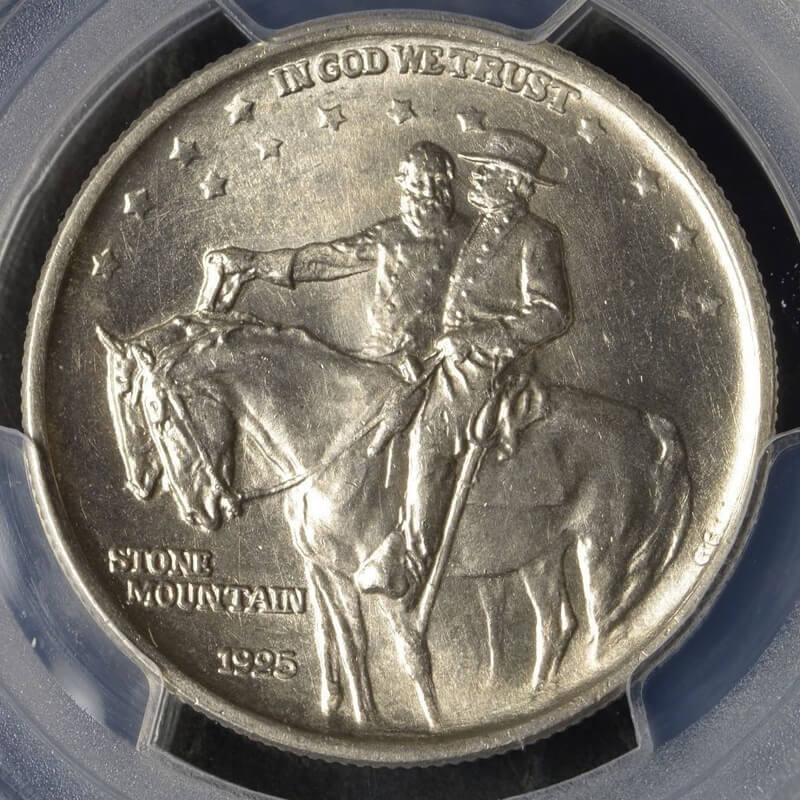 The 1861 Confederate half dollar

1925 Stone Mountain US half dollar

Great, interesting, worthy of a published article. Any historian would enjoy this.

Nice read throughout the article. This topic especially brings interest because of the folklore of Confederate gold existing.

That was fantastic. I need to read it again, and probably again. Thanks for the information, I learned a lot.

In the Gobrecht Journal November 2005, die marriages of the 1861 O half dollar are differentiated and attributed to U.S., Louisiana, or CSA control of the New Orleans Mint though all use the same dies.

Great Blog! I guess what I think is brief is different from what the ANA thinks lol! also, those are some cool coin designs!

Now that was not only good reading but exceptional writing. I had researched this topic but never was able to obtain certain information. You did that for me and I am extremely thankful for all the information and research you did. Thank you for taking the time to write this wonderful article. Mike

Very informative blog. I just learned about the reading room. I'll be checking back often!!

What a great blog Jake! Really interesting! Thanks!