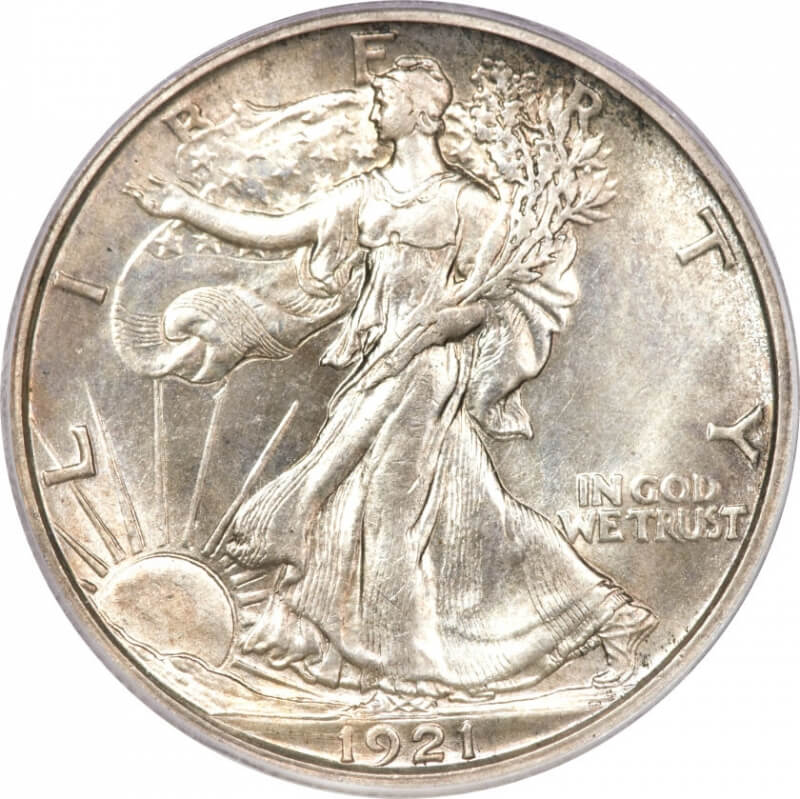 16 Dec 2014
**Every day this week we will highlight submissions from the My Coin's Story Young writing contest. Young Numismatists were asked to write a historical fiction story based on a favorite coin. The winners will be revealed on the blog on Friday, Dec. 19.

My name is Nicholas Baldwin, and I am sixteen years old. I live in Colorado Springs, Colorado, and I have been a member of the ANA for three years. A few months ago I purchased a 1921-S Walking Liberty Half Dollar, my first true key date coin, from Hallenbeck Coin Gallery in downtown Colorado Springs. The coin is graded NGC G-6 and is in an EdgeView holder. The rims are all intact except for a small patch at 9 o’clock on the reverse where it is worn smooth. The fields are fairly mark-free, with very few noticeable scratches or pits. If help up to the light just right, a small amount of reddish-orange toning is visible on the obverse, between the “L” and “I” in “LIBERTY”.  Its appearance is about what one would expect from a coin in Good condition. It appears to have been circulated for several decades before its scarcity was recognized and it was put into a collection. Or perhaps it was saved initially, then spent when it was truly needed.

In 1921, the United States was vastly different than it was today. America had just ended the First World War and its economy was booming. The “Roaring Twenties” was just beginning, a bright star of success in American history. The San Francisco Mint made just over five hundred thousand half dollars that year, a tiny number compared to the six and a half million minted in 1920. In 1921, fifty cents still had legitimate buying power. A dozen eggs, four gallons of gasoline, and a pound of coffee could all be bought with this one coin. In the 1920s, numismatics had not yet become widely popular, so the small mintage went relatively unnoticed. However, there were a few savvy collectors who were aware of this potential rarity. Isaiah Hellman, a Wells Fargo banker, invested $30 in three rolls of brilliant new half dollars as soon as they arrived at his bank. At the end of the day, he took them home and put them in his safe next to other rolls of potential rarities. Having lived in San Francisco for thirty years, he had picked out other low-mintage issues such as the 1909-S Indian and Lincoln cents, 1912-S nickels, various dimes, and even a roll of rare 1901-S quarters. For Christmas 1923, Hellman decided to open up one of the rolls and give the coins to his grandchildren as gifts. One lucky recipient of a ‘rare’ half dollar was a boy named Richard Hammond, who was only nine years old at the time.

Ten years later, Richard was nineteen years old and looking for work in the height of the Great Depression. He searched desperately for money to buy food with, but it was difficult. In a box under his bed he found a shiny half dollar dated 1921. He remembered receiving it as a gift from his late grandfather the banker. Since he did not know his grandfather well and could not remember what was so special about the coin, he spent it on a ham from the butcher for his family. Later that week, the butcher gave the coin to a wealthy visitor from Baltimore in change. The visitor, a Mr. Louis Eliasberg, was on vacation to visit relatives. Eliasberg had acquired his wealth through banking, which was the only way he could afford to travel cross- country by train. Although he was a banker, he usually ignored newer silver coins. However, on the long ride home, he was bored enough that he pulled out his change to see what he had. The 1921 half jumped out at him. Having only been in circulation for one day, it was in beautiful Mint condition. As he examined it more closely, Eliasberg remembered that all 1921-dated halves were made in small numbers. He could easily obtain one from his bank if he wanted, but they were very unlikely to be marked with an “S” since the San Francisco Mint was three thousand miles away. Consequently, he decided to keep it. At his home in Baltimore, he put it in a cabinet with other interesting pieces he had found in circulation. A few years later, one of his banker friends gave him an even better example of the same issue, and since he only saw the need for one in his collection, the 1921-S became his pocket piece. For the next several years, the half dollar went everywhere Eliasberg went. Finally, it was supplanted by a Peace dollar so the he could once again have a glittering metal work of art to admire whenever the mood struck. Having served its purpose to the banker, the half dollar was sold to a local dealer in a mixed lot of other coins.

By 1943, the Walking Liberty half was still in production. In fact, half dollar production hit a new high with nearly seventy-eight million coins produced from the three mints combined, a vast increase from the mere one million pieces minted in 1921. Since the design was not yet obsolete, serious numismatists generally ignored them. Interestingly, more casual collectors saved them than self-titled numismatists did. A good reason for this was the wartime rationing due to World War II. With a reduced number of products to spend their money on, people (particularly younger people) began collecting the money itself. The advent of blue Whitman folders made it easy to organize a collection and only made it easier to save the better coins from one’s pocket change. A young boy who worked newspaper route in downtown Baltimore had taken up this new hobby. He wanted to be different from his friends, who all had folders full of ‘pennies’, so he set his sights on the biggest coin he could find in change: half dollars. The old Barber design would not do, since most of the examples he found were worn nearly slick. The only other choice was the current series. Over the period of a few years, the boy found the majority of the coins in circulation in varying states of preservation. Some of the branch mint issues took a while to find, but eventually he had a nearly complete set. Only a few of the early Denver and San Francisco coins remained elusive. One day, he passed a shop with “We Sell Coins” written on the window. His interest piqued, he walked in and saw a tray of his half dollars in a glass case marked “rare dates- $1 each”. After searching through a few dozen coins, he found a worn 1921-S. Remembering the empty hole in his folder, he purchased it without hesitation.

Sixty years later, the boy was in his seventies and living in Colorado Springs, Colorado. His interest in coins had not abated since his paper route days, and he had a fine collection. One day, while looking for Christmas lights in his basement, he found a forgotten box full of blue Whitman folders from his childhood. He knew that some of the coins were worth much more than he had bought them for, so he picked out the more valuable ones to preserve. The man sent a half dozen of them to NGC, a company he had seen advertised in Coin World magazine. Among them was the 1921-S he had found in that tray so long ago. When they came back, they were all graded between Good and Fine. Having no practical use for them anymore, he sold them as a group to his usual dealer, Hallenbeck Coin Gallery in south Colorado Springs. A few months later, I came in with fifty dollars in my pocket looking for something to add to my collection. I found the ’21-S in a row of slabs priced at $59. Since I was nine dollars short, I put it back. However, Chad, the helpful store manager, said he could sell it to me for fifty. Thus, I purchased this half dollar and my first real key date. I do not plan on selling this coin unless it is for a higher grade example of the same coin. For now, however, it will stay on my coin box with the rest of my collection.
Tags
Categories
Archive
Share this on: 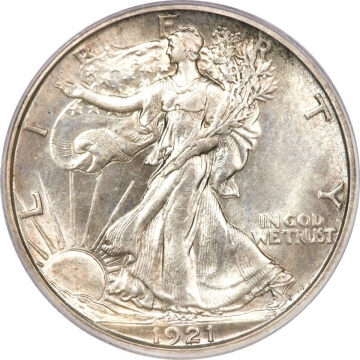 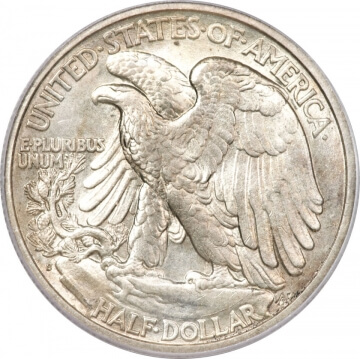 Special coin with a good background. You did a great job writing of this coin.

I wish my coin. looked that well. The sad part is I received a better grade. I will never understand graders. Good for you enjoy it. And take it out now and then to appreciate the beauty of it. Mike.

Man, I wish mine looked like the one they used for the top picture!

Great job! Nicholas, you have a great writing style.

I love this story. Just, think, many coins do have such an unknown history behind them.