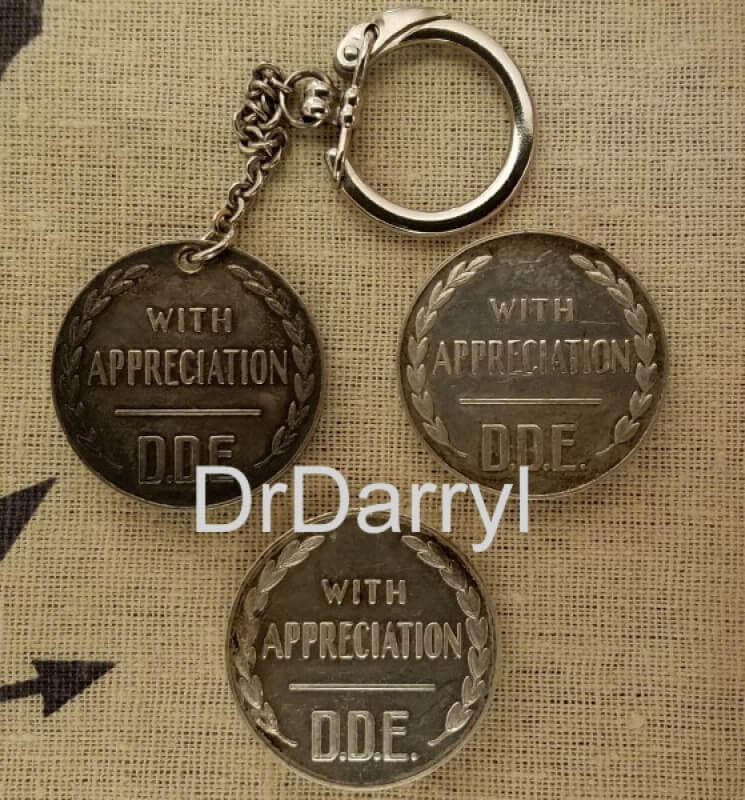 26 Nov 2017
In my previous blog entry it was not obviously mentioned, but the point needs to be made.

At the 2017 ANA World's Fair of Money, it was incorrectly pointed out that I missed the inclusion of the non-U.S. Government issued President Lyndon Johnson medals (manufactured by Medallic Art Company (MACO).

There is a rather large knowledge gap in U.S. numismatics. Special medals for U.S. Government agencies, special Government medals, or simply sGms have not been cataloged nor documented properly in U.S. numismatics. I've seen many Eisenhower POTUS sGm specimens with remnants of acid testing , cleaning, and other mishandling. It can be said that the sGm knowledge gap  aided in the decimation of remaining POTUS sGm population. Majority of collectors and dealers simply do not known what they are.  However, there is another area that has fallen to  into a bigger problem, part of our U.S. history is being lost.  Many of the original recipients  of the Eisenhower POTUS sGms have passed away resulting in their knowledge being lost forever.

I brought up this subject (the lost history of sGms) to a retired U.S. history professor (lectured at a major west coast university and an ardent President Eisenhower admirer) and was totally amazed that I documented  medals unknown to U.S. historians and are newly discovered/found presidential period artifacts.  He pointed out that I was in uncharted waters of President Eisenhower history.   This had me go into a deep dive to locate any mention of the Eisenhower POTUS sGms in published literature from 1958 through 1961. There is an empty sea of knowledge in this period literature.

I added an image of  text (prefer to keep the source unknown for the moment) that I found. It is totally inaccurate. This text makes reference to the Class 1 POTUS sGm (half-dollar size) of which images were added to this blog entry (this is the first ever picture of a Class 1 type set).

It should be noted that my 2014 book was the first instance in U.S. numismatic history where a half-century old Bureau of the Mint medals was first organized into series,  first release of actual mintage, first release of end of term destruction inventory, first identification of the designer, etc... , and was the first to document and share the discovery  with the U.S. numismatic community.

There are three Class 1 die marriages. A  common obverse die is paired with each of the three different reverse dies.

Reverse die -01 is blank resulting in a uniface medal. The thickness of 2.6875 was made in order to remove die clashing on the blank side (as a result all Class 1 medals are this thickness). The blank side was inscribed with custom text by a commercial jeweler (located within the Pentagon). There are currently three known types of  custom text. The "Newport, R.I. 1958" text designates it as a Summer White House issue, hence the letter identifier in -01b .

Reverse die 02 depicts the year 1959 of which President Eisenhower visited Europe .  (To be discussed in my future book: A limited number of this medal is accompanied with a presidential card and envelope).

This is a sampling of my on-going research. Extensive research findings are in my books.

thank you for the blog it is a very interesting subject. cant wait for the next one

I look forward to reading more on this subject.

Nice information. I learned something about the striking of medals. Thanks

Looking forward to reading your book.

Interesting blog. Thanks for the information.

Good luck on this "uncharted" area. Very interesting. If you disappear, we'll know what what happened. heheh. Thanks!

The U.S. Government has had special medals made for dignitaries since the mints opened. It was a way of presenting a gift. They were not made for the public just as special gifts. Many medals contain famous President's for heads of state and don't belong to the history of American coinage. It was not meant for us and never will be. They will continue to be minted for famous people and families. We will never see them and have no reason to. There is such a thing as privacy. We don't own the mint and we don't decide who gets what. One of our allies might want something maid and if the President says ok it's made. It not a secret never was. Thank you for your information.

Fascinating. A little known part of numismatics. I learned something