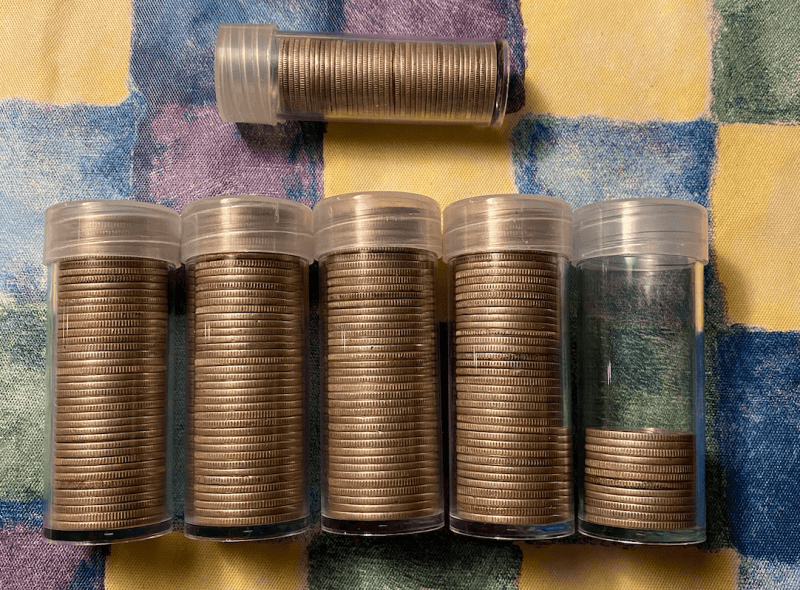 I recently went to visit my grandmother in New York and while I was there she had me help her clean up the basement. I noticed what appeared to be some sort of safe and was obviously very excited at the prospect of valuable coins given my grandmother's age. Lucky for us, the safe was already open (not particularly secure, I know) and as I opened the door I immediately saw exactly what I was hoping for: silver coins. There was an enormous pile of quarters and a handful of dimes, and upon further examination I realized that all of them were pre-1964. I explained to my grandmother that these coins were worth around 20 times face value, the going rate at the time, and that she should go to her LCS and trade them in for some spending money. But, given what a kind soul she is and knowing that I am an avid collector, she gifted me the entire lot. I reminded her that these were worth almost $1000, but certainly didn't put up much of a fight. I took them upstairs to count up the total amount and see if there were any keys (there weren't) and I ended up getting $47 FV in silver quarters and dimes. Of course I did not sell them and don't plan on selling them, they will remain a part of my collection for the foreseeable future. What a time to be alive!

Great find. Are they all Washington quarters or are there any standing liberty's?

Ah I wish there were some SLQs, only Washingtons in this batch

Wow, that is amazing!

Wow, your grandmother sounds amazing!! My mothers step mother just passed away, and she being a VERY kind soul left me sack of silver coins. I am not sure what they have in them because I was unable to attend the funeral, but I will be excited to receive them in the mail

Hahaha she had plenty of that too, not to worry.

What a wonderful Grandmother! How exciting that must have been to anticipate the safes contents! ; ) Great finds!

I know she's the best, and yep it was so exciting! Thanks!