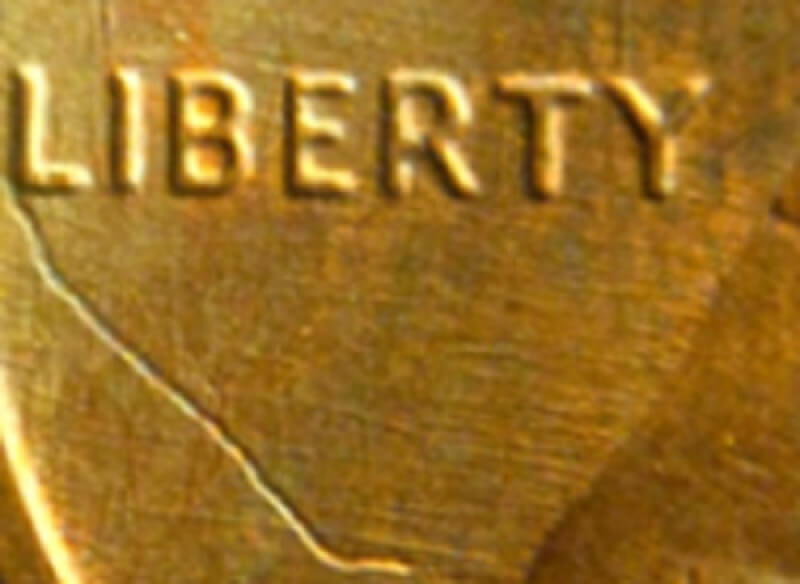 Debris errors are those which damage a die by distorting the intended design. When debris enters the minting chamber, the debris may be embedded into the coin, or a groove may be created on the surface

The first photo shows debris embedded into the surface of the coin in no arrangement. What the material is, is not identifiable.

The second photo shows material embedded into the surface of the coin across the entire coin. Whatever fell into the minting chamber was the length of the coin. One candidate is a shattered feeder finger, but it has not been confirmed.

The third photo shows a jagged line grooved on the surface of the coin. The damage could be overlooked as artificial damage, but it results from debris falling into the minting chamber.

Great blog. I also works in reverse. The most impressive was a ASE design elements pressed on a round sanding disc. Went for big money on HA. Thanks.

Interesting area of errors. Will keep searching for errors. Thank you

I agree with Mike on this one.

I have seen a few of these. I believe they can happen post mint from circulation.