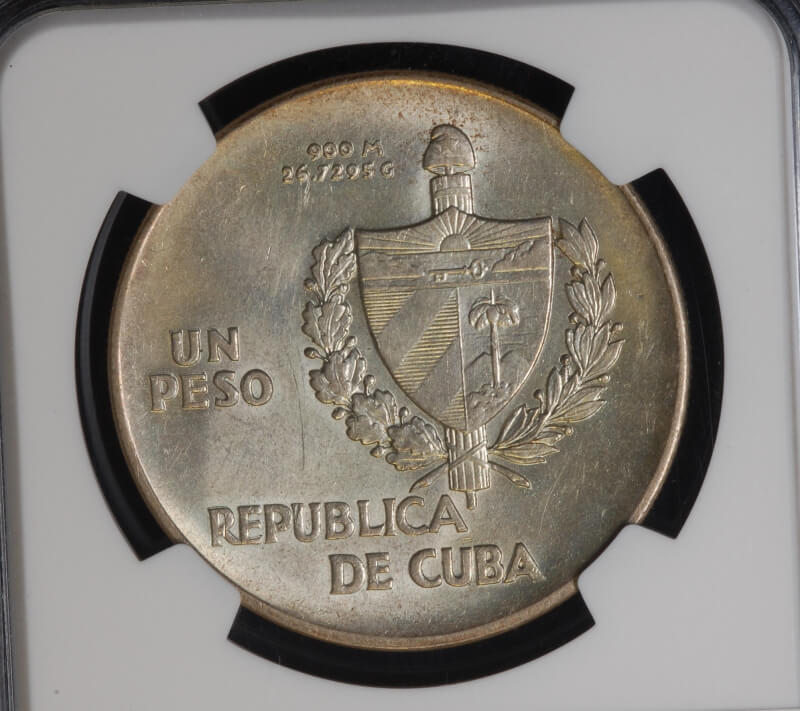 This is a one Peso piece from Cuba; it was made by the US mint in Philadelphia. It is called the "ABC Peso", based on a political organization called the "ABC." The group formed hierarchical secretive cells with levels A, B, and C. The secretary of the treasury at the time recommended the name for the silver coin.