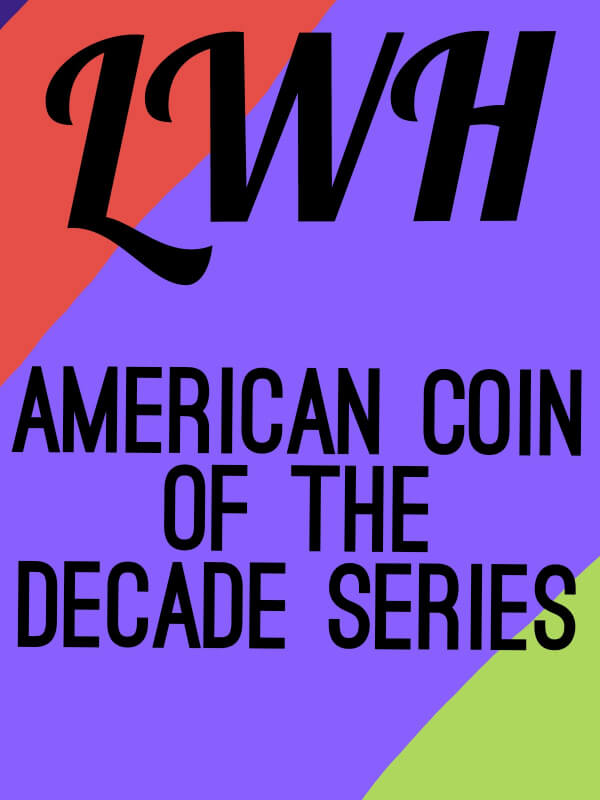 This is part nine of an eleven-part blog series

Starting on the 150th anniversary of Lincoln’s birth(or, as I like to put it, the 50th anniversary of the birth of the Lincoln cent), the "Memorial" started a widespread hoarding of its predecessor, the "Wheatie". While perhaps not as nostalgic or popular as the "Wheat" cent, the "Memorial" still played an important role(and technically still does, as it remains in circulation) in providing an initial series for new collectors and roll-hunters. The obverse remained the same, but the reverse changed from the wheat ears to Lincoln standing in between the pillars of a building(which I believe was a house of his, but I am not entirely sure). A great starter series for new numismatists, the "Memorial" wins this award.

The Washington quarter spent part of this decade in silver composition, and the other in depressing clad, courtesy of a government that was at the time taking multiple measures against numismatics. The work of John Flanagan, the quarter’s popularity changed plans to merely do the Washington design for a sole year. While it was sad that it’s composition was changed for the worse, every clad cloud has it’s silver lining. No, not partial silver composition, but a satisfying design. Our first president, founding father, and iconic general, George Washington flanks the obverse, while a perched eagle is on the reverse. Consider also the person being depicted, Washington, who had such an influence on America that for over a century no president ran for more than two terms simply because he thought that was an appropriate amount! A pleasing design, and pleasing person depicted, the Washington quarter reigns champion for this decade.

In commemoration of the bicentennial of the founding of the United States of America, among other things, three coins, the quarter, half-dollar, and dollar, received the date of "1776-1976", along with a special one-year reverse. The designs for these special reverses were selected in an open contest. With that basic background information, let’s return back to the winning credentials for the bicentennial Kennedy half-dollar. The reverse was designed by Seth Huntington. Featuring Independence Hall, to the right of the building is the inscription, "200 Years of Freedom", on the left is the traditional motif, "E Pluribus Unum", while below is the name of the building. The design, while still being detailistic, has a sense of orderliness, being uncluttered. Having a patriotic, well-done one year special reverse, the Kennedy bicentennial definitely deserves this award.

1970-1979 champion is: The Washington Quarter Bicentennial!

Another patriotic bicentennial coin, the Washington "1776-1976" quarter was designed by Jack L. Ahr. On the reverse, the main attraction is a colonial drummer playing his tune. In the upper left corner of the drummer’s depiction is a flaming torch surrounded by thirteen stars. While there is a slight feeling of clutter, it is not overbearing. Probably the easiest of the bicentennial trio to find, likely due to it being a more common denomination, even the silver-clad ones are available in mint state for under twenty dollars. Why did the quarter edge out the rest? Because of the nostalgia factor. Truly the best numismatic representation and reminder of the patriotic celebrations of 1976, the Washington quarter bicentennial wins champion.

There is great information about each selected coin here.

Good series BUT we have gotten into the modern: boring era of coins. I could be wrong it's just my opinion.. Thanks.

True I suppose, but I'm gonna follow through and do them all

This is a good series picked up some good info. Thanks. Pat

Glad you are enjoying it