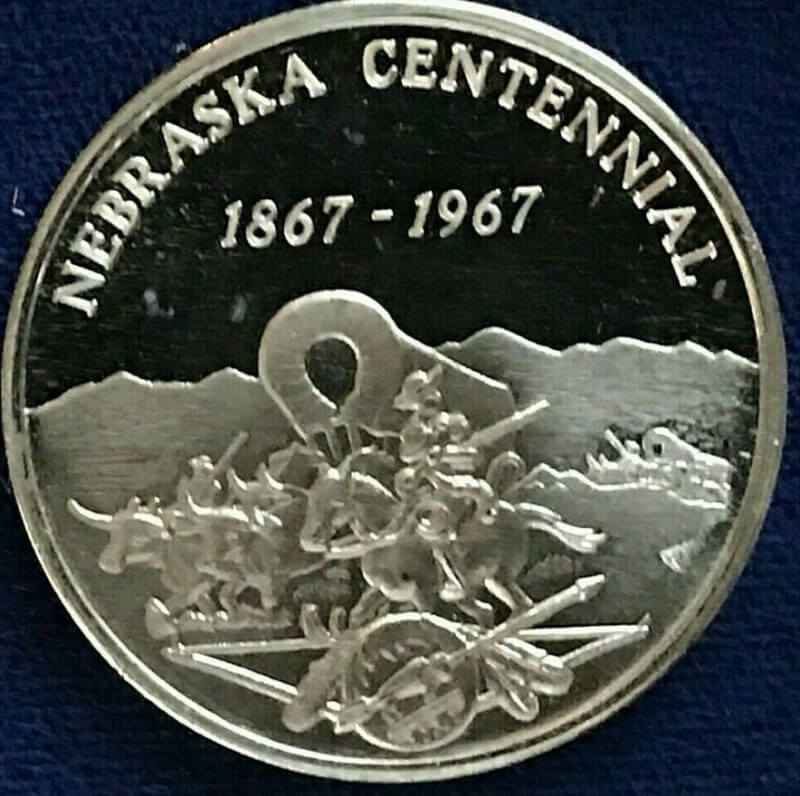 THE BACK BONE OF THE HOBBY

It has been a while since I posted a blog. I have  been some what lazy of writing my Coin Thoughts.  A thought came to me that local coin clubs are in my opinion, the back bone of the hobby. So, I thought I would high light the Omaha Coin Club which I am a life member.

The Omaha Coin Club was founded May 6, 1934. On July 1, 1934 the club became a regular corporate member of the American Numismatic Association and was admitted to life membership September 1, 1935 and holds Life Club Member #5 of the ANA.

The club's logo is an Indian preparing to spear a buffalo.  This logo was originally designed by T.R. Kimball of Omaha for the Trans-Mississippi International Exposition held in Omaha in 1898.

The club has produced three different medals using the logo.  First in 1967 for the Nebraska Centennial.  In 1984, the club used the die again for its 50th Anniversary medal. In 1991, the die was used to strike a medal (not shown) of Byron Reed for the Western Heritage Museum which houses his collection which includes an 1804 dollar.

A typical meeting starts with a business meeting , a break for refreshments, and followed by an educational program or auction.

Those images are great and suitable for a man who is a teacher like you. This is ART. Loved it

What a great club you have! Those Medals are wonderful! I love the Buffalo design! ; )

Absolutely. Coin clubs are essential for the hobby even in a digital world. The hoard has a few local coin club tokens/medals picked up because they struck me.

What a great logo, love hearing about the backbone clubs of our hobby, mine is the Western Pennsylvania Numismatic Society, they are currently meeting live every first Tuesday of the Month (tonight).

Those are very handsome medals!

Beautiful medals. I only wish there was a coin club near me. I do belong to a couple that are online. Like this one. The Madison one has been doing zoom meetings, I hope they continue that for a while. Great Thought SUN. Thanks.

With the Delta Variant, I estimate that ZOOM meetings will continue for a while in Madison.

Great coin club with awesome history. Coin clubs were really popular back in the day. Today membership is down but seems to be enough. Our club here in Harrisburg is doing well, but we always need active new members, willing to lead into the future. Like hearing about coin clubs and the history. Thank you.

Wow those are great club coins. Not to mention how long it's been in existence. I can imagine the things and coins discussed . That's when they made coins the right way sculpture then the die. Now it's draw it put it in a computer. Make the die with lasers . Those were the glory years.. . Thanks it sounds like a great club. Great blog my friend. Thanks.