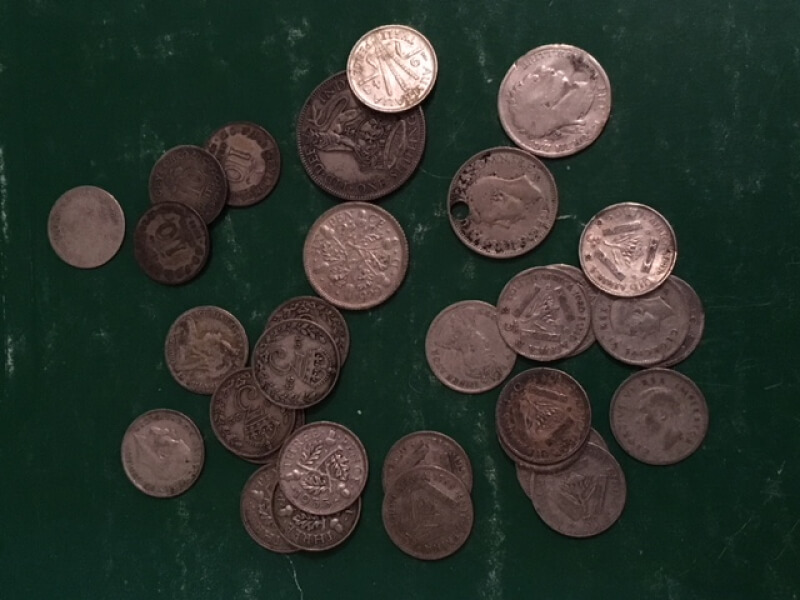 Numismatics and history are very closely connected.  From the earliest coinage to modern commemoratives, coins tell the story of triumph, conquest and tragedy throughout history.  They tell the story of kings and queens, of revolutions, exploration and innovation. This series looks at the history of the Modern World through the lense of 20 coins.

The British Empire suffered a setback after the loss of America in 1776, but emerged from the conflict with the groundworks for a future empire. They retained Canada and received territory in India and the Carribean as compensation.  Over the course of the 19th century, the British expanded their empire. Around 1800, the British conquered many of the Indian states, expanding their territory there from trading posts to a colony. In the second half of the century, exploration in Africa led to colonies there as well.

By 1900, the British Empire was enormous, covering Âž of the worldâs land mass.  It included colonies, such as Canada, India, Ceylon (now Sri Lanka), Australia, New Zealand, Cape Colony (later South Africa), Hong Kong, Egypt and large parts of Africa.  All of these territories issued slightly different coinage. Although they were all part of the same currency, each territory had a different design, and even a different composition.  (During World War II, the 6 pence and 3 pence from Australia had more silver than those of Great Britain.)

At the end of the 19th century, competition between the nations of Europe over colonies intensified.  The âScramble for Africaâ in the 1880s had sowed the seeds of dissent and nationalism that would ultimately lead to World War I.  Great Britain was in the lead in the colonial race, but the Russian Empire - larger even than modern Russia, ascendant Germany and France were competing to conquer more territory and out maneuver their rivals.

The reign of Queen Victoria was seen as the âgolden ageâ of the British Empire.  She reigned from 1837 to her death in 1901. During that time, great British explorers, such as David Livingstone, had explored previously unknown land, and claimed it for the UK.

During this time, Great Britain issued silver 1 penny âMaundy coinage.â  For hundreds of years, the penny in Great Britain was copper, but from 1838 to 1887, a special silver edition was issued in addition to the circulating copper ones.  The obverse has the bust of the iconic Queen Victoria, with a Latin inscription bearing her title as Queen of England. The reverse has the date in the center, split with a â1â in the middle for 1 pence.  Above the â1â is a Crown and the outside of the design has a wreath. The coin was struck Proof or Prooflike, with an annual mintage around 8,000. It was a very small coin, with only 24 cents (USD) of silver.  The later British 3 pence had about twice as much.

Not quite so rare are the territorial coins from the British Empire.  It is common to find coins (silver and clad) from the former British Empire at coin shops for low pricesâĶ

Throughout Queen Victoriaâs reign, huge changes occurred in Britain and around the world.  The Columbian Exposition in Chicago (1892) was a chance for the world to showcase its innovations, and was also the occasion for the first US Commemorative.

Next: The Columbian Exposition 1892

Photo by the Author

The many coins around the world that show alliance and allegiance to the British Empire are emblematic of the time when their power was never enough.

And with the 53 nations in the British Commonwealth, the Sun still never sets on the British Empire. Hail Britannia!!!!!!

I enjoy reading about the history behind the coins.

I missed out by one century. I collect tokens and coins from the 18th century and before. The workmanship is outstanding. Something draws me to these earlier coins. Thanks for your opinion I find all Brutish coins to be beautiful. Well not all but most.