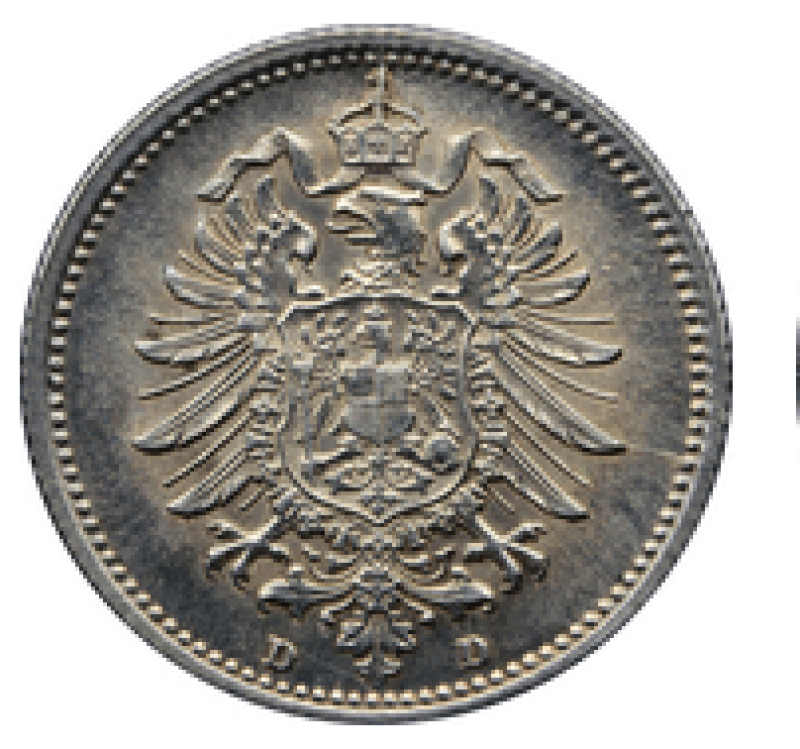 Numismatics and history are very closely connected.  From the earliest Bronze Age coinage to modern commemoratives, coins tell the story of triumph, conquest and tragedy throughout history.  They tell the story of empires and of revolutions, exploration and innovation. This series looks at the history of the Modern World through the lense of 20 coins.

The Holy Roman Empire, founded in the Middle Ages, was a loose series of Princely states throughout modern Germany.  After Napoleon broke up the Holy Roman Empire in 1806 after defeating the Allies, those states acted independently, without central government or empire above them.  As a result, there was chaos and disorganization. By the end of the 19th century, the nationalist movement was calling for a united Germany. The first step towards a united Germany had been in 1833, with the founding of the Zollverein - a single economic market encompassing many of the German states.  In the 1848 "Year of Revolution," plans were made by a Congress in Frankfort for a United Germany, which would include modern Germany, Prussia and Austria.  This plan was never fulfilled, but plans continued. Prussia, the leader of the German states, decisively defeated the Danish, Austrians and French in a series of three wars.

The culmination was in 1871, with the end of the Franco-Prussian War.  The Prussians had destroyed the French Army, captured the Emperor, Louis-Napoleon (nephew of Napoleon Bonaparte), and laid siege to and captured Paris.  The German Empire was founded in the Palace of Versailles, to the great humility of the French. The new empire was comprised of Prussia, Bavaria, Baden, Wurttemberg, Hesse-Darmstadt and many smaller states.  The creation of the new empire was engineered by Otto von Bismark, the Prussian Prime Minister, with the Wilhelm I as the new emperor.

After Unification in Germany, the Empire issued a new currency: the Goldmark.  One commonly circulated coin was the 20 pfennig.  It was made of silver, weighing 1.111 grams. Suddenly with so many people, the Empire had to strike coins at a lot of mints - 9 in total, with mint marks A-J (skipping I).  The coin does not have a bust of the emperor, but like most German coins of the time, bears the imperial eagle instead. The mint mark was placed under the intricately designed eagle.  This currency was used through World War 1, until the collapse of the German Empire.

At the same time, Italy was formed into a single nation for the first time since the fall of Rome in the 5th century.  King Victor Emmanuel II of Piedmont and General Giuseppe Garibaldi led the Unification in Italy. From 1860 to 1861, they united Sicily and almost the whole of the Peninsula into the Kingdom of Italy.  As in Germany, Italy suddenly had a single coinage under Victor Emmanuel II, instead of coins from a dozen major Italian states.

The Nationalist fervor in Europe would continue until the Great War in 1914.  That war would have a great impact on the history of Europe and its coinage. The map of Europe would be redrawn and new countries created.  But first, this series moves back to the United States, and a last look at the Spanish Empire.

and the Spanish-American War

1848: The Revolutionary Tide in Europe

thank you, an interesting topic!

Very interesting, thank you for your excellent research and blog.