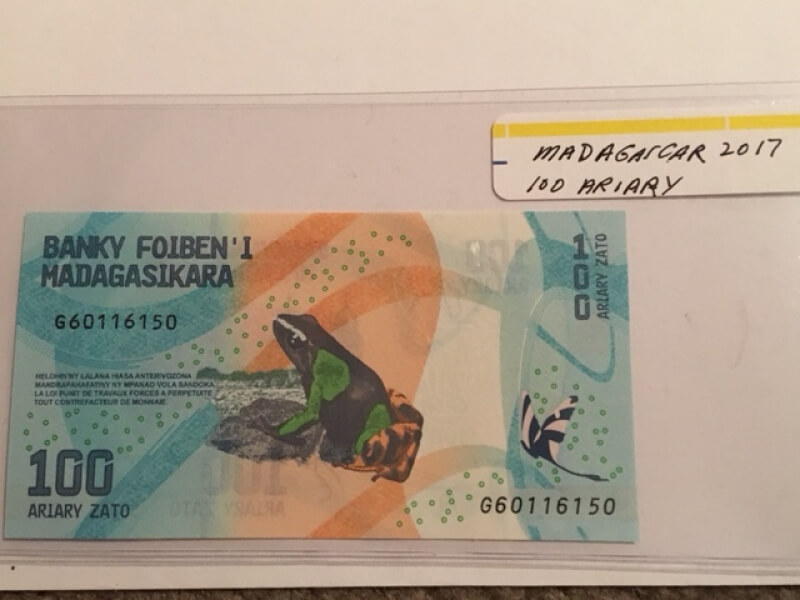 Although I generally focus on coins when I collect numismatic items, I enjoy collecting some of the basics on paper currency.Ā Here is a list of some simple notes I have collected:

When the US was on the silver standard, these notes were backed by silver.Ā You could turn in these notes for a silver dollar. When the price of silver rose, people traded in their paper money for silver coins and made a profit on it.Ā During times of war, countries usually froze the silver or gold standard to prevent a rush on their bullion reserves.

The silver/ gold standard was the origin of bank notes.Ā Banks would issue receipts of deposit, which could be redeemed for the amount listed in silver.Ā Eventually, these notes were standardized into specific denominations. People could continue to trade them for precious metals until the mid-1900s.Ā Today, these notes can sell for several times their original value.

When errors are caught in printing bank notes by the US Bureau of Engraving and Printing, they are replaced by replacing runs.Ā The replacement notes include a star on its obverse. The only one I have found was in circulation and not of high quality.

When I travelled to the United Kingdom, I found it interesting the different historical figures on the different notes.Ā The notes are less monochrome than American notes, with a wider variety of themes and topics than just Presidents and Politicians.Ā Authors, scientists and other famous people are the subject of British notes. The 5 Pound note features a stern looking Winston Churchill with Westminster in the background.Ā The Queen is featured twice - printed and as a security feature. Just how banks were the first to issue bank notes, the British bank notes are printed by different banks - the Banks of England and Scotland, and the Royal Bank of Scotland - not by the government proper.Ā This one is by the Bank of England.

The foreign notes that I like the most are the ones with wildlife designs.Ā These more "exotic" notes with beautiful animal and nature designs seem more creative and interesting to collect than ones that bear the same design over and over again.Ā (Now that the US has done several series of commemorative designs on the Penny, Nickel and Quarter, it would be interesting to see a change in the Dollar design as well). One that I particularly like is the Madagascar 100 Ariary Zato.Ā This note has a bright green frog, blue and white butterfly, yellow birds and a security mark of a zebu bull.

Have some of each thing you mentioned. Just love the artistic currency of many places around the world.

Great blog. I also collect some currency from the US and some foreign countries. My only problem is that we have so many different types to collect. I lean towards CSA and Military Payment Certificates. Some of these are very beautiful. Thanks and good luck.

Although I am not a serious collector of paper money,I do have some silver certificates. I also have some paper money from when I was younger. I signed up for a monthly coin program as a kid, where the business sends you coins and something every month. The company did send me some small paper money which I still have today. In a previous post I mentioned that I liked the old notes that have the bank and city on them. I have seen National bank notes at shows and might pick up a favorite city note. My wife really enjoys paper money for the beautiful designs and art work on them. Thanks for the post.

I have always had currency in my collection but I have never focused on it until recently. Now I am actually buying bills and enjoying them. Thanks for the thoughtful blog.

I enjoy the also. Star notes and silver certificates I get star notes our of a.t.m. Machines for some reasone. I wound up with a star note from the same year starting with the dollar all the way up to the hundred. I still need a two dollar. Take care thanks for sharing. Mile