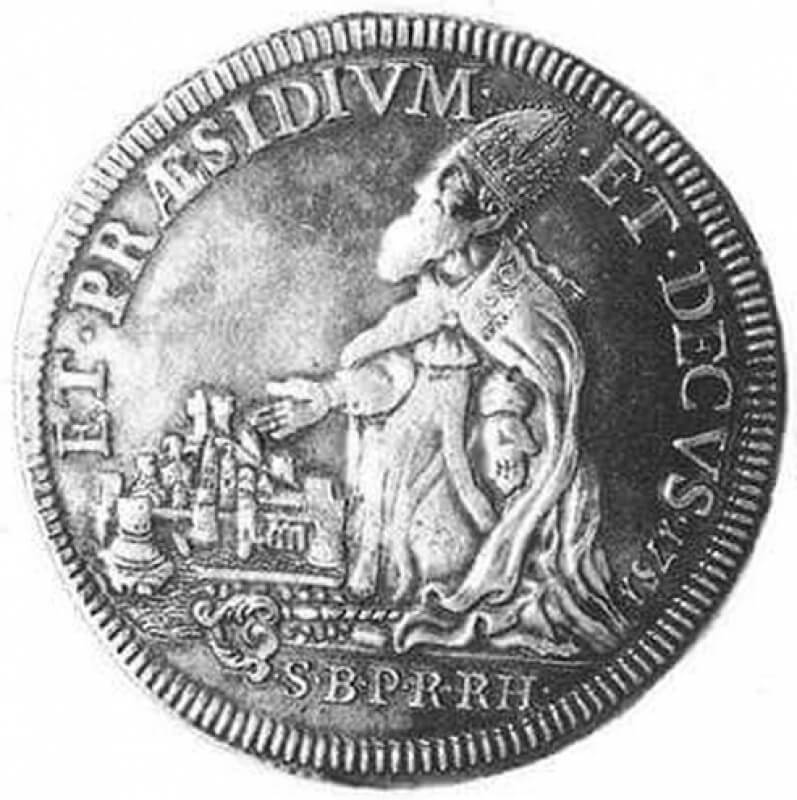 Almost a thousand years before the United States declared independence from Great Britain to form a new republic, there were independent merchant republics along the Mediterranean coast.  Although most are in modern day Italy, the Republic of Ragusa is not. Located in modern Croatia, it was more Italian than Slavic throughout most of its history*. Like Venice across the Adriatic, it was founded after the fall of Rome, in the 7th century AD.

The town of Dubrovnik, the seat of Ragusa, was built in a marsh (much like Washington D.C. a millennium later).  The region was under Byzantine jurisdiction, having been first settled by the Greeks, until 1205. Having grown as a maritime state, and due to its close proximity to Venice, the Venetians came to view Ragusa as a threat.  The Venetians attacked and conquered Ragusa, ruling it until 1358. It was in 1358 that Ragusa joined the ranks of free maritime states.â  Ragusa reached its peak between 1400 and 1500, benefiting from the nearby Italian Renaissance.  Ragusa was home to a pharmacy and orphanage by the middle of the 15th century. Its rule extended from Dubrovnik to the Dalmatian Islands along the Adriatic coast.

The decline of the republic began in 1667, when Dubrovnik was rocked by an earthquake, which wrecked much of the city and killed 5,000 people.  The Republic met its end in 1806, when Napoleon occupied the town; it was formally dissolved in 1808. Modern Dubrovnik is in Croatia, in the former Yugoslavia.  The town was shelled during a long siege as part of the Yugoslav Wars at the end of the 20th century. While much of the town was destroyed, its accomplishments remain.

Before its fall, Ragusa minted its own beautiful coins.  Having flourished with arts of the Renaissance, Ragusa struck a 1 Tallero pattern in 1751, which is both extremely rare and very sharp (in marked contrast to coins struck less than two centuries earlier).  The obverse shows the patron saint of Ragusa, St. Blasius. He kneels, with the city depicted at the feet, symbolizing his protection over the city.  Continuing with the religious theme, the coin depicts the Virgin on the clouds. The coin has a stunning amount of detail for something so old.âĄ The coin, unlike earlier, medieval coins, has a date (obverse) and a reeded edge, a practice introduced in the previous century to fight counterfeiting and coin shaving.  Shaving silver off the edge devalued the coinage and required frequent recalls and new coins.

In its day, the now largely forgotten Republic of Ragusa, traded across the Adriatic, Mediterranean and Black Seas, rivalled Venice, and issued its own currency.  Even three centuries later, we can learn a lot about our past from coinage, which is part of what makes numismatics so special.

*For this reason, I included Ragusa with the other Italian Maritime States.

â Ragusa was technically part of the Kingdom of Hungary, part was considered independent from 1358 on.

âĄAs a pattern, however, it is unlikely that it was circulated.

Just fantastic blog series you have. Thanks.

The design reminds me of a St. Patrick's farthing.

Loads of info! I am loving these world coin blogs! Learning more every day!

Thanks for sharing this information.

Fascinating, I am really enjoying your blogs!!!!

I think this is a very informative blog. I collect Brutish Conder tokens from the 1700's . In them are beautiful buildings build it the 1300's that some still stand today. So we have something in common. I enjoyed it very much. the time line and the history. Thanks for your work and research.