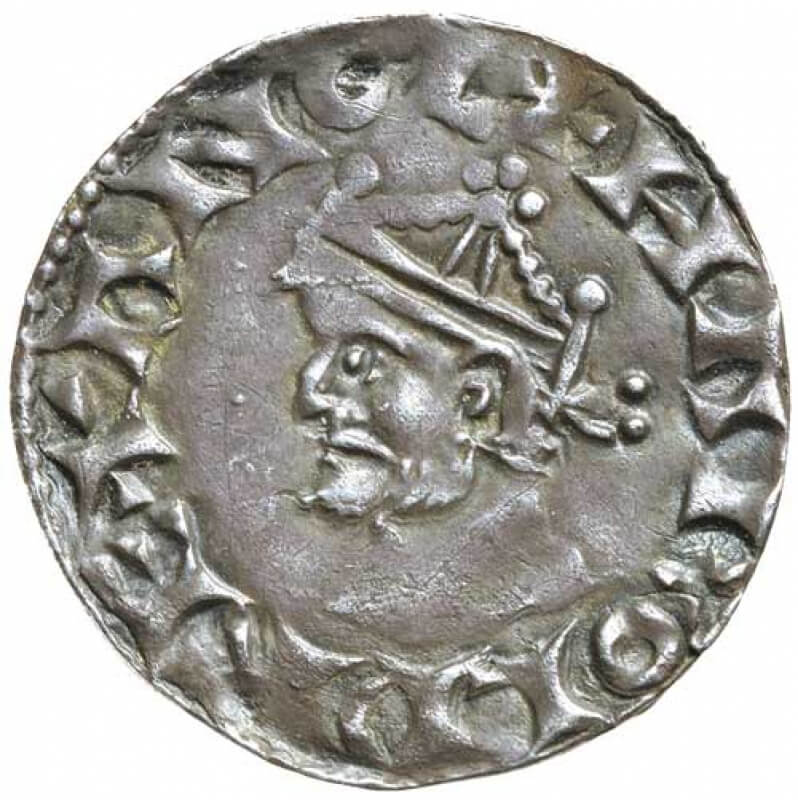 Numismatics and history are very closely connected.  From the earliest coinage to modern commemoratives, coins tell the story of triumph, conquest and tragedy throughout history.  They tell the story of kings and revolutions, of exploration and innovation. This series looks at the history of the Modern World through the lense of 20 coins.

In 1066, the King of England, Edward the Confessor died without an heir.  This left a succession crisis, with William of Normandy, Earl Harold Godwinson and King Harold of Norway as claimants to the throne.  Before his death, Edward supposedly promised the throne to William. However, when he died, only Harold Godwinson was present, and thus he assumed the throne.  Harold of Norway responded by landing an army near York, leading to the Battle of Stamford Bridge. In what proved to be one of the last Viking's last invasion, King Harold was defeated and killed by the forces of England.

Harold Godwinson rushed south to meet the invasion force of William.  Whereas the Norwegians had been under equipped and without armor, the army of Normandy had cavalry and archers.  These proved decisive, and Harold was now the one killed. Duke William became King William I, crowned on Christmas at Westminster Abbey.

This 1 penny coin depicts King Harold Godwinson, who ruled England for seven month.  Therefore, this coin must have been struck between January and October 1066, a much shorter mintage period than most coins from the time period.  A similar, more rare coin of the same denomination was also minted. That coin had King Harold with a scepter, representing royal rule.

Around the bust of King Harold is the inscription "Harold Rex Angl", which translates to "Harold, King of England".  The reverse has the Latin word "Pax" in the center, meaning peace or goodwill.

Why does Hastings matter?  With the exception of Dutch intervention in the Glorious Revolution in 1688, no invasion force ever succeeded in conquering England again.  The Jacobite Uprising, Napoleon and the Germans in World War II all failed to take the British Isles. And after facing 300 years of Viking raids, the death of the Norwegian king before the battle represented a turning point.  Additionally, so many of that invading force died after Stamford Bridge that it took a generation for Norway to recover. Consequently, this marked the end of major Viking raids which had cost to kingdom tons of silver and gold.

Today, Hastings is celebrated on British commemorative coins.  In 2016, the Royal Mint issued 50 pence commemoratives for Hastings, cast in clad, silver and gold, with over 6 million coins minted.  Other coins were issued by Jersey (1966), Tuvalu (silver, 2009) and Niue (silver, 2018).

I remember listening about this on a history CD. A very interesting battle, I believe the winning side was on top of a hill also.

I have been enthralled with the Battle of Hastings since I first read about it in High School. Hastings and the Year 1066 are literally part of my everyday life. Thanks for sharing this brief account of the importance of this event, I will now go to my Bayeux Tapestry print and say a silent prayer.

Great coin. History and research on the money. I enjoyed it very much. Thanks for taking the time.

Great history piece. Coins truly are a way to study history. Thanks.