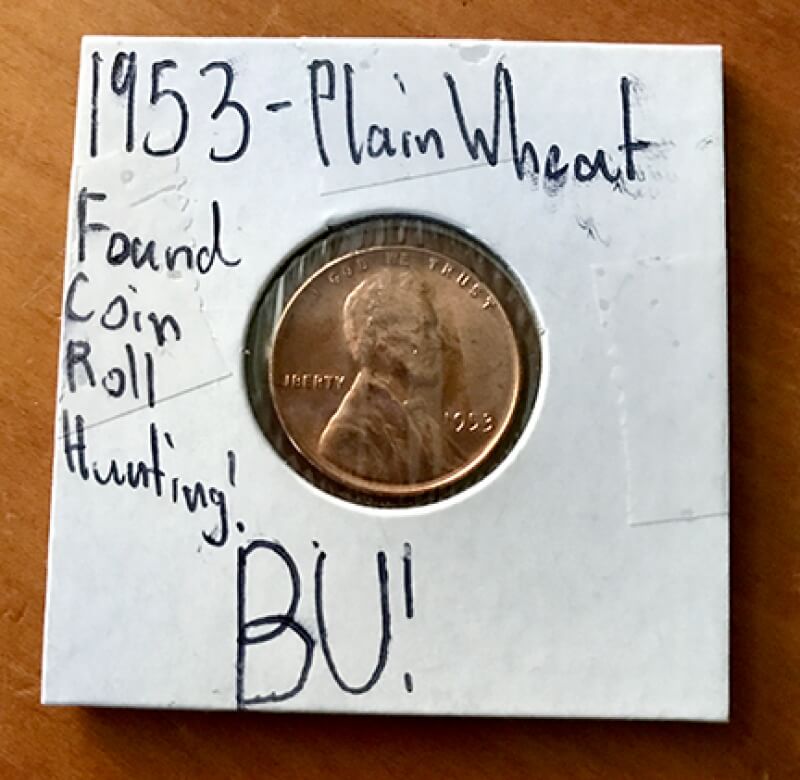 17 Aug 2017
So I recently searched through a box of pennies on the weekend that I got from a really good bank. I went to the same bank where I got the box of pennies that had the 1905 Indian head penny in it. I got back in the car, anxious to see what was inside. But when I checked to see if there were any enders, most of them were 2017's. My happiness faded away a little bit. When I FINALLY got home, i headed down to the basement to make a youtube video about the box of pennies(if you want to see my youtube channel, its riley the coin hunter!). I didn't think I would find anything cool. So far, I had found a few wheats, a stamped, and a couple other ones. I opened another roll that seemed to be another regular roll. Some of the edges looked shiny, but  I just thought they were some more 2017's. I poured them out, I skipped them through. and there it was. A beauty. It showed the obverse, so at first I thought it was a 1960's BU penny. But when I looked at the date... IT WAS 1953!!!!! I was flipping out about it. I thought I my eyes were playing tricks on me, but my eyes were perfectly fine. I recorded the incredible discovery on video. It was one of my best finds ever!

A real nice find. Congrats and keep it up.

Great find!! You said you found a "stamped." That can be an interesting and pretty exciting find too!

Great job! Keep looking...you never know what you might find! : )

Way to go. Interesting coins are still out there.

Good find im surprised it was still red in a roll!

I'm a hard core roll hunter. Some of the things to be found are amazing. That is a great find. Keep looking and good luck!

Very nice find. There is still plenty of good stuff to find for those patient enough to look.

I have been collecting twenty three years and I still go through boxes of cents. It's a lot o fun. And you never know what you will find. Congratulations. Keep it up. Mike.

Great find! I wonder where that coin has been all these yrs. Keep looking...who knows what you'll find next.

that is an impressive find. congratulations and keep it up