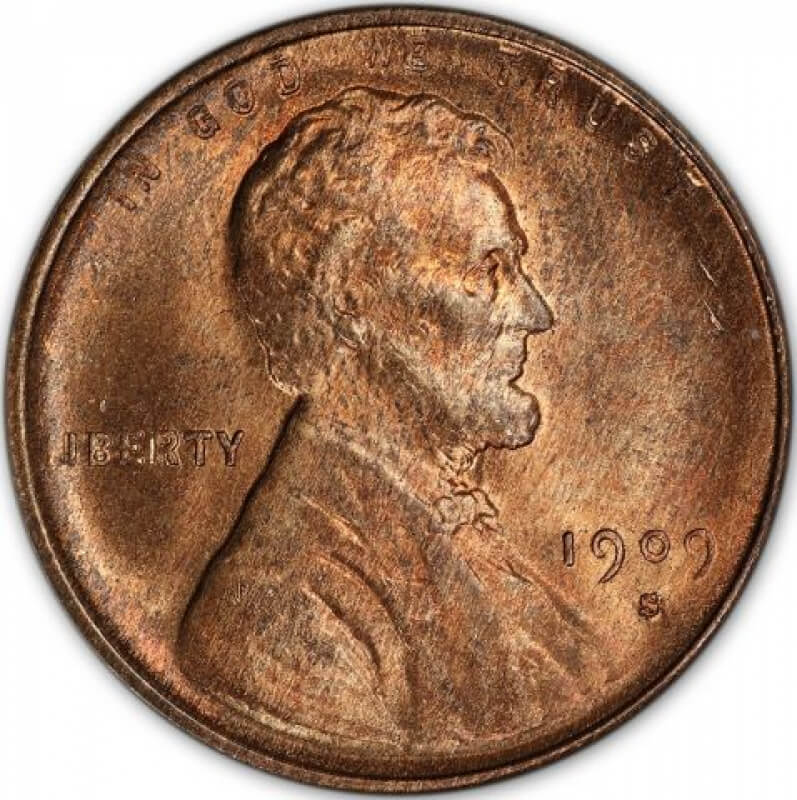 Lincoln cents have been made since 1909. 1909 would have been Lincoln's one-hundredth birthday.

So called "Pennies" have a face value of one cent, or one hundredth of a dollar. They do not have reeded edges. The current design features Abraham Lincoln on the obverse and a shield on the reverse.
Wheat

Lincoln Bicentennial
Lincoln bicentennial cents were made in 2009 to celebrate Abraham Lincoln's 200th birthday. There was four reverse designs, one for each of the four stages of his life. The "childhood" design features a log cabin, and the "formative years" design depicts Lincoln sitting on a log reading during a break at work. The "professional life" coin shows him standing near the old Illinois state capitol. The "presidency" design has a image of a half-completed capitol dome.
Shield
Shield cents started being made in 2010 and are still being used made today and will be for at least the next few years. They feature Lincoln on the obverse and a United States of America shield on the reverse.

Most of you know that this is my favorite series.... I love the blog! Thanks for the info! I hope to read more from you! Cheers, NM