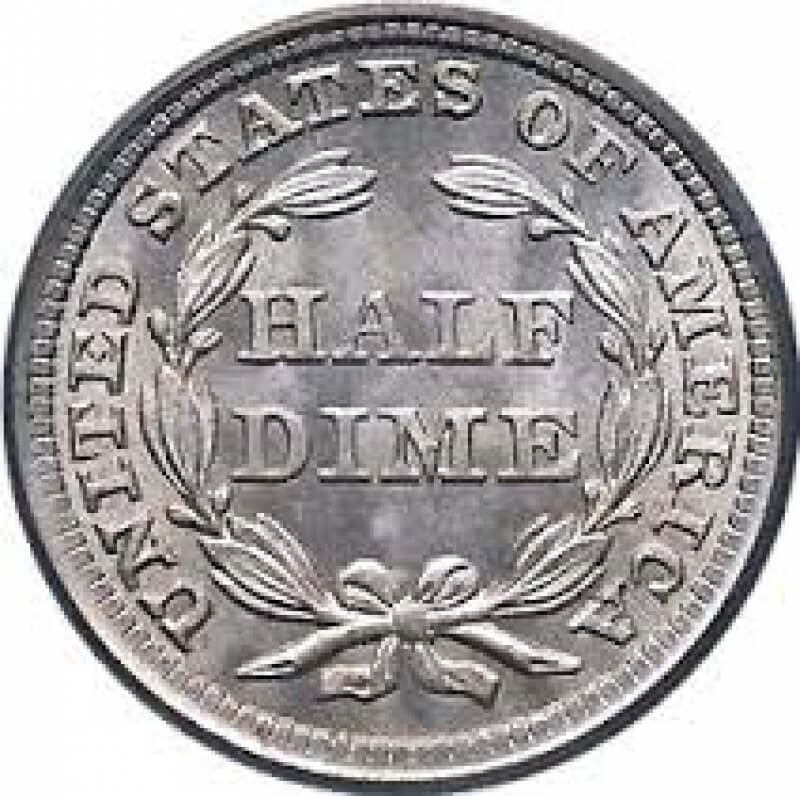 04 Oct 2015
The Half Dime is one of my favorite coins.  They were first minted as a 'Half Disme' but really uncommon and the counter part to the 'Disme'. Both of which, today, are very valuable.  Unlike the nickel, Half Dimes were made of silver, not nickel, and were roughly have the size of a dime.  Half Dimes were worth five cents, like the modern nickel. They were minted until 1873.  The following coin became known as the shield nickel and was made of copper and nickel.  The shield nickel is one of the few United States coin that does not picture a person or animal.  Shield Nickels are usually demanding of high premiums of twenty dollars or more.  The next nickel, the Liberty Head V Nickel was met with various problems.  One of which was the initial exclusion of the word 'cents.'  Since the similar size and design it was commonly gold plated and passed off as a higher denomination coin.  Following this the mint quickly added the word cents to the bottom.  Most do not carry a very high premium (with the exception of a few) and are available for around two dollars or less.  The next nickel became known as the buffalo nickel.  The buffalo nickel was flawed from the beginning with both 'five cents' and the date being the highest parts of the coin.  The only modification, however, was of the words 'five cent'.  Because of this, more dateless nickels are found than ones with dates.  Even though there are more dateless nickels than dated ones, they carry a very low premium, usually two dollars or less.  The following nickel, the first Jefferson Nickel was struck with the same composition as the past varieties.  Soon after that, however, the second world war started and demanded nickel for the war effort.  The nickels (commonly known as war nickels) were struck with thirty five percent silver and nine percent manganese.  The silver content in these nickels is often worth twenty or more times face value with silver being at around fifteen dollars.  These nickels commonly have a black tarnish and unattractive appearance.  After that they were returned to the original composition.  The design stayed the same until 2004.  The special design nickels with different reverses brought about the new obverse.  The second design featured the original Monticello reverse with Jefferson looking forward, making it one of the few coin where the person is looking forward.  The current nickel features the mint marks of Denver  and Philadelphia for circulation coins and San Francisco for proof coins.  Event though the long run of these coins has been positive, the future of the nickel has been in question with the value of the dollar becoming lower.  The metal in the nickel has even, at points, surpassed its intrinsic value.  This caused the government to make it illegal to melt pennies and nickels for their metal.  The mint marks on the Jefferson nickel are located next to the Monticello building on older nickels, above the dome on silver nickels, and on the front rim on the newer ones.  - Peyton Smith

Half dimes are among my fav too!

That was very well researched. Thanks for the work you did for us. I picked up something. M i ke

Thanks for the info!

Thanks for the history lesson! Nice article.

Great blog! Thanks for all the info!

Well written and researched. Thanks!!