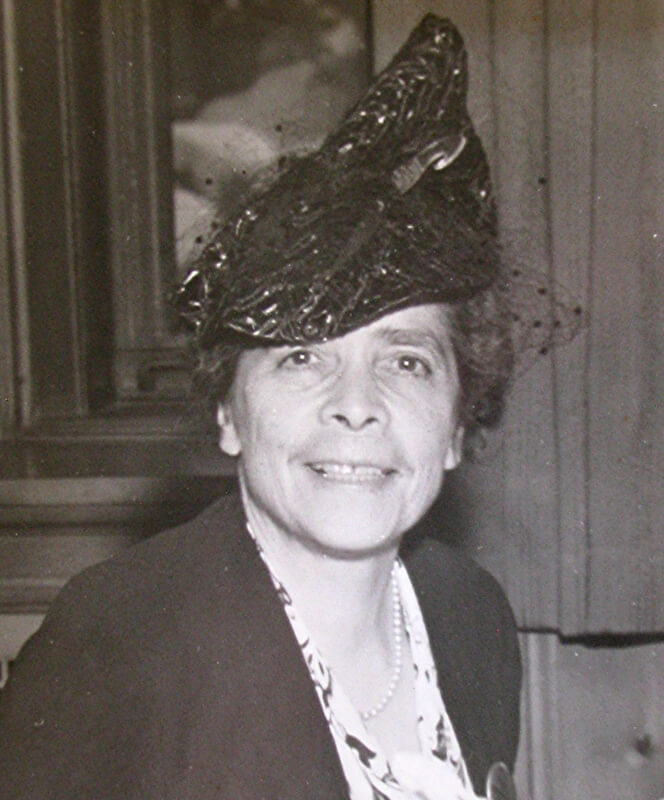 The seven-member United States delegation to the conference was appointed by President Franklin D. Roosevelt and included the Secretary of State, two Senators, two Congressmen, a Governor and just one woman - Virginia Gildersleeve, Dean of Barnard College,

Virginia Gildersleeve was known to President Roosevelt as she had supported the League of Nations after World War I, supported United States early intervention in World War II, helped bring a Women's naval reserve (WAVES) into being during the war, encouraged faculty and students at her college to engage in politics, and had campaigned for him.

She was conspicuous for her elaborate hats and is best remembered for persuading the conference delegates to adopt as an aim for the United Nations: "universal respect for human rights and fundamental freedoms for all without distinction as to race, sex, language, or religion." and requiring the appointment of the Commission on Human Rights, which under the direction of Eleanor Roosevelt, wrote the Universal Declaration of Human Rights three years later.

What a interesting story! Thank you!!

A very interesting topic. Thanks so much for sharing.

Im oearning more about the great womn in this hobby. Also the ones not in the hobby just great woman.

It is nice when you can tie history to numismatics.

Is that a tin foil hat?? Never knew of her before. She seems to have been way ahead of her time. Great woman for sure. My mom was a WAVE. Nice medal as well. Thanks..Great blog.

Never knew about Virginia Gildersleeve, Thank you for sharing your research, she seems to have been a remarkable woman The League of Nations never had a chance, once the U.S. refused to participate.