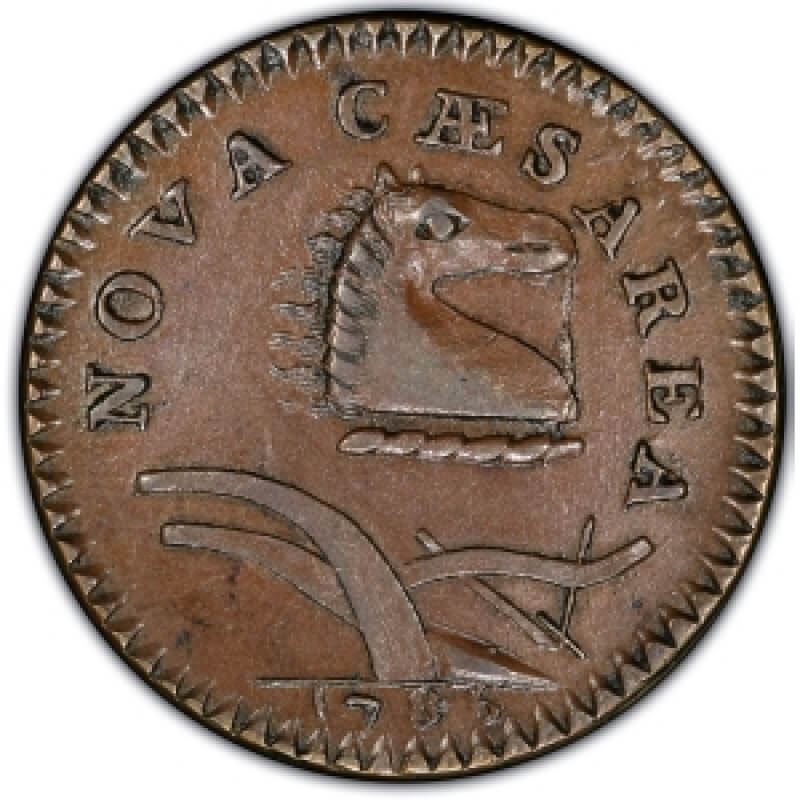 01 Apr 2018
The New Jersey Copper was minted from 1786-1788. On June 1, 1786, the New Jersey legislature authorized Walter Mould, Thomas Goadsby, and Albion Cox to mint three million copper coins at a weight of 150 grains each over a two-year period in return for a ten percent royalty to the state and the posting of a £10,000 surety bond. The coppers were to circulate at fifteen to the shilling and were to be produced within New Jersey.
The obverse of the copper displayed a plow beneath a horse head facing right with the legend NOVA CÆSAREA (as on the state coat of arms) and the date. The use of "CÆSAREA" is based on the ancient classical name for the Island of Jersey in the English Channel. The reverse of the coin depicted an American shield that is similar to one used on some of the confederation patterns along with the national motto as the legend, E PLURIBUS UNUM (One from many).
New Jersey coppers were the first coins to bear the national motto

Thanks for the information. I will have to look into those coins.

Can't wait for the series! Interesting blog! Thanks!

Thank you for showing interest in this series! Many more coins to still show

The pattern shield is much thinner that the one in the picture thanks for that. Mike.

Nice blog, will look forward to others.

Thanks for taking the time to read the blog! Can't wait to share more

I finally picked up one of these last year. They are a fascinating series with many varieties.

More varieties than I care to name off(x and yes they are very interesting coin. I love colonial coppers

I liken the coin they made many different designs. I like the pattern shield on the reverse. Great Coin. Thanks.

Colonials are fascinating but do not get the ink they deserve. I enjoy reading abt these coins.

I'm doing a series on them, so they will get some much needed exposure:)