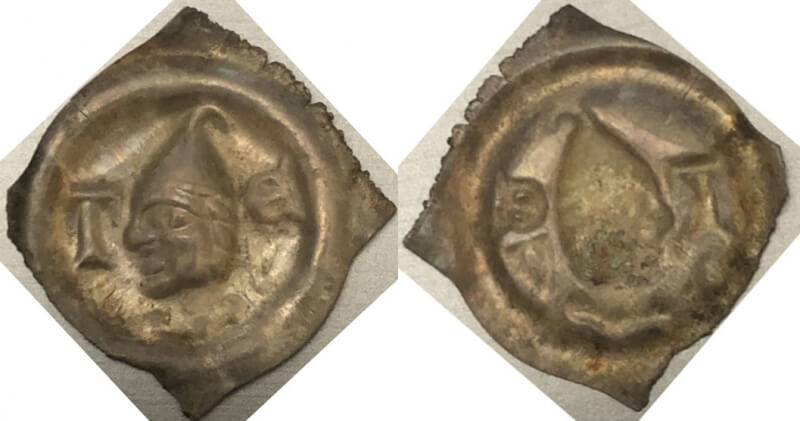 From Wikipedia: A bracteate (from the Latin bractea, a thin piece of metal) is a flat, thin, single-sided gold medal worn as jewelry that was produced in Northern Europe predominantly during the Migration Period of the Germanic Iron Age (including the Vendel era in Sweden). The term is also used for thin discs, especially in gold, to be sewn onto clothing in the ancient world, as found for example in the ancient Persian Oxus treasure, and also later silver coins produced in central Europe during the Early Middle Ages. 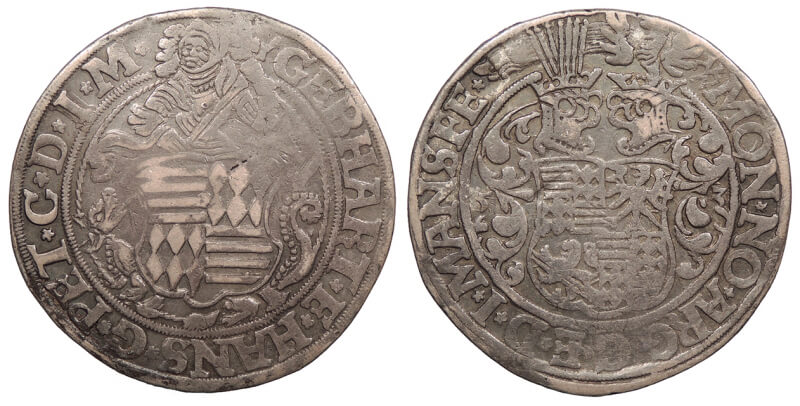 This is a piece that recently crossed my radar. German States Thalers are my primary collecting focus and the imagery on this one really appealed to me. I decided that I liked it but wanted to find one a little bit better. Well after a pretty thorough search I found that the condition of this one is pretty representative of the ones both available and recently sold. Actually, parts of the legend appear to be pretty sharp so I think most of the condition problems can mostly be explained by a weak/uneven strike. The look is very similar to the other ones I have seen.