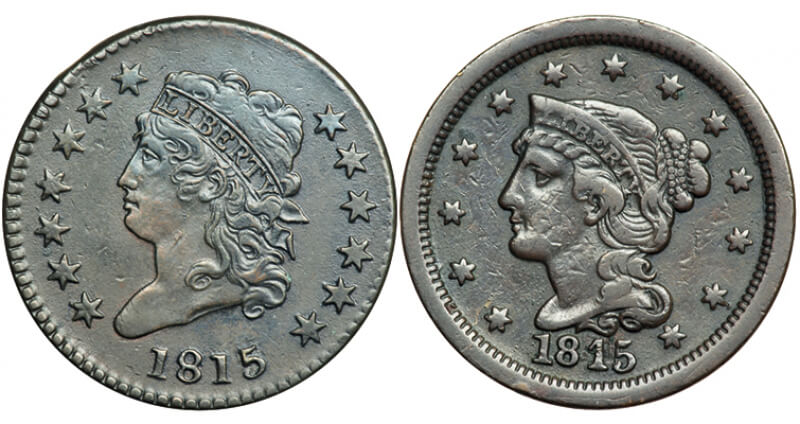 The Large Cent was not a popular coin.  Since many people disliked the coin they were put to other uses.  Here are a few; they were often bought in kegs and then melted for their copper, used as buttons, hotel keys, gun sights, gears, good luck pieces, made into saucers, they were also very commonly altered especially to the date 1815.  Large Cents were also used in food.  People would drop them into their pickle jar and the vinegar and brine would dissolve the large cent turning the pickles green.  Medicine was another interesting use.  A Large Cent was placed into a saucer and vinegar was lightly dumped on top.  The verdigris that formed was then given to the patient throughout the day.  Undertakers would put large cents on the eyelids of dead people to keep them shut.  These coins were minted from 1793-1857 excluding 1815 and millions were made.  But because of these uses many have been destroyed or made into culls.  So to sum it up people really didn't like the large cents.

P.S. These are probably considered as uncollectible coins.

I can not believe how much you wrote(I love it)

I'm not sure they were unpopular. A cent was a lot of money prior to 1857

I never realized there were so many uses for a Large Cent! haha Really interesting! ; )

I don't know much about this coin, this was all news to me.