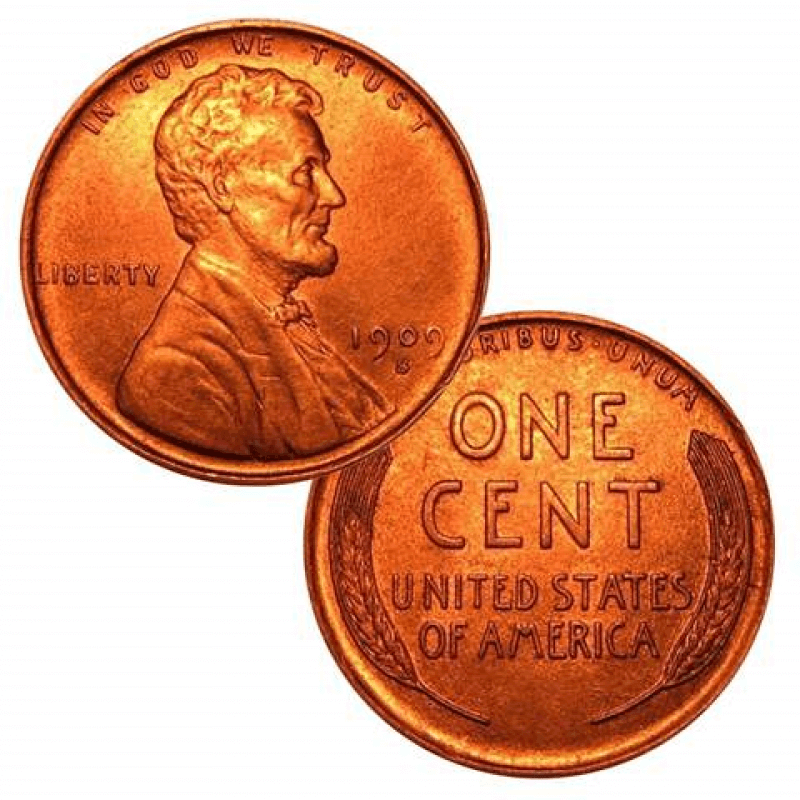 Beginning the 111th consecutive year of circulation, this weeks blog looks beyond the coin to an enduring phenomenon as the most popular of all United States coins to collect. A fascination that captivates collector and in ways, non-collector alike. As with most of us senior numismatists, a Lincoln Cent collection began by pulling them from pocket change to put in the old blue Whitman with the excitement of nearing an end to completion as another hole got filled. Most of us, myself included, still have these time capsules of sorts to remind us of our youth and how things have advanced in a hobby which we  enjoy. For some, as is with most beginner collector today, a plentiful supply at very reasonable prices only adds to the popularity. Whatever the reasoning may be, and there are many,  it would not be stretching to state that Old Abe will remain on the obverse of the cent for many more to come.

As I thought about this weeks topic, there are hundreds of books on the cent as well as thousands of online articles, none to my knowledge touch on the "why" aspect explaining the passionate response this coin embodies. One only needs to bring up the subject of ending this denomination to see how true that is. One can also include the opposite, those who dislike the cent, as it only adds to the appeal. No other coin has such a love hate relationship as the Lincoln.

Pondering on these things, which are many, I started from the obvious beginning in 1908. If you have read my past blogs, you'll know how I touched on the renaissance U.S. coinage encountered and how Augustus Saint-Gaudens almost designed the cent only to died in 1907 before it began. With the centennial of Abrahams Lincoln's birth approaching and many commemorative medals being created and sold beginning  in 1908, an anxious public began flooding the Treasury Department with letters asking about the new cent. It was, after all, public knowledge that a change was underway for all coin denominations and this was their means of conveying the approval made by President Roosevelt. With word quickly reaching Roosevelt, and  an avid  admirer of sculptor Victor D. Brenner, no time was wasted meeting to discuss the matter. This most likely infuriated mint officials as Brenner was a private individual not employed by the mint or Treasury. None the less, Roosevelt loved the 1907 desk plaque commissioned by the Gotham Manufacturing Company which Brenner designed. Not coincidentally the very same chosen for the cent obverse, although ever so slightly modified. With the designs finalized and dies prepared, striking of the new coin began in July of 1909 with a release date set for August 2. Despite the public's knowledge of the changes, newspapers reporting on the new coin, the mint chose not to have any images of it being depicted. As expected this only heightened the excitement as the day drew near. With dies on the way to San Francisco,  and 20,000,000 struck at Philadelphia, the mint began sending out shipments to Treasury branches throughout the country. What they had not anticipated was exactly how popular these new coins were to become as lines began forming on the morning of their initial release. Almost immediately the public consumed what quantities were on hand. While the mint tried to keep up, limits were taking affect (only a few per person in some locations), it wasn't long before they hit the secondary market where a single example reached around twenty-five cents before eventually settling to around a nickel as supply caught up. Does this sound familiar?

It should. Fast forward to 2017 and the release of the P mint mark. Only after an astute collecting community became aware had the general public began buying rolls and driving up costs. Yet again, despite knowing of their release, the 2019 West Point mint Lincoln. Adding fuel to the topic was the manner in which these were packaged. A passionate public's outcry of poor quality for an otherwise free coin.

So what is this strange fascination? Why do so many love them so much?

How many collectors started out as Paper Boys were we delivered papers by bicycle or just walking and also collected the weekly customer payments. Payments were always made with cents, nickels and dimes.

These were my Grandfather's favorite coins. We would spend hours upon hours sorting Lincoln's and putting them in folders.

Abe Lincoln was the reason a lot of kids (including myself) got in numismatics. So much that the ANA should bestow him with an honorary membership!

I love them. I received some gifts from coin rolling . It has started many collectors on the road .My wife came home from shopping the rule is i get the change she gets the food. Well on day she brought home a 1931 S. Red with some scratches but still in good shaoe. They made 866,000 cents that year. There are still Taken out there. I enjoy them and it's not a small topic . No coin is a small topic. I enjoyed It very much. Thanks I enjoyed it.

When I was a youngster, finding a 09-S VDB would be like winning the lottery. But never found one in circulation.

When I started collecting, the Lincoln cent was the coin for me also. I remember studying how to grade wheat cents. Looked for wear on Lincolns hair and the wheat stalks. Got pretty good at grading Lincoln cents if I kept it to good, very good, etc. 0 to 70 grading makes grading more challenging, but I am sure to come close to the professionals on Lincoln cents? My favorite date is 1931-S, which I have quite a few. Still love looking at Lincoln cents, and have been thinking of buying a big bag of wheats just for fun. Would look through them for fun and then probably donate them to a YN group to enjoy. Thanks for the post. These posts always get me excited to go looking !

That's a very good question. Why do so many of us old guys love the Lincoln cent? I think it is simply because many of us, as you stated, started collecting these from our pocket change. Whatever the reason, no one's going to do away or change it as long us us old dudes are around. Just my opinion. I could be wrong. P.S. Pleased don't tell me how much it cost to mint one. You will invariably be incorrect. Thanks.Þ

Like you mentioned, for most of us, it was our gateway into the world of Numismatics. In the Sixties, every 5 and dime sold coin supplies and coin folders, in the Sixties, it was still possible to find a 1909 Cent in circulation. In the Sixties, You could always count on Mom or Dad to have a pocket or purse full of Lincolns to peruse. Just like your first true romantic love, we never forget our first true numismatic love.