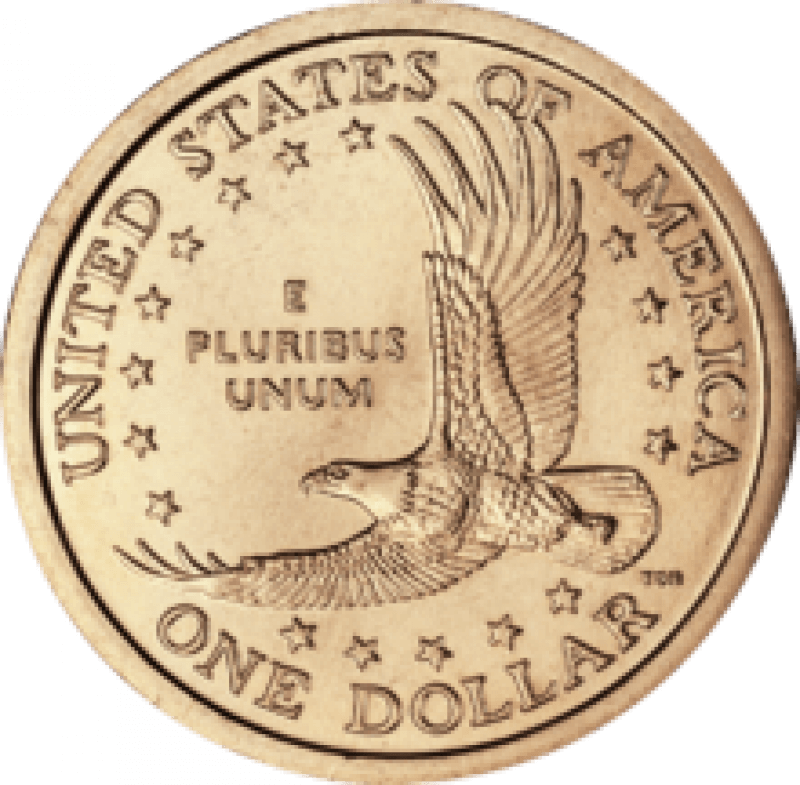 2008 marks a historical moment in the history of United States coinage with the striking of the Sacagawea Dollar. This was the final year for an eagle to grace the reverse of a business struck coin dating back to 1792 as the mint has begun redesigning the forth coming 2021 Washington Quarter. However, this is as of yet set in stone so to speak as the mint weighs public opinion per Thomas V. Johnson, Chief of Corporate Communications for the mint. Or at the very least left the door open in a recent Coin Week interview. https://coinweek.com/modern-coins/what-happens-to-the-washington-quarter-after-2021-us-mint-weighs-its-options/

Now some of you are reading this and thinking, "What about the Kennedy Half?". While true, despite still being struck, the last public release into circulation was in 2001. A case could be made equally for the dollar, yet they were more common in change than the half. When was the last time you received a half dollar in change? I can not recall ever getting one in my 45 plus years of collecting. Without asking, of course. What every the case may be, or your personal view on the subject, an eagle reverse coin will be all but gone from commerce and the pockets of the public in a not too distant future. So this weeks blog looks at the eagle from the beginning.  Enjoy!

Of the denominations struck, all but five had an eagle at some point in their design. These were the half cent, two-cent, three cent, one dollar gold and three dollar gold. Notice how the nickel was not included since technically the half dimse and half dimes are the same, five cents in value. So why was an eagle chosen as the reverse for U.S. coinage as written in the mint records of 1792? While a definitive answer may not be known, the choice was and still remains obvious. Strength and freedom, majestic in flight ever watchful and protective. The very things which the United States embodies as a nation. Emblematic designs conveyed by talented artists and sculptors in metallic form,  these sometimes forgotten every day discs of metal there to remind us. Over the many years some have stood the test of time as far as beauty and appeal. Others, not so much. In any case, the eagle has been viewed as "American" by the world and public in general.

With the yet to be finalized reverse for the 2021 quarter, the question arises as to how the U.S. is represented as far as coinage is concerned. It would appear as though the powers that be wish to be more politically correct. As if not to offend anyone through the use of a symbolism which the eagle stands for. Or perhaps to be more in line with the European nations. While disheartened beyond explanation as to the fact, I must also wonder if this is not a subliminal means by which we as a nation are going to be perceived. Upon hearing of the quarter designs to follow the America the Beautiful series, I have regularly voiced my concerns to the mint, the Treasury Department and several elected officials. I would challenge anyone who loves eagles on coinage to do likewise. Only then may we stop this from becoming the new normal.

So, what's your favorite reverse featuring an eagle? Thanks so much for reading!

Walking Liberty Half Dollar reverse to me is by far the best. The Mint is playing too much P.C. Political Correctness to ever again produce meaningful art on coins that represent the values of America (past, present and future). Sad to see.

Great blog. I did find one HUGE error though. Where you stated the mint listens to the public. That is a good one.. Anyway, great blog. For a heraldic eagle, I like the old 1849-1907 gold Liberty Head. For in flight, I have to go with St. Gaudens gold. For one on the ground, the Walker. Thanks.

I like the way you bring the story of the eagle together.

The local coin/bullion dealer I see sometimes always gives me a half dollar in change. I have a bunch of them and have threatened to bring them back and buy something with them. I like the eagle on quarters. Although any eagle is great to see. Thanks for posting.

The best eagle IMHO is the one that graced the reverse of the Liberty Walking Half, the worst Eagle, not counting those weird birds on our very earliest coinage would be the one on the back of the Morgan Dollar, a too skinny beard with a serpentine head and strange posture to be sure. I welcome any new design but think the Eagle should always grace the reverse of at least one of our current issues. But, as you mentioned, our only circulating Eagle will depart at the end of this year, it will be a sad and maybe symbolic day for an evolving nation.

That quarter in 2021 will be the last quarter of the America The Beautiful. Series.Started in 2010. I enjoyed your blog the way you break down our coinage. Well done. I love history and reserch. I will not stop till i find what really happened. I did that in my new blog. I thank you for enjiyable reasing and the great history. That bird i wont even call it an eagle looks like they just made soup. Sorry but it was done very poorly. Thanksn for your blog.