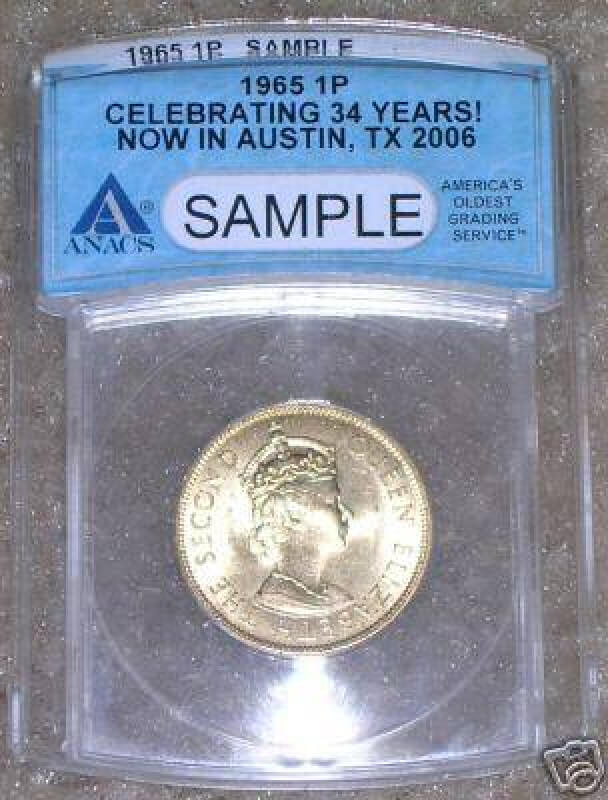 I recently purchased a 1935 Old Spanish Trail commemorative half dollar which had been previously slabbed by ANACS in a blue holder.  I'm pretty much an NGC guy by choice, but I have no problem with PCGS either. With the coin being the semi-key of the classic silver series, I had considered having it crossed-over to an NGC holder someday. Upon receiving the coin, I noticed the plastic (slab) had some hazing in a corner. The coin itself was fine, but the slab quickly became more and more unattractive, so I quickly sent it in to NGC. The submission included other coins, and when NGC received them they emailed my submission listing. Imagine my surprise when the 1935 Spanish Trail piece was not listed. I immediately emailed NGC, asking them to confirm they had received it along with the other coins. They had, and explained any coin slabbed other than PCGS for crossover consideration first had to be seen by the graders, even before it was cracked out of the slab, to even be considered gradable. This surprised me. First, it shows NGC is confident with PCGS, even though it is a major competitor. Second, it was a statement that anything else that crosses their desk which is graded by ANACS, ICG, or anyone lower than that, is questionable. Once the graders allowed it for grading, the coin was included in my submission listing, then cracked out, and returned to the grading room again to be properly graded and slabbed. Quite a journey! I have to say I was impressed with NGC's quality. Now about that old blue ANACS holder: I gotta say it was not an attractive slab, and I can see why they eventually went to the current yellow/gold. The ANACS blue holder looked like one of those cheap trinkets you find in a McDonald's Happy Meal, and was just not worth framing a $900+ coin with. Sad to say, my dental floss dispenser looks better.

*****2 Months later: The coin came back re-slabbed in a nice NGC holder with the same grade (MS64) which suits me fine. Even though it was a bit of a wait and a little $, it was worth it. While you should always 'buy the coin and not the holder" a nice slab does add what I like to call "curb appeal".

I almost decided to submit to ANACS because of the cheaper rates, but after some thought I changed my mind. I'm sticking with the NGC. Let us know how it goes!

I agree , the slabs ain't Purdy, I also sent some lower value family keepsakes to them due to lower cost, my top coins always go to NGC. I will only buy in order of preference, NGC, PCGS, then ANACS.

Interesting journey for your coin.

ANACS is famous because they are the only ones that use many of the Fivaz-Stanton codes and varieties that NGC and PCGS think look like month-old tapioca pudding (sorry, got the joke from Calvin and Hobbes). Other than that, ANACS generally stinks. I stick with NGC, and when cheapest, PCGS.

Interesting. Thanks for the blog!

I like ANACS. They are great for varieties the other guys won't touch. The slabs are easy to see in a box. Why are we looking at this coin, a sample, and talking about a commemorative. Either way this slab is nasty. Lots of people collect these sample slabs. Thanks.

Interesting, they should probably publicize that procedure prominently so there is no confusion. Maybe they are afraid of some kind of legal action if they overtly state they don't trust anything but NGC/PCGS grading. As an aside, I have had coins graded relatively recently by ANACS and their slabs seem to be made of really low grade plastic.

ANACS slabs are very ugly. Quite a journey that coin went on! I hope you got it all figured out!

That is quite a story!

I never liked the yellow holder. That was ugly. It took your eyes off the coin. Thanks. For telling us what you had to go through!!

For future reference, headlight restoration cream works wonders on slab scuffs. I use Maquire's and a six inch polisher. Like new every time.

Thanks! I'll remember that.

I see.... what a beautiful coin! And what an UGLY holder! haha! I love PCGS holder the best, but the grading standards of NGC make them #1 for me. I always look for NGC first, then PGCS. I tend to never purchase ANACS or ICG. Thanks for the update!

NGC holders are my favorite. I will buy a PCGS graded coin, but always look for NGC first. Just like the holders better. I have submitted to ANACS inexpensive coins just for fun. Some coins I had since I was young. Those old ANACS blue holders are not very attractive. Maybe be worth something someday to a slab collector? Looking forward to seeing your NGC graded coin.

That is a very unattractive slab! Let us know what grade it gets! Nice blog, have a nice day!