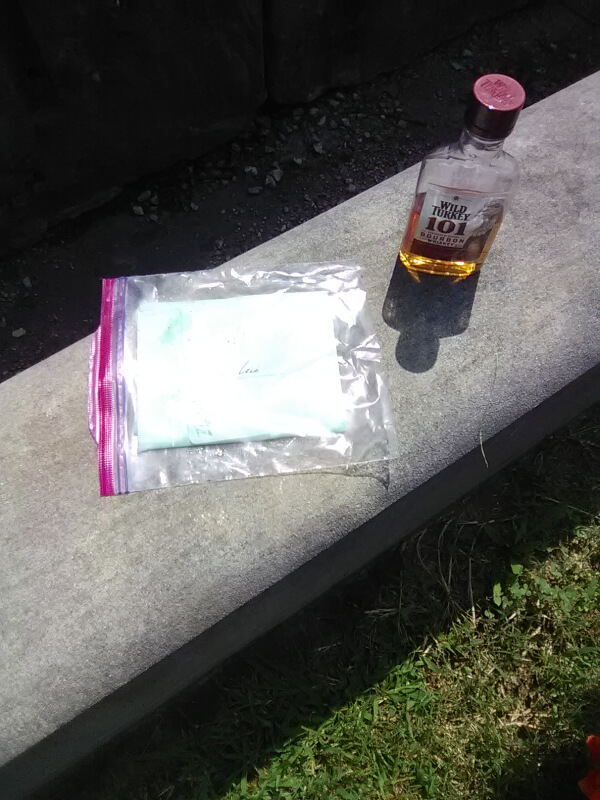 I've lived in Tennessee for about 30 years now and today finally took a little road trip and visited the gravesite (and death site) of Meriwether Lewis, of Lewis & Clark fame.  Lewis and Clark were probably the last great American explorers, and I rate them up there with Columbus, although their expedition was much more peace bearing. The events of Lewis's death are tragic. Jefferson had appointed Lewis governor of the Louisiana territory but Lewis had difficulty getting his pay and grew despondent. In 1809 he set out for Washington D.C. and stopped at a middle Tennessee farmhouse for the night.  During the night Lewis shot and killed himself with his own gun. Locals buried him where he fell, and in 1848 the Tennessee legislature funded a large stone monument for his grave. The state also named the county after him.  Lewis's grave is set in a quiet wooded area and when I visited it no one else was around.  I stayed for about 30 minutes. As a history buff, it's always something special to visit the grave of the historically (and numismatically) noteworthy and quietly "share their company" for awhile. I wondered what he would think if he knew he had been honored on a gold dollar, a silver dollar, a statehood (Missouri) quarter, and was the subject of four nickels, not to mention numerous appearances on currency and medals. Someone had left a bottle of whiskey (for him I suppose) and a sealed letter addressed to "Captain Lewis". I thought that was kind of classy. I then went back to my car and fished a Westward Journey nickel out of the console, and left it on the stone rail, hoping to start a new tradition. Rest easy, Captain Lewis.

Beautiful blog images.... I have similar interest in history, art and American life. I started following you today. THANKS

Really nice post, being an arm chair history buff I can appreciate connecting the pieces we collect with the real people and/or historical events they depict.

What a great gesture to honor a truly heroic man. Thanks for sharing his story.

What a story and piece of history.

Thanks for a great blog

Wow! I kinda got chills reading that one. Great tradition. I hope it takes off. Thanks. Another tradition? Back about eighteen and twenty-five I left Tennessee very much alive I never would have made it through the Arkansas mud If I hadn't been riding on the Tennessee Stud

Wonderful blog! What a story indeed and beautiful coin! Loved the tribute! Kinda reminds me of some ol' song lyrics... "The Tennessee stud was long and lean the color of the sun and his eyes were green, he had the nerve and and he had the blood and there never was a horse like the Tennessee stud"... ; )

What a story. One with several relatable personal experiences. In 2012 I pitched a tent at the Wagonhammer RV park along the banks of the Salmon River in Idaho (Route 93 north of Salmon, Idaho) that William and Meriwether traversed. Waking to the sound of that narrow river and the sight of the mountain ridge reflecting on their journey will remain forever in my mind. Another, none Lewis and Clark, was that I just toured the distillery in Lawrenceburg two months ago. Real whisky comes from Kentucky.

Great blog. I enjoyed the way you tell it. I think he knows he was honored. They were two great men and one of the biggest part of our history. Thanks for writing a real blog. That's how we learn

That might be a record for being featured on various coins. Wonderful story, thank you! Hmmm Wild Turkey! Most appropriate...