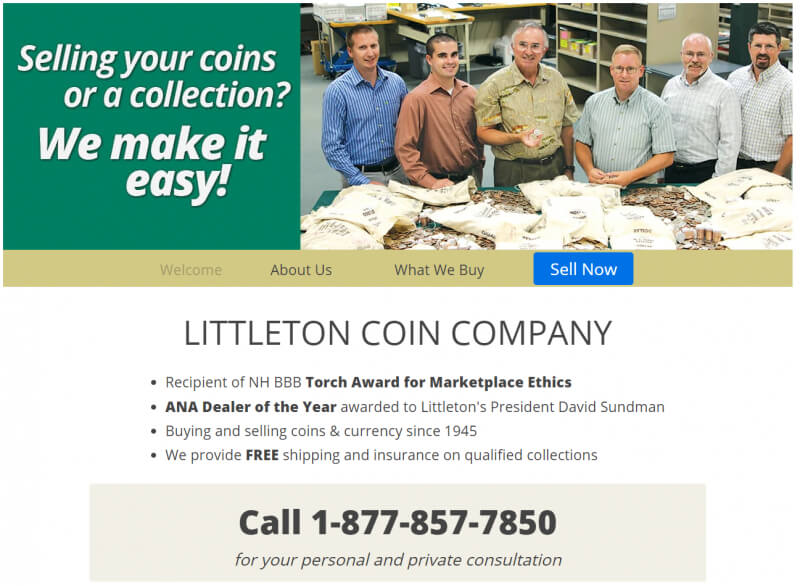 So folks. Second post  in YN's estate and final planing series of blog posts I do. Todya, I am discussing liquidation, point two on my previous post I did.
Liquidation is a complicated process. Of course, you want the biggest bang for your buck. but how to decide?
I believe that service is more important than money. Seriously. I believe in someone taking care of my coins, and sleeping with the comfort at night that my coins are being tooken care of by a caring company, rather that a company that gives me crud for service but a lot of money. Thing is, I also like more money...
To get the greatest bang, look for a knowledgeable dealer or seller that will give you a lot of money. However, don't jump to the most apparent company out there (yes, I'm looking at you Littleton). Look around. I recommend looking at many companies before settling the one YOU believe is the best deal.
Also, don't buy Franklin Mint Medals if you are planning to sell. Those are truly meant as novelty, and prices have not recovered from the 1970's silver market bubble burst. Here is an actually testimonial (courtesy of http://billhicksisdead.blogspot.com/) Note: Slightly edited for content
http://billhicksisdead.blogspot.com

A Sucker Born Every Minute: The Franklin Mint Ripoff
Ever watch one of those ridiculous Franklin Mint commercials and wonder how a company peddling such a blatant ripoff could ever possibly stay in business? I mean, just how dense, for instance, does a person have to be to believe a "one ounce silver collectable coin" contains much if any silver when it is selling for half or less of the current spot price of the precious metal? Well, now we know the answer as shown by this letter sent to Financial Advisor Malcom Berko and published in the Herald-News:
Dear Mr. Berko: During the past 25 years, I purchased more than $47,000 in collectible silver coins and beautiful non-silver coins from the Franklin Mint for my retirement because I thought the scarcity and limited-edition minting of these coins would drive up their value over the years and because I believed the silver content in the silver coins would also increase in value. Now I'm 64 and decided to sell these coins to a coin dealer who offered me $2,500 for the whole lot. He told me most of the coins were worthless, and the only coins that had any value were those with silver in them. I was devastated because when I was buying all those coins, the people at the Franklin Mint told me these coins were minted in limited production and would be more valuable to collectors in the future. I called two coin dealers in Detroit (these coins are too bulky to carry around) and both said they had no interest in Franklin Mint coins and said they don't know any dealers who would buy them from me. My son told me to write you because he said you might know of buyers for them, and at this point I'd be very happy to get at least half of what I paid for them if possible. Please help me if you can. And if you cannot help me, do you think I can sue the Franklin Mint and recover my cost? And could you recommend a lawyer for me to sue them?

Troy, Mich.
Dear DA: Certainly, you can sue the Franklin Mint. Frankly, it's their fault you purchased those coins, it's their fault you overpaid for the coins, it's their fault the coins did not increase in value and it's their fault the coin dealer in Troy won't give you $47,000 for your collection or the dealer in Detroit doesn't know a soul who would pay you at least $23,500 for your collection. And because it's the Franklin Mint's fault, I can't help you recover your costs. But some lawyers will do their best to get you a settlement, demanding an advance fee before they pick up a pen. However, that settlement will probably be a 20 percent discount on your next Franklin Mint purchase and no shipping charges. But any attorney I know will tell you that you don't have a chance in China for recovery.

In 1984, I purchased a die-cast, 1935 Mercedes Benz 500K Roadster from the Franklin Mint and sent them a check for $150. Although it was "to scale, " it was made in China, poorly and cheaply constructed; parts and pieces would fall off, and when the Mint wouldn't return my money, I tossed the Benz in the garbage. They also make limited edition plates, knives for collectors, figurines, Star Trek plaques and other ridiculous collectibles. One of the Mint's biggest coups a dozen years ago was the sale of millions of dollars of collectible plates, jewelry and dolls with the image and likeness of Diana, Princess of Wales. Today, that stuff isn't worth a penny, shilling or pound. You gotta be careful out there.

You overpaid for those coins by orders of magnitude. And you probably paid five or six times the value of the silver content for the silver coins you purchased. So while sliver has tripled in price since 1984, the silver value of those coins is still way less than your cost. I don't know of a single item produced by the Franklin Mint that can be sold today for its original cost. The Franklin Mint, like the Danbury Mint, the Washington Mint and others with grand-sounding names are selling organizations that place full-page, impressive and official-looking advertisements in local papers with high-sounding words that give the impression of U.S. government affiliation. (It's disappointing that some newspapers accept those advertisements because the acceptance gives instant credibility to those claims.) The advertisements always are carefully prepared with clever buzzwords designed to infer great value and urgency but grossly misleading to most readers who lack the knowledge to make an intelligent buying decision.

DA, you've been scammed, and there's no chance for recovery. However, I suggest that you separate the silver content coins from the hundreds of medallions and other junk coins and visit the coin dealers once again. But be mindful that most of those dealers will try to swindle you. They recognize you've been swindled before (they know this is Franklin Mint stuff) so they figure you are an easy mark. You may have to wear out a lot of shoe leather till you find a dealer who is willing to give you a fair shake. Then try to sell the worthless coins on eBay, and you might get 100 bucks.Okay, I've composed myself and am going to stop being so mean to the letter writer. After all, he or she really isn't any different than people who bought houses at the peak of the housing bubble because they believed the shysters who told them that home prices only go up, or people who have been furiously pumping their money into their 401(k) accounts and continue to do so even though they have seen little in the way of real returns these past 12 years and have actually lost a huge amount of their nest eggs due to inflation, or really anyone who falls for any of the countless scams being perpetrated by corporate America these days--fleecing their customers in pursuit of ever larger profit margins. Our whole "free market" economy has become one big swindle. The letter writer in this case just got taken a little easier than most people do.


Just as the guy said, he got totally scammed on the Franklin Mint Medals. Buy them for novelty, but don't buy them as bullion.

I've never really been interested in the Franklin Mint... Just my opinion. Thank you for your blog! ; )

Never bought from the Franklin Mint. I dont see an issue, if you really enjoy the purchase or for a present. Maybe not for investment. Coins usually are not the best investment anyway. Dealers need to sell what they purchase and offers are low compared to retail. My bank box holds anything worth while and will be easy to liquidate. Don't expect to make a profit, but it was fun and enjoyable!

As to the Franklin Mint, it is a good idea not to buy their medals. However, they also mint legal tender coins for a select number of countries. Coins and medals are vastly different. Medals have no legal tender status and anyone can commission the minting of a medal for any reason at all. Interestingly I collect both as they fit in with my collecting interests. Case in point, I own at least two coins that I know of off the top of my head in my collection that were minted by the Franklin Mint. The one is a 1974 Bahamas $2 coin. The other is a silver 1986 Philippines 25 peso coin commemorating Philippine president Corazon Aquino's first official visit to Washington. Both coins I had certified by NGC and their status as official coins is noted on the holder.

Way, way to many crooks in this field. They don't even try to be subtle. Everyone needs to be careful. So many people get blown away by these guys before they learn the joy of our hobby. Sad! I believe Littleton was the crooks of our Grandparents generation. We have TV and the internet. I'm talking to a lot of eBay sellers. Not all. There is a thread on a site I frequent, VamWorld. It is called Ebuyer Beware. It is 52 pages long today. Thanks.

It all boils down to know what your buying. Buy the book before the coin. No impulse buying. I never bought from the Danbury mint or the Franklin mint. Why they had looked to good. Sure they looked nice but once they got you hooked that was it. I have slowed down allot. . My sons and my wife get the coins. Melting is always good at the right price. Buy what you like. And on a budget. You have to know your dealers. Bottom line. Serch out prices. I mean in this day and age we should know what you can and cant sell. Thats a typical story from years past. Unfortunately i t still goes on. Someone once said you sell at the price you want. Its not always the price they want.Thanks.

Could the Franklin Mint's Pedaling of money be a numismatic crime?