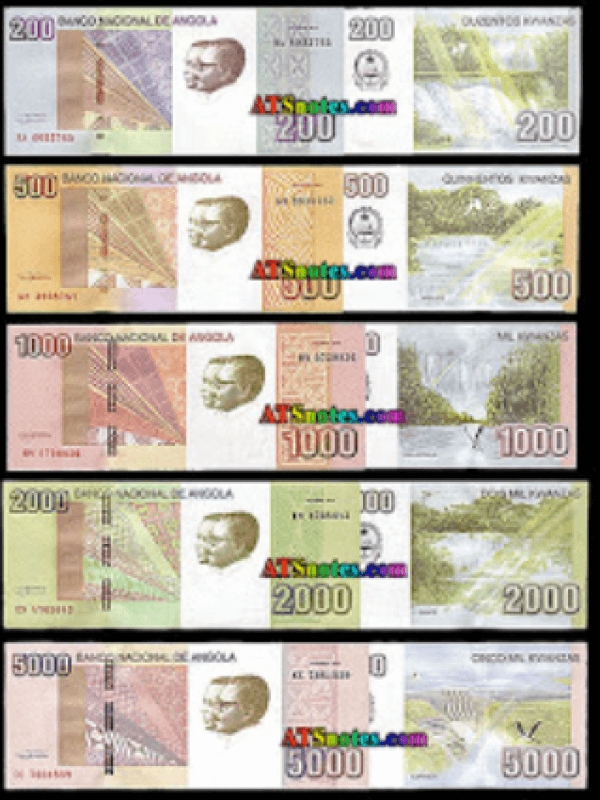 Modern Angola was first populated by the nomadic Khoi and San people, prior to the migration of the Bantu migrations, who permanently settled in the region. From these newcomers, came many factions, including the Kingdom of the Kongo.

In 1484, Portuguese explorer Diogo Cao reached Angola, colonizing it for Portugal. They founded the trading port Sao Paulo de Loanda, now modern-day Luanda, in 1575. The nearby town of Benguela was founded to handle the influx of settlers, which became a fortified town in 1587. The colony became a hub for the Atlantic Slave Trade until Brazil declared independence in the 1820â€™s.

In 1670, the Portuguese turned on the Kongo, which would turn to be a disaster. The 1681 invasion of Matamba also failed. Angola soon became quiet, until an illegal slave trade sprouted in the 1830â€™s, which the Portuguese was so inept at handling, that the British Royal Navy had to do it for them.

After World War II, a group of Black-Angolans began to support nationalistsâ€™ groups challenging Portugalâ€™s rule. In 1961, after the nation refused to cave in, an armed conflict broke out, which the Portuguese would quell after 12 years. However, this did not stop the underground war that was taking place at the same time. During the time, the local Communist party (groan) began to form a coalition to take out the Portuguese Army in Angola once and for all. They did their part, but a successful coup in 1974, back in Lisbon effectively ended the Portuguese reign in Angola. During the power vacuum left by the departure of the Portuguese Army, three factions all staked claims to the nation, including the MPLA, getting supplies from Castro. This soon led to the MPLA taking the nation, which led to civil war, which would not end until 1991, with the democracy-led faction winning.

Stability is in the nation today, who has been faced with many government turnovers.

The currency in Angola is the Kwanza, named after the Kwanza River, which runs through the capitol Luanda.

Following the Communist takeover following independence in 1975, the nation issued the First Kwanza (AOK), which lasted until 1990, when the Communists where ousted. All of their coins are made of a cupro-nickel blend, just like the coins that are in circulation here in the United States. Banknotes were also issued, in denominations up to 1000 Kwanzas. These, as all Communist nations do, feature the date of their independence (11 DE NOVEMBRO DE 1975) in big bold print.

After the civil war ended the commies, a new currency was issued, the Novo Kwanza (AON), which suffered from mass inflation.

Due to the rampant inflation facing the Novo, the Kwanza Reajustado (AOR) was released, which suffered a worst fate then its predecessor. The inflation was even higher, and it was scraped in 1999.  No coins were released.

Finally, a new currency was released in 1999, with coins returning to glory. This time, copper plated steel coins were used for the lower denominations, with cupro-nickel and other metals utilized as well. Bills were redone. Lucky for the nation, this currency has lasted.

Steve walks warily down the street
With his brim pulled way down low
Ain't no sound but the sound of his feet
Machine guns ready to go
Are you ready hey are you ready for this?
Are you hanging on the edge of your seat?
Out of the doorway the bullets rip
To the sound of the beat yeah

The coins and historical information is right on spot. I also didn't know this, but have now expanded my knowledge base. Thanks for a great post and the coins are great looking!

Not a lover of Queen. Dark Side of the Moon is my speed. Colorful notes. Interesting history. I knew nothing of there coinage. I guess this is as close as I get. Thanks to you.!

I can just picture Mike tripping out to Pink Floyd. I bet his favorite Pink Floyd album is Animals! Lol!

Okay, I'll be THAT guy. I hate Queen, turn the radio station hearing the first few notes. Now that that's out of my system, it's nice to see more blogs on foreign coinage. Nothing like expanding your horizons.

Well done review of the history and coinage of this Nation. ; )

Another one bites the dust by queen, lol! These are fun! Yeah Angola... Look behind the local commies and anarchists and you will find the hand of Russia in the 60s through the late 1990s. Then after Reagan broke the back of the USSR, the communist party if China began their insidious takeover of the continent Very cool coins! I recently beefed up my African coin collection in a big way.