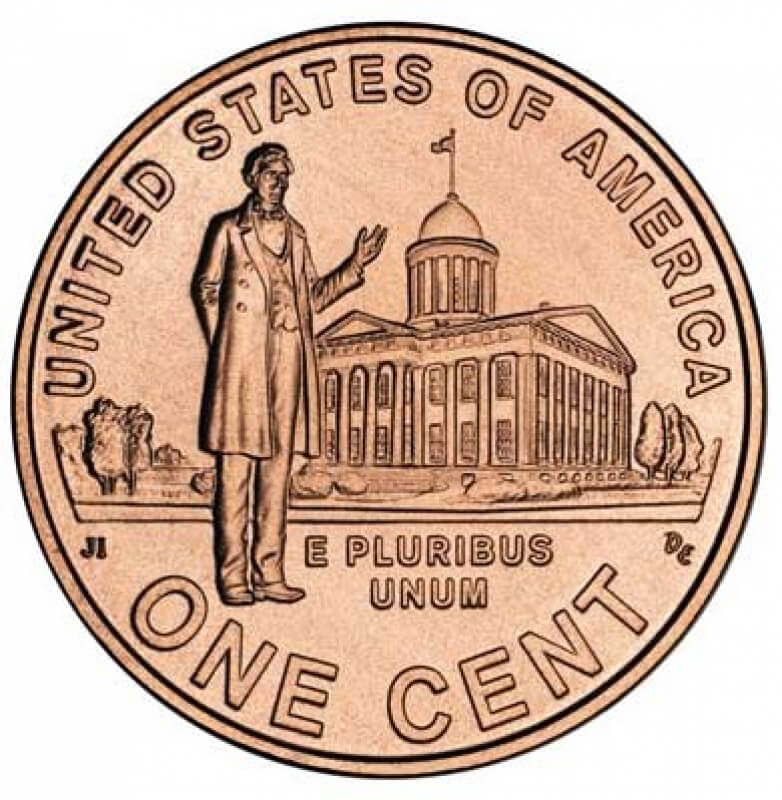 I have chosen to show a particular set that my wife, who I do not deserve, purchased for me a while back.  It is the four coins of the 2009S Lincoln Commemorative Bicentennial Cent program.  While these coins can be purchased on-line in the $15-$25 range they are not graded.  My lovely Spousal Unit purchased a 2009S Proof Set from NGC and they are graded PF 69 Ultra Cameo, no I would not consider trading her in, I'm talking about my Spousal Unit, not the coins!  Lol.

I have ordered something for let me say "Grandson X's" Christmas, however if it is not to my liking, I am going to give him this set instead.  Of all the kids and Grandkids he is the only one with any interest in coins.

2009 brought us the US Mints bicentennial of the birth of US President Abraham Lincoln, as well as the centennial of the Lincoln Cent.  In 2009 these coins were released displaying four different designs on the reverse of this coin.

This program was brought about by the Presidential $1 Coin Act of 2005.  One provision of this bill authorized a redesign of the reverse of the Lincoln Memorial Cent and replace it with four different reverse designs depicting a different time in Abraham Lincoln's life.

Our 16th President was born on February 12, 1809 and the original Lincoln Wheat Cent was first produced in 1909 to honor the centennial of his birth.

The third coin represented "Professional Life in Illinois", nicknamed by some, the "Illinois Penny", this coin honors the early professional life of Lincoln.  On the reverse of the coin is a young Abraham Lincoln standing and speaking in front of the Illinois State Capitol Building in Springfield, Illinois, Mintage;   P-316,000,000, D-336,000,000, S-2,995,615.

2008 and the special designed 2009 Lincoln cents marked the end of an era.  In 2010 the United States Mint started producing the "Union Shield" design, but that is a different story for a different blog.

As with many of us, I started collecting Indian Head and Wheat cent coins, and as such this set really strikes me as special.  Not worth as much as my recent 75th Anniversary ASE, but overall, I like it better!  You see, even at my age, I still have that young kid inside that says, "Wow, what a neat coin!"

Amazing coins! I always loved the design on the reverse of the 2009 pennies. Great job!

These are beautiful! What a great gift!

Really cool, I don't see 4 coin slabs very much. Maybe it's because I started collecting this year so I don't have much experience.

I am weird and one day randomly searched through every nook and cranny on the NGC website (side effect from quarantine), so I can say I am familiar of them

I have been collecting for 7-8 years, and this was the first I have heard of them too! Cya round!

Very nice article! I love these coins. Low mintage and might as well be commemoratives. A great gift for a collector of any age. He can have fun collecting the whole set with the circulation and sms strikes. They are becoming a bit harder to find and some are getting pricy. But that is what Granpa is for!

Well thought out and researched topic. I thought these were a great idea when first issued, and still find them just as attractive to day, since it's the number one collected series. And that means more interest from the younger and new additions to the hobby.

My favorite was the final design.

Nice gift. Relatively speaking , 2009 is very low mintage to other years in this century.

You are so lucky to have someone who will appreciate that set. I got no family interested. Their loss. Good blog.

Awesome coins and a great present. Gifts for the kids are great. They will really appreciate them as they grow up. Your wife is fantastic !

I lose these coins so much! I purchased this set for myself last christmas. Thanks for sharing! Cheers, NM

Gorgeous cents! I'm glad you have a grandchild who is interested in coins.

Awesome set! Your Grandson will love it!!

Ditto @ Mokie, your grandson will really appreciate this set! The log cabin reverse design is special to me, because a few months ago I actually visited the Abraham Lincoln Birthplace

This was a set I think brought more kids into the hobby. Regular collectors went for the whole set.. These coins are beautiful and each one tells a story. I enjoy them very much. I think it's a classic four coin set. Thanks for your research and a great blog. About a great man .

A beautiful set, Your Grandson is going to be thrilled!!!!!